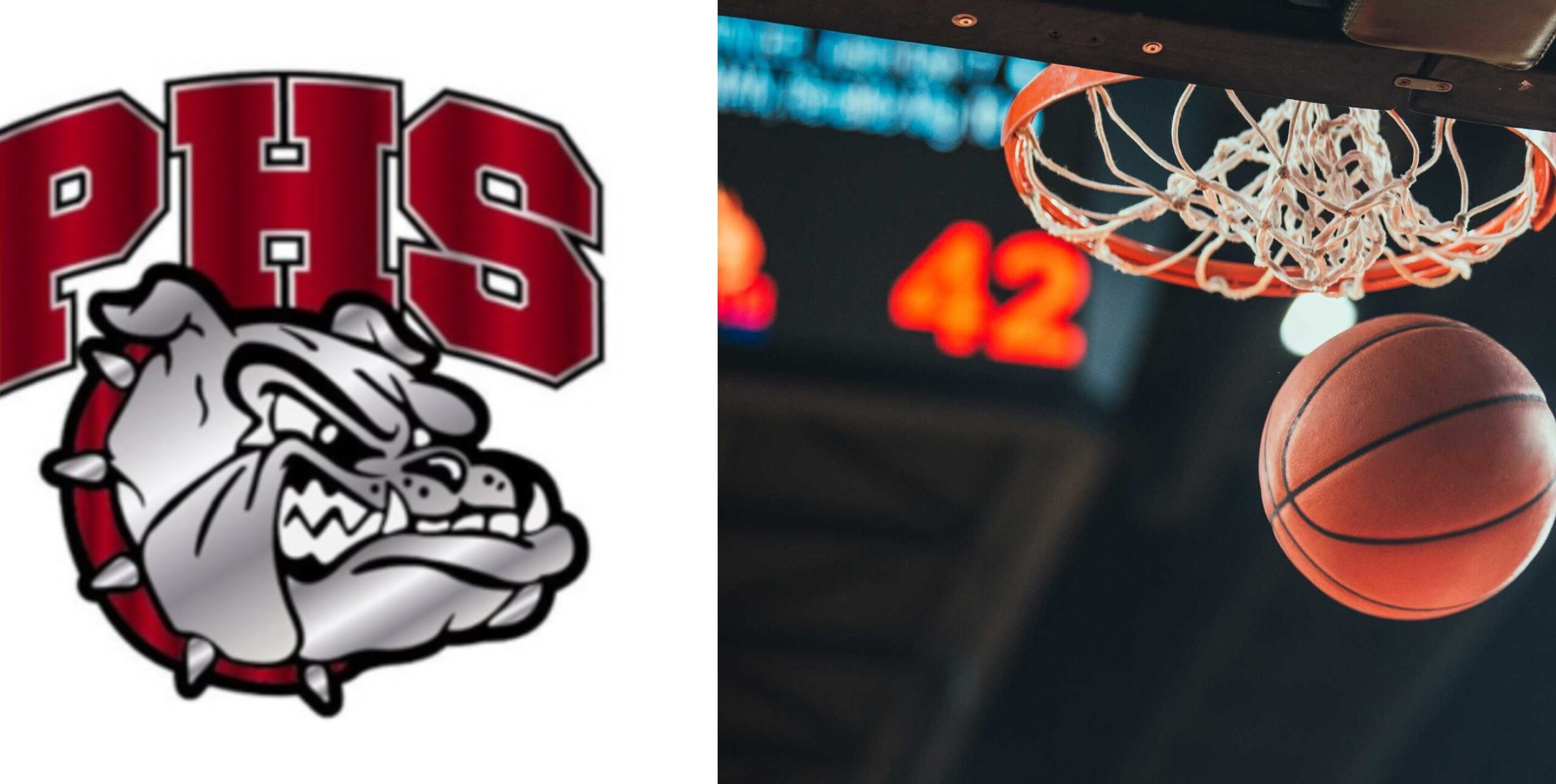 Boys Basketball: Pasadena inched even closer to an outright Pacific League championship on Tuesday night. The Bulldogs defeated visiting Burbank, 67-47, and improved their league record to 10-1. With three games to play in the regular season, the Bulldogs lead second-place Crescenta Valley by one game. If CV was able to catch PHS, the Bulldogs […] 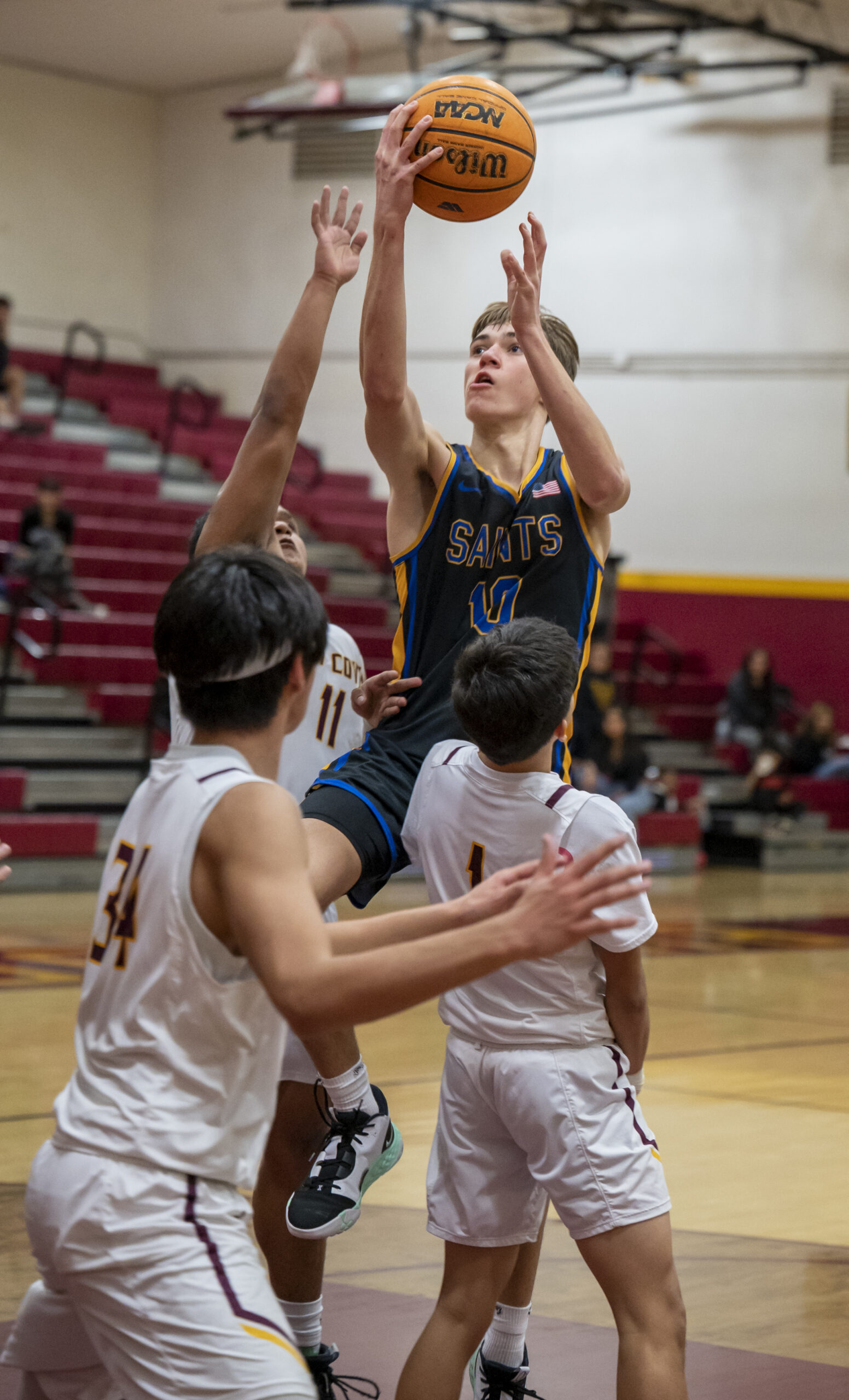 Photos by Robert Ketterling Boys Basketball: San Dimas is on the verge of a Valle Vista League championship. The Saints cruised to a 75-41 victory at West Covina on Monday evening. With three league games to play, SDHS has a two-game lead over second-place Diamond Ranch and a three-game lead over third-place Covina. On Monday, […] 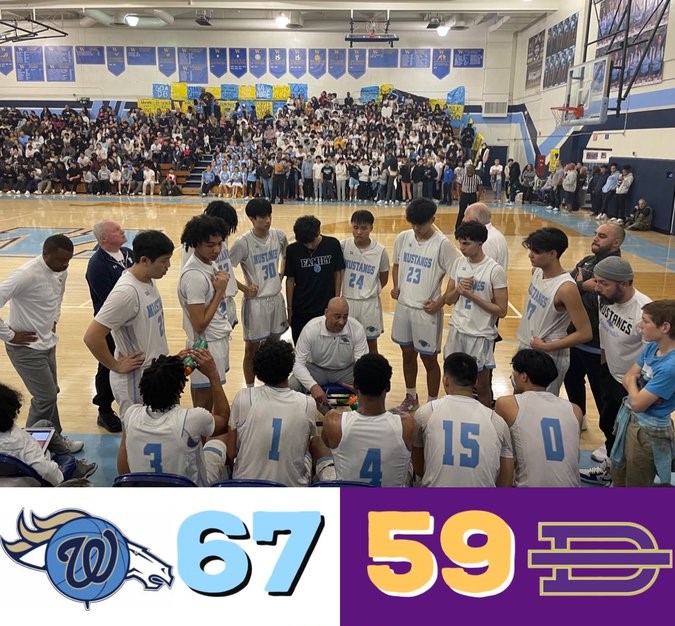 Boys Basketball: Twenty days ago, Diamond Bar handed Walnut a nine-point setback in the Hacienda League opener for both programs. On Friday night, the Mustangs evened the score, defeating the Brahmas, 67-59, and with four league games to play, DBHS and WHS share the league’s top spot. Malik Khouzam led Walnut with a game-high 22 […]

Boys Basketball: Etiwanda took over sole possession of the Baseline League’s top spot on Friday night. The Eagles used a 25-14 run in the fourth quarter to edge the Spartans, 57-53, and EHS is now 5-0 in league play. Amare Campbell had a game-high 19 points, including a pair of 3-pointers for the Eagles. Curtis […] 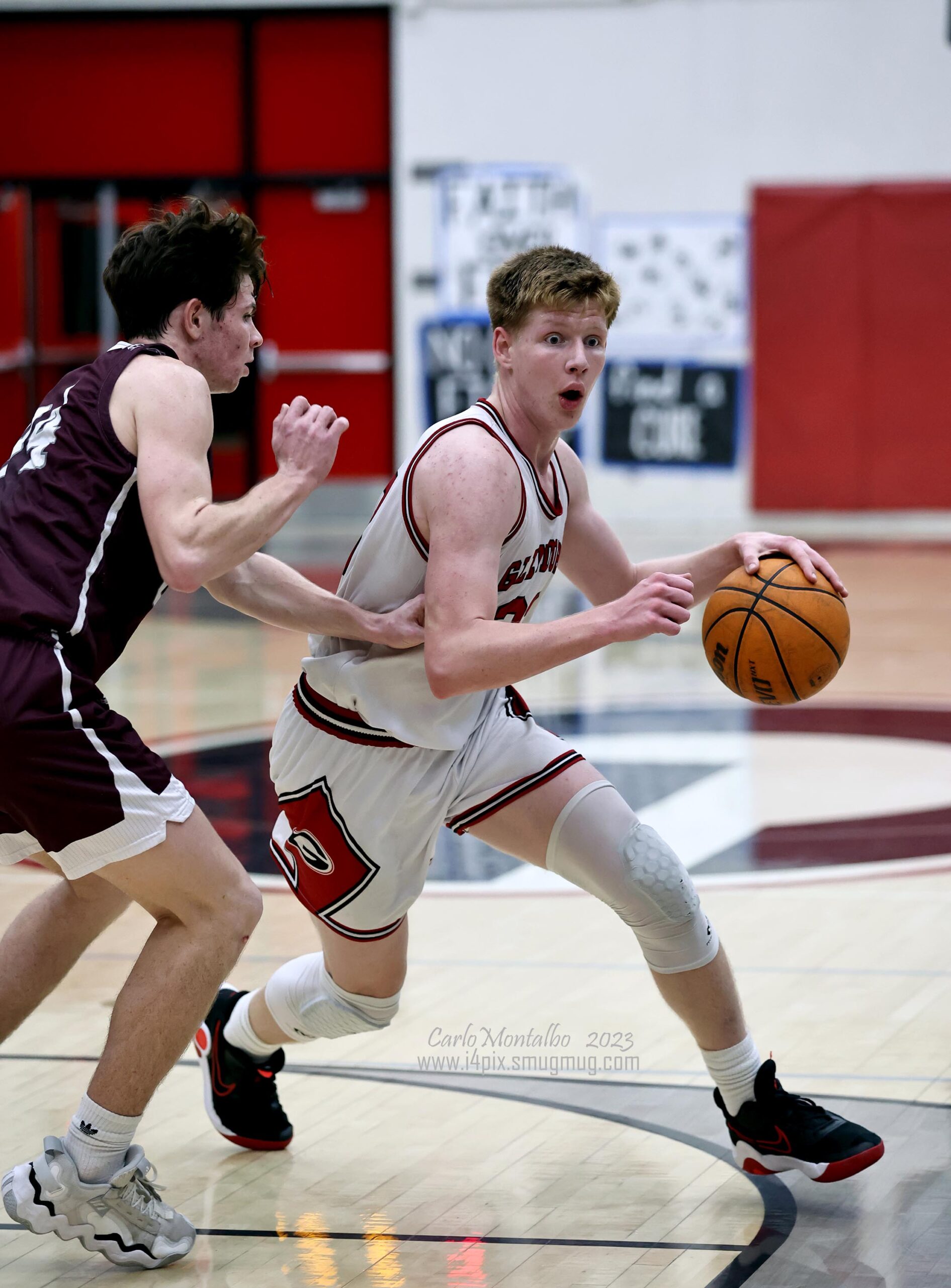 Boys Basketball: Glendora cruised to a 62-34 victory over last-place Claremont on Friday. With four games to play, GHS is one-game back of first-place Colony, and they have a two-game lead over third-place Ayala. Colton Gray led the way with 12 points, 10 rebounds, five steals and three assists. Max Hilgenfeldt finished with 11 points […] 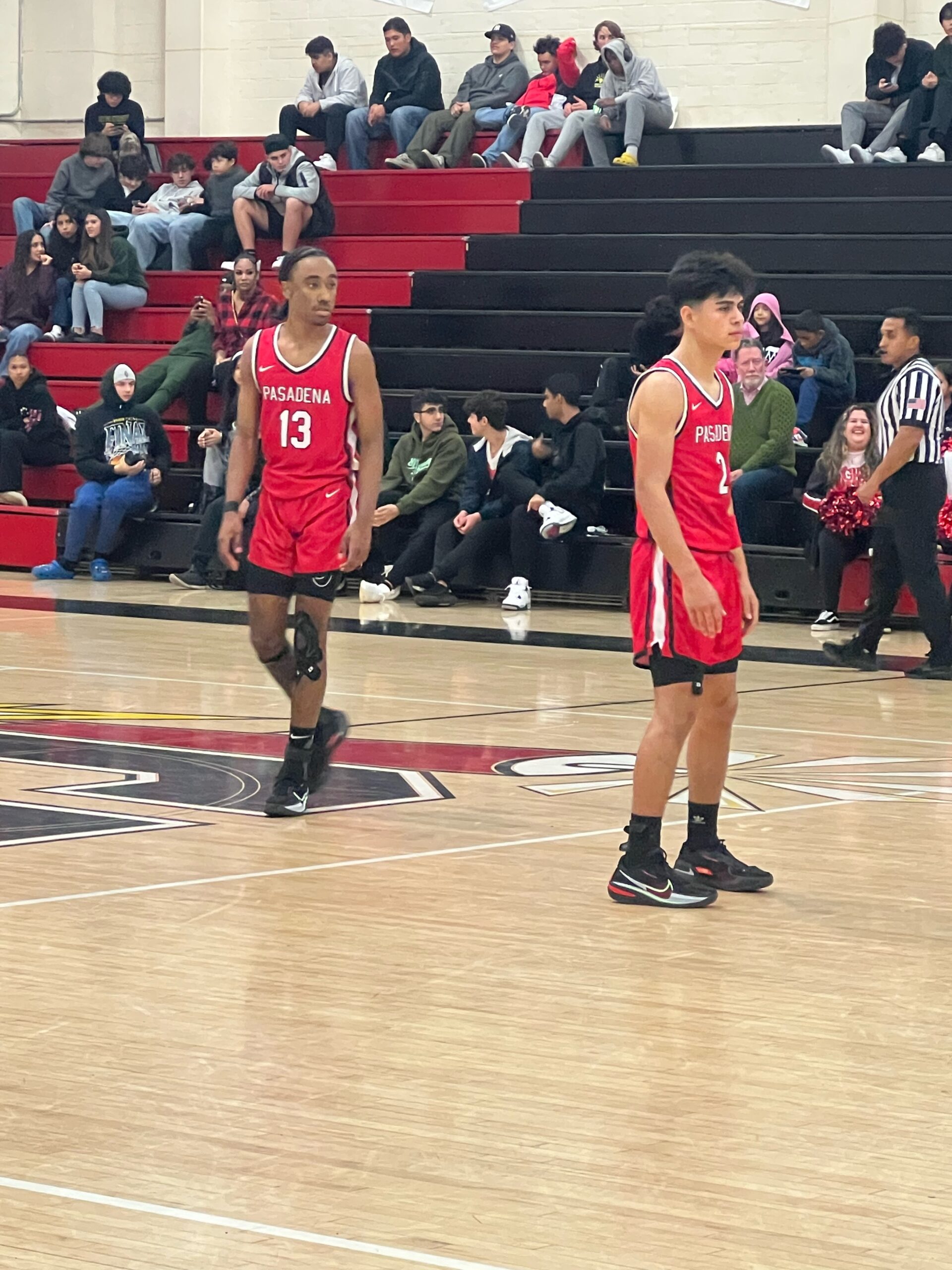 Boys Basketball: Pasadena inched closer to a Pacific League championship. The Bulldogs picked up a 63-51 victory at Glendale on Friday night. Jovan Jester led PHS with 17 points, while Fidel Cabrera and Jason Guyton chipped in with 16 points apiece. The Bulldogs (9-1) hold a one-game lead over Crescenta Valley with four league games […] 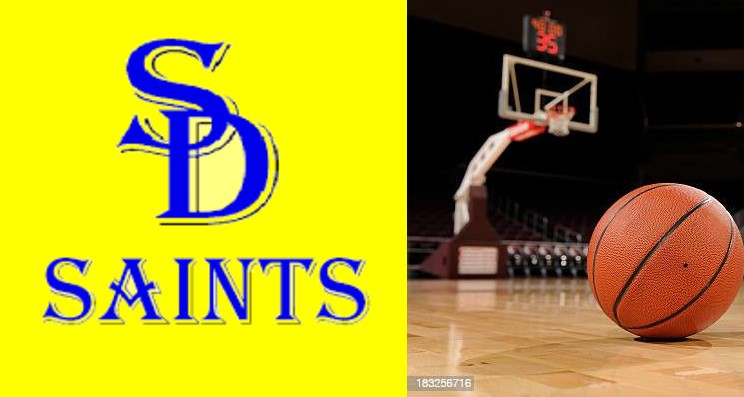 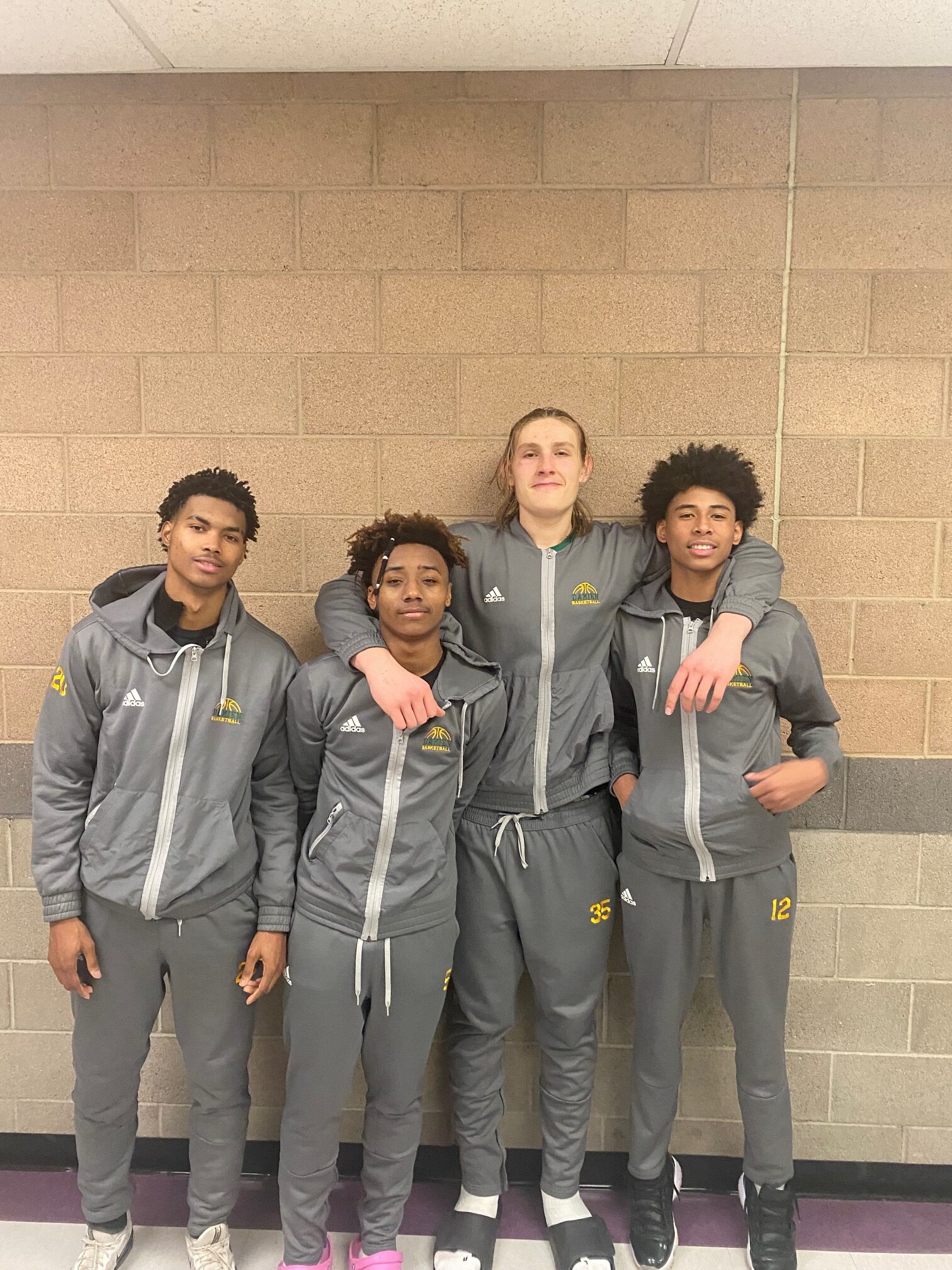 Boys Basketball: Damien finished the second and fourth quarters in strong fashion on Wednesday night. The Spartans outscored Rancho Cucamonga, 43-25 over that stretch, and defeated the Cougars, 64-53, in a Baseline League showdown. Damien’s win sets up a first-place showdown with Etiwanda on Friday night in La Verne. Nate Garcia had a game-high 22 […] 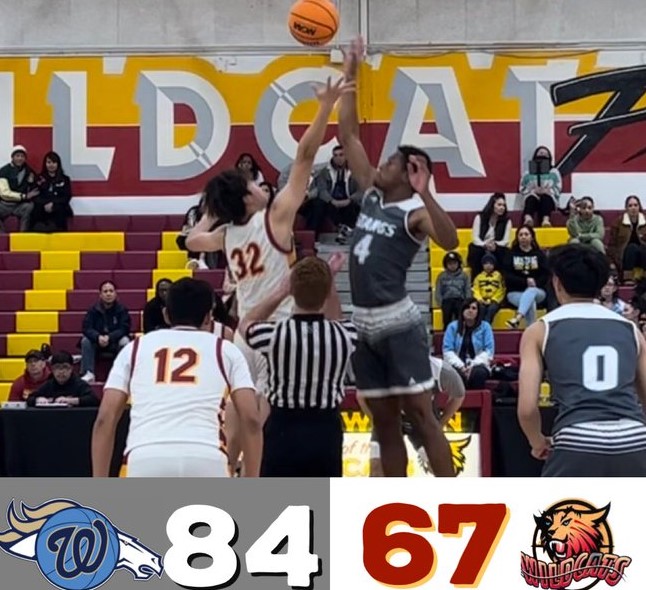 Boys Basketball: Walnut kept itself just one-game back of first-place Diamond Bar thanks to Wednesday’s 84-67 Hacienda League victory at Wilson. The Mustangs took a 15-point lead into the break and improved to 4-1 in league games. Joby Barnes led the way with 29 points, five rebounds and eight assists. Barnes hit five 3-pointers. Malik […] 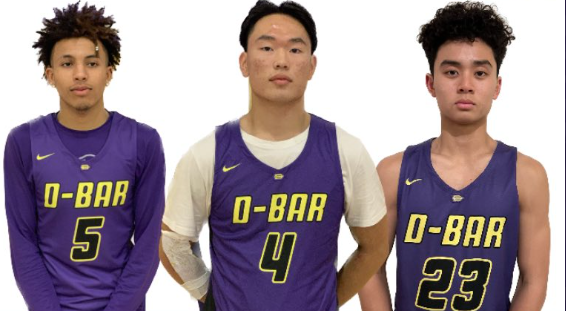 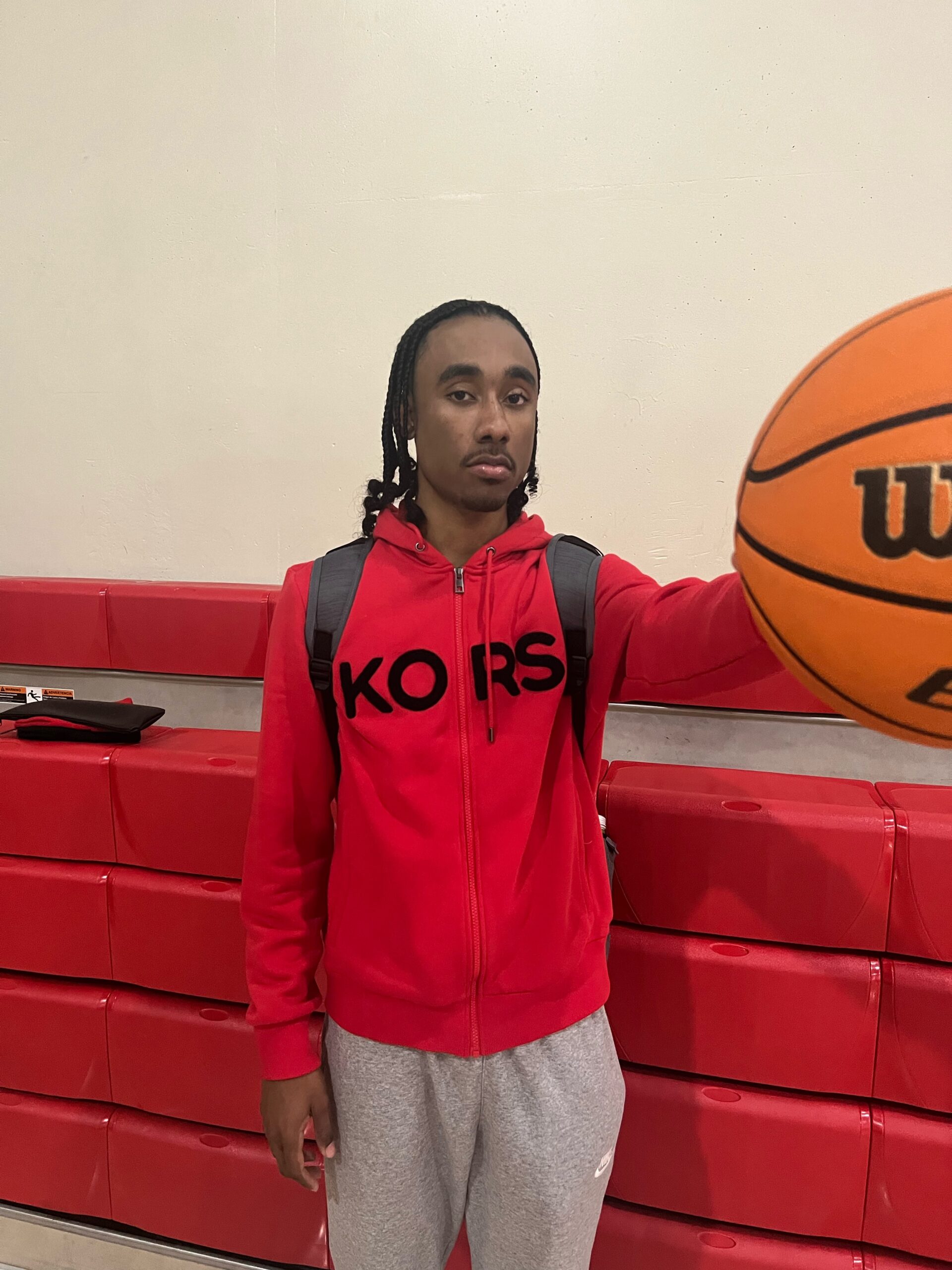 Boys Basketball: With five games to go, Pasadena now stands alone atop the Pacific League standings thanks to Tuesday’s 49-40 victory over Crescenta Valley. The Bulldogs picked up the season sweep of the Falcons, and they hold a one-game lead over CV, and enjoy a two-game cushion over Arcadia. Fidel Cabrera had a game-high 14 […] 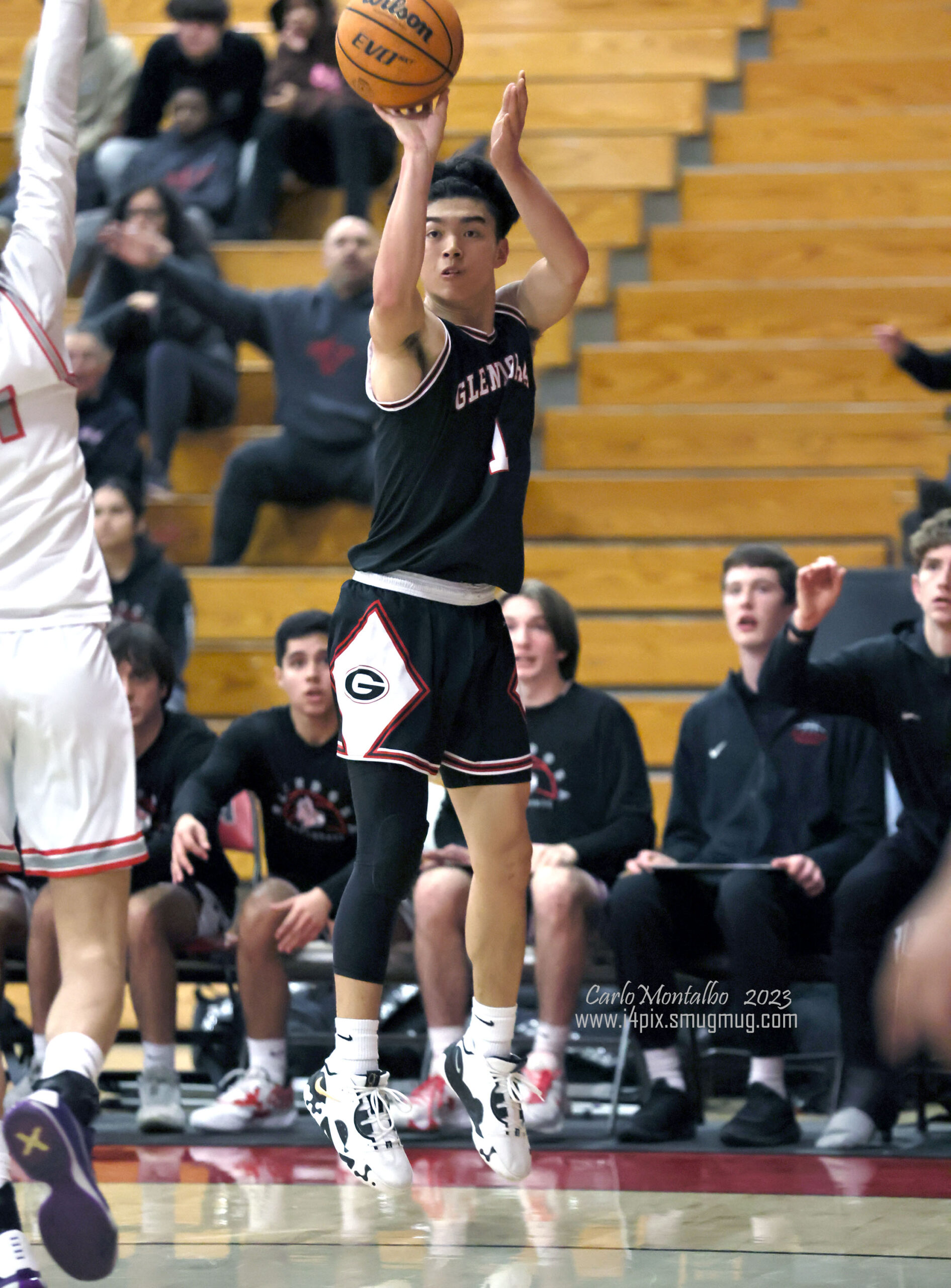 Photos by Carlo Montalbo. To view his pictures, go to www.i4pix.smugmug.com Boys Basketball: Glendora and Ayala met up Tuesday night in Chino Hills. And both the Tartans and Bulldogs had just one loss apiece in Palomares League play. GHS would head home with a 46-40 victory. Colton Gray led the Tartans with 11 points and […]

Boys Basketball: Pasadena continued its success against their crosstown rivals from Muir. The Bulldogs picked up a 54-47 road victory on Friday night to improve their Pacific League record to 7-1. PHS and Crescenta Valley sit atop the league standings and will meet up on Tuesday night at Pasadena High. Muir actually led by four […] 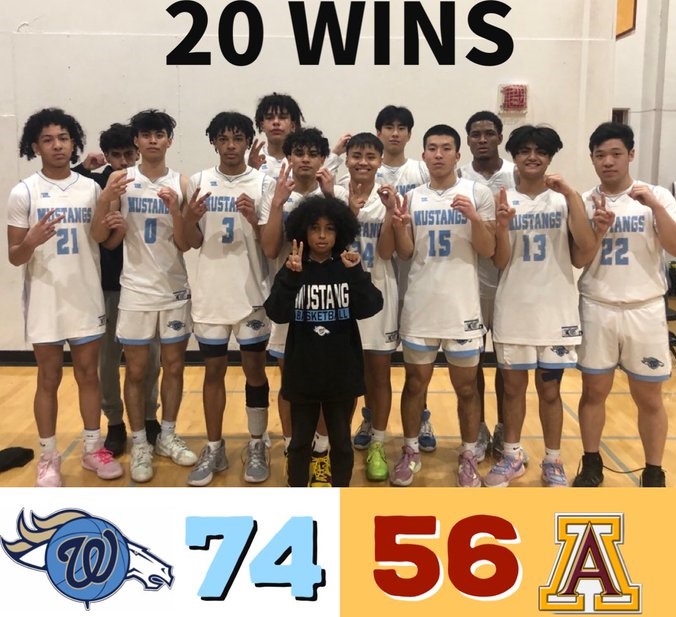 Boys Basketball: It was a memorable Saturday for the Walnut boys basketball program. The Mustangs claimed a 74-56 victory at Arcadia. Not only did WHS win its 20th game (20-2), Malik Khouzam made school history. Khouzam scored 23 points, dished eight assists and had four steals. Khouzam now has 1,476 points and is Walnut’s all-time […] 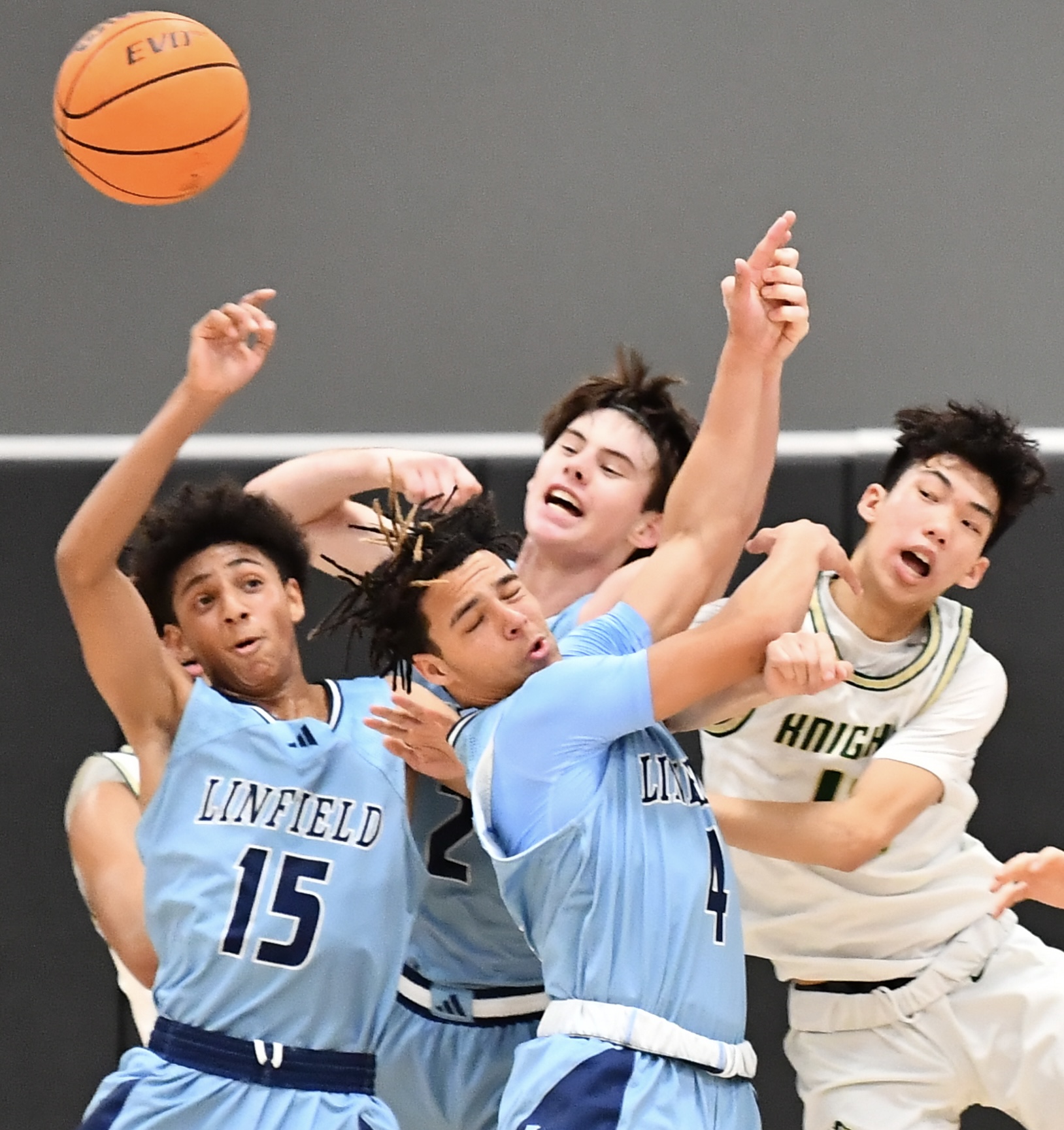 Photos by Josh Thompson Boys Basketball: Ontario Christian remained unbeaten in Ambassador League play on Friday night. Barely. The Knights held on for a 62-61 victory over their visitors from Linfield Christian. The Lions outscored OCHS, 18-11 in the fourth quarter, but came up short. Linfield Christian is now 1-2 in league, and both came […] 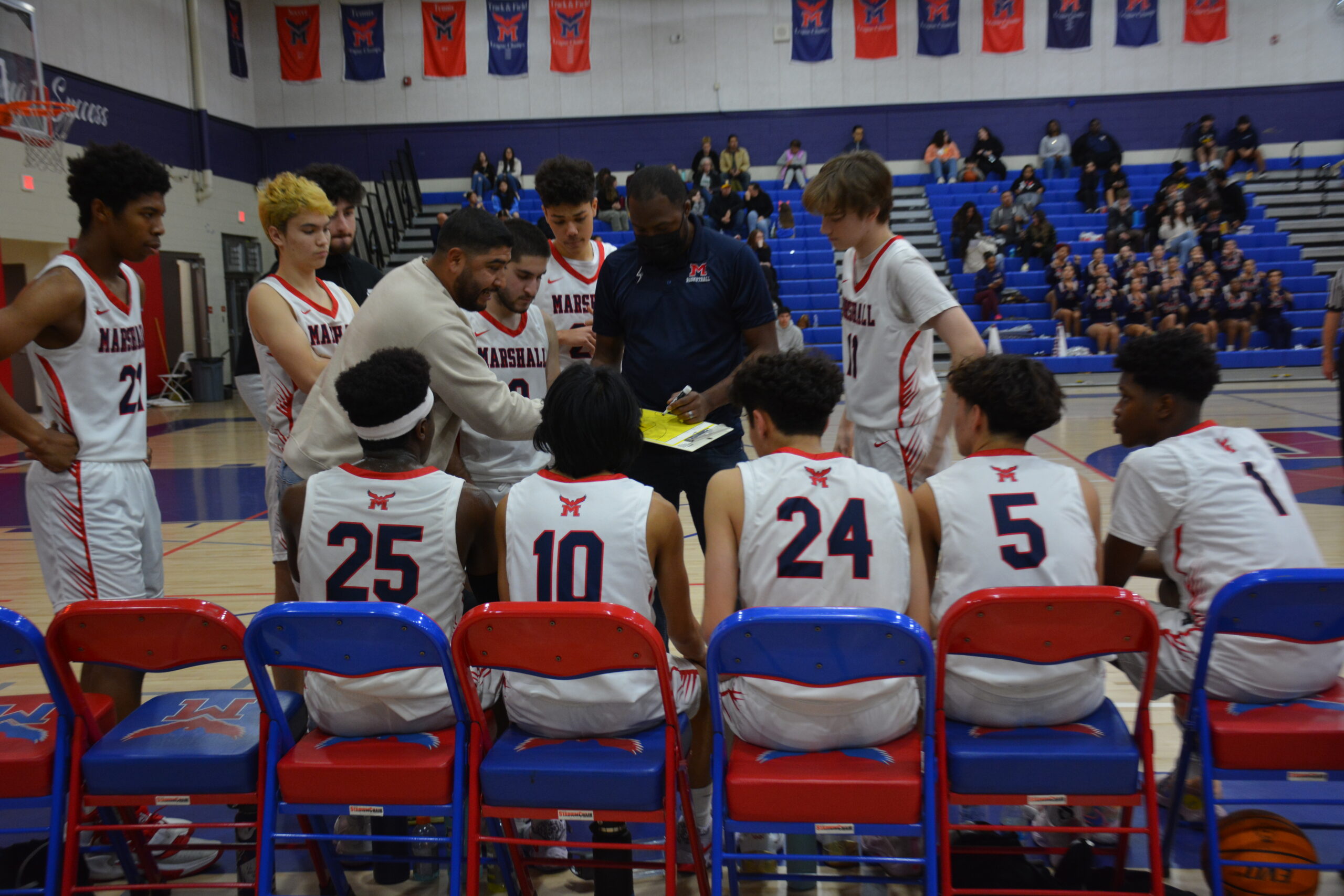 Boys Basketball: Marshall Fundamental improved to 4-2 in Mission Valley League play after Friday’s 49-40 victory over visiting South El Monte. The Eagles used a 21-10 run in the fourth quarter to pull away from SEM. Alonzo Acosta had a team-high 13 points for the Eagles. Jalen Brown contributed 12 points in the win. Aden […]

Boys Basketball: Ayala put Claremont away early on Friday night. The Bulldogs had a 32-point lead at the break and cruised to a 73-28 Palomares League victory. Christian Martinez (16 points) and Joshua Townsell (14) actually combined to outscore the Wolfpack, 30-28, at CHS. Parker Gorospe contributed nine points and Dylan Victorio scored eight in […] 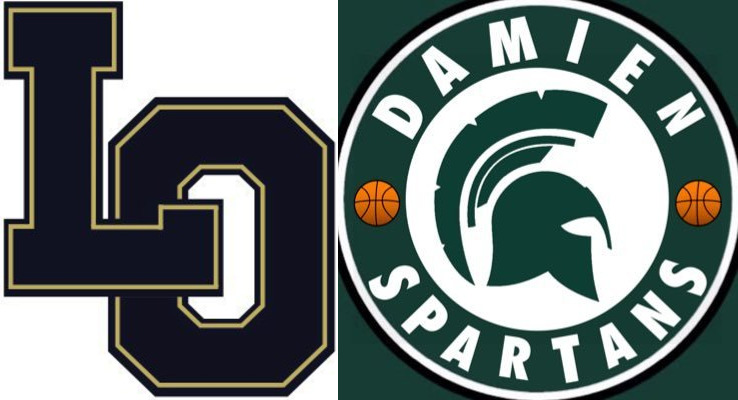