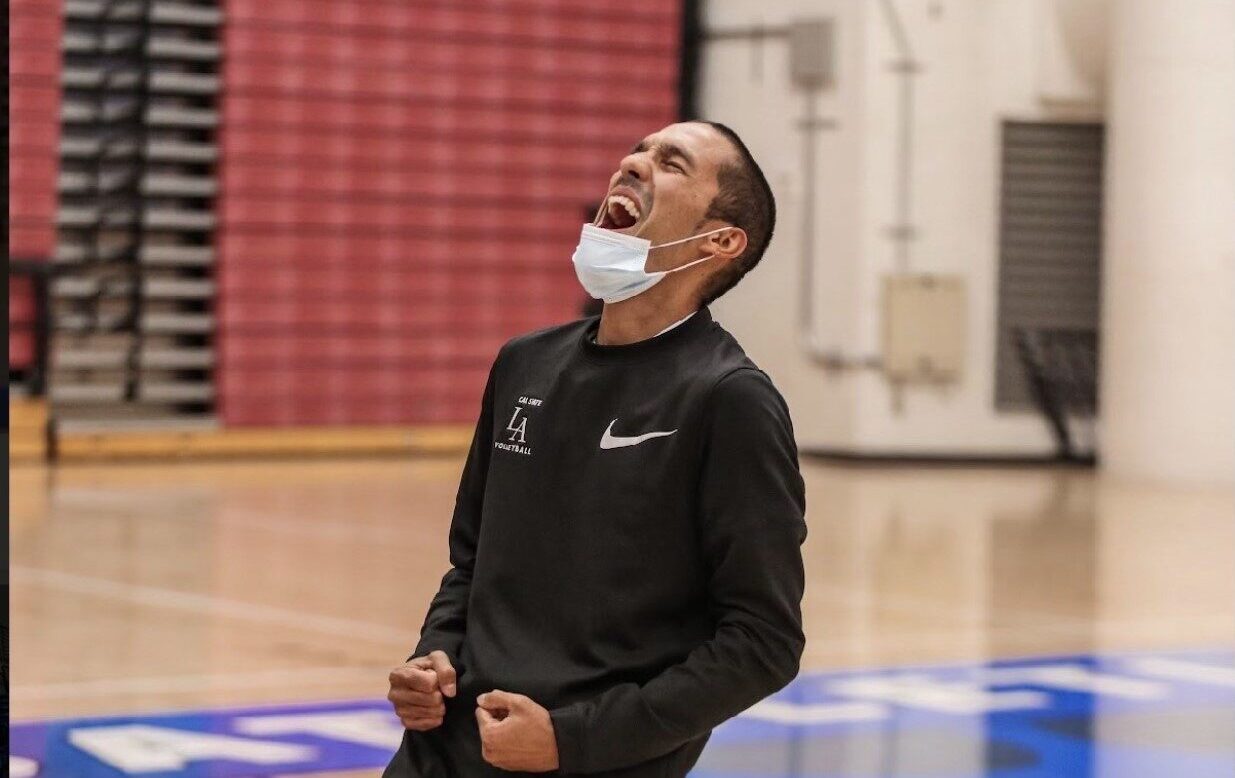 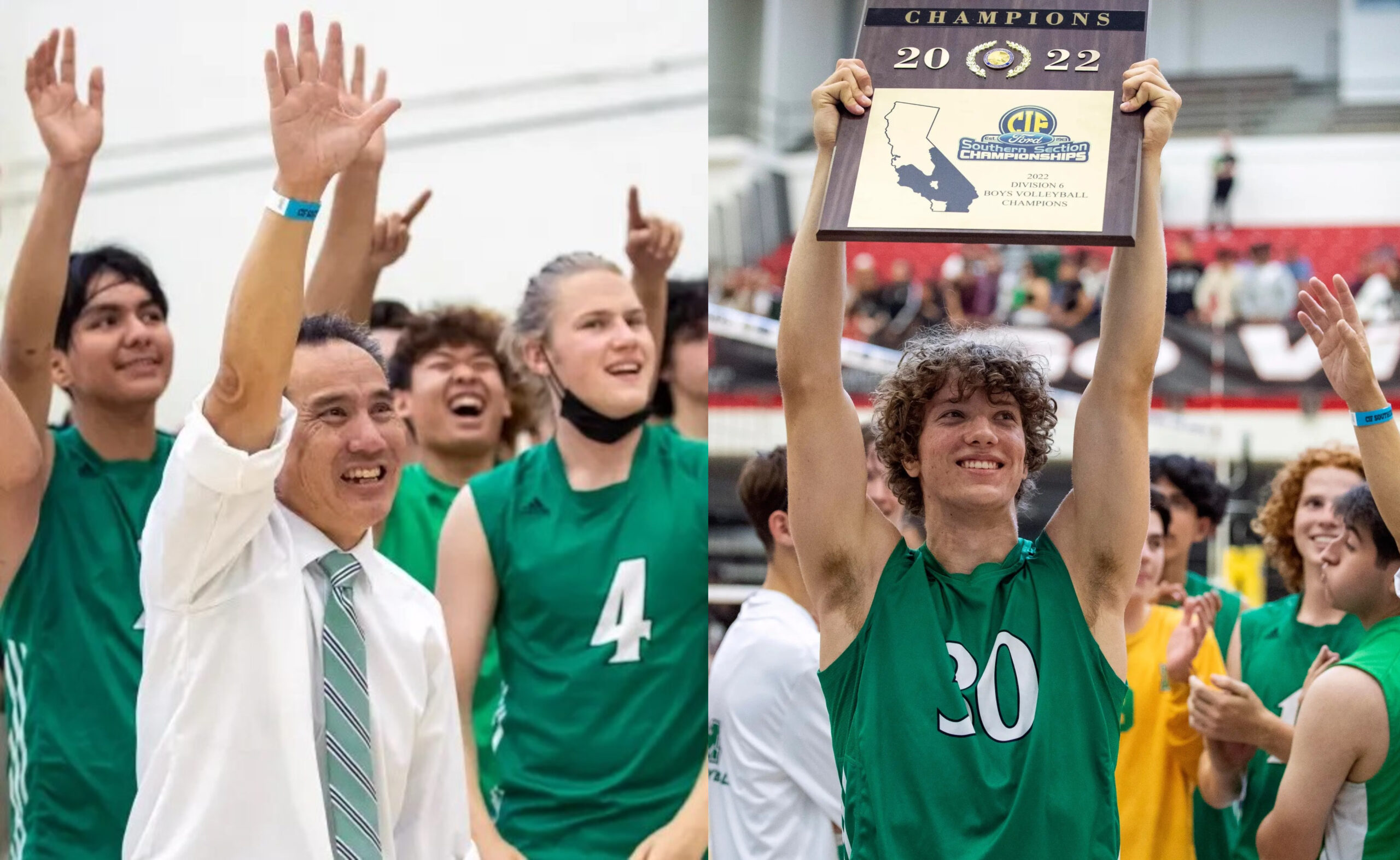 Boys Volleyball: Winning championships has its privileges. And that’s the case for the Monrovia boys volleyball program. After a 5-5 run, and a third-place finish in Rio Hondo League matches, the Wildcats found their stride and made history. Monrovia went 8-0 in the 2022 postseason, which included CIF-SS Division 6, and CIF State Division 4 […] 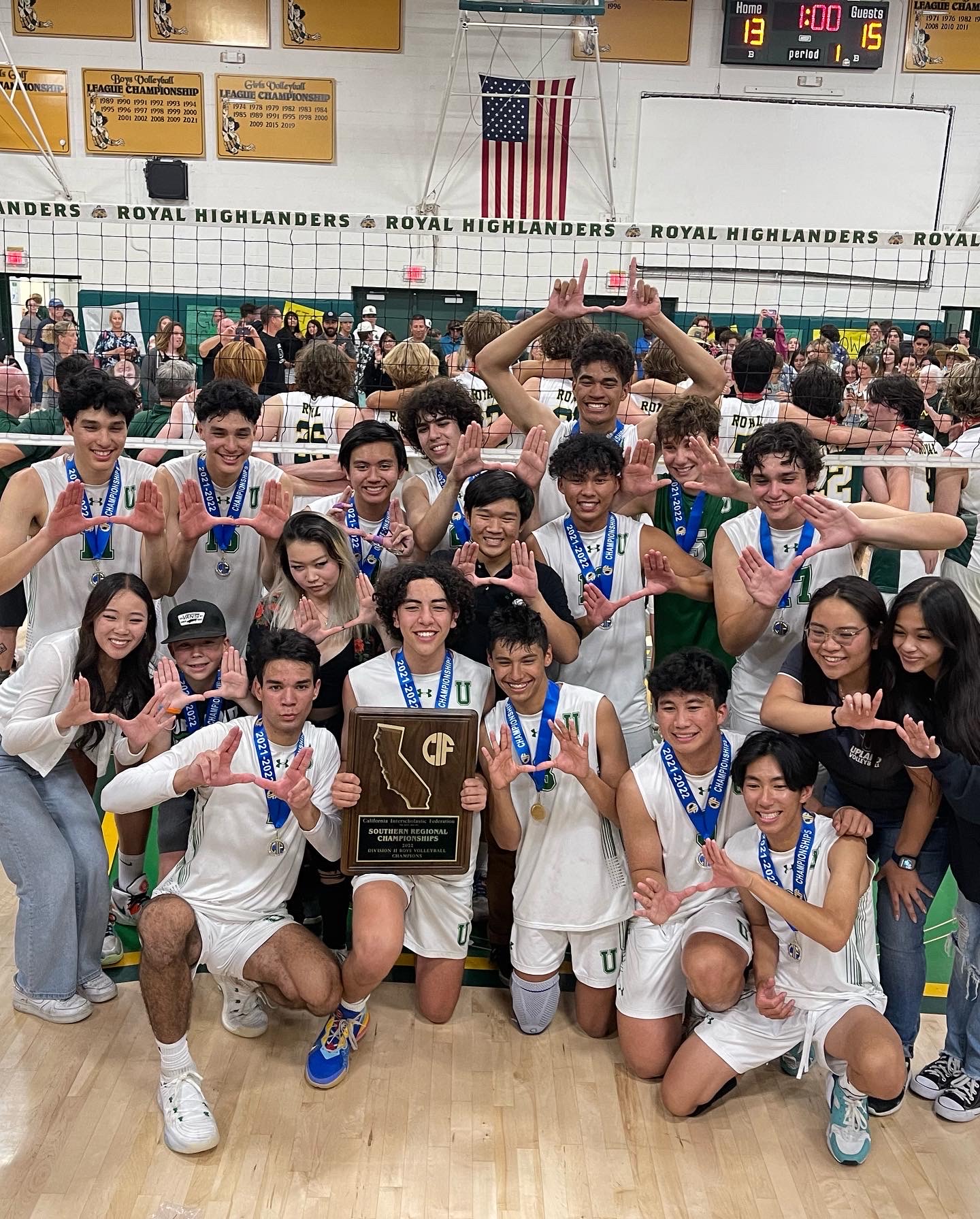 One Week After Being Swept in CIF D-3 Final, Upland Pays Royal Back in Five-Set Road Thriller to Claim CIF State D-2 Title

Boys Volleyball: Talk about your ultimate payback. And it only took a week to accomplish. The Upland High School volleyball program entered the CIF-SS Division 3 title match versus Royal having not lost in almost two months. To their credit, Royal, also named the Highlanders, swept UHS on May 14th at Long Beach City College. […] 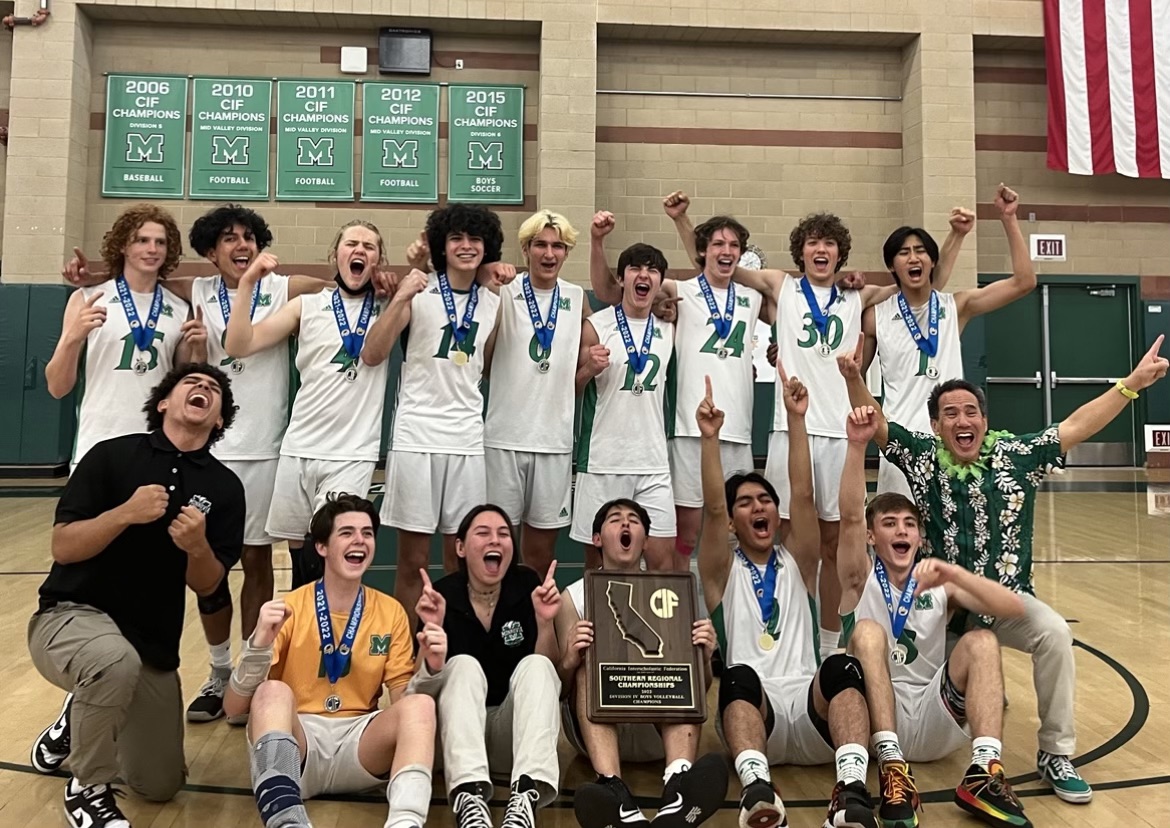 Boys Volleyball: Wow! What a way to end the 2022 season. Monrovia, in just their fourth year as a program, clinched CIF-SS Division 6 & CIF State Division 4 championships in 2022. And consider this…the Wildcats finished 5-5 in Rio Hondo League matches, which was good for third place. After state playoff sweeps over Los […] 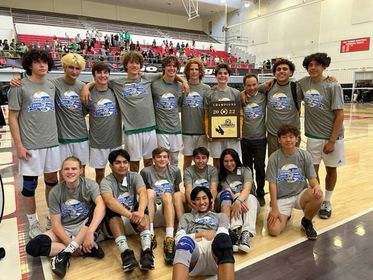 Note: Thanks to Coach Fong for this photo of the Monrovia boys volleyball team. This picture was from last week’s CIF-SS Division 6 championship-match victory over the same Saddleback program they beat tonight (Thursday) in the CIF State Division 4 playoffs. Boys Volleyball: Five days after defeating Saddleback in four games in the CIF-SS Division […] 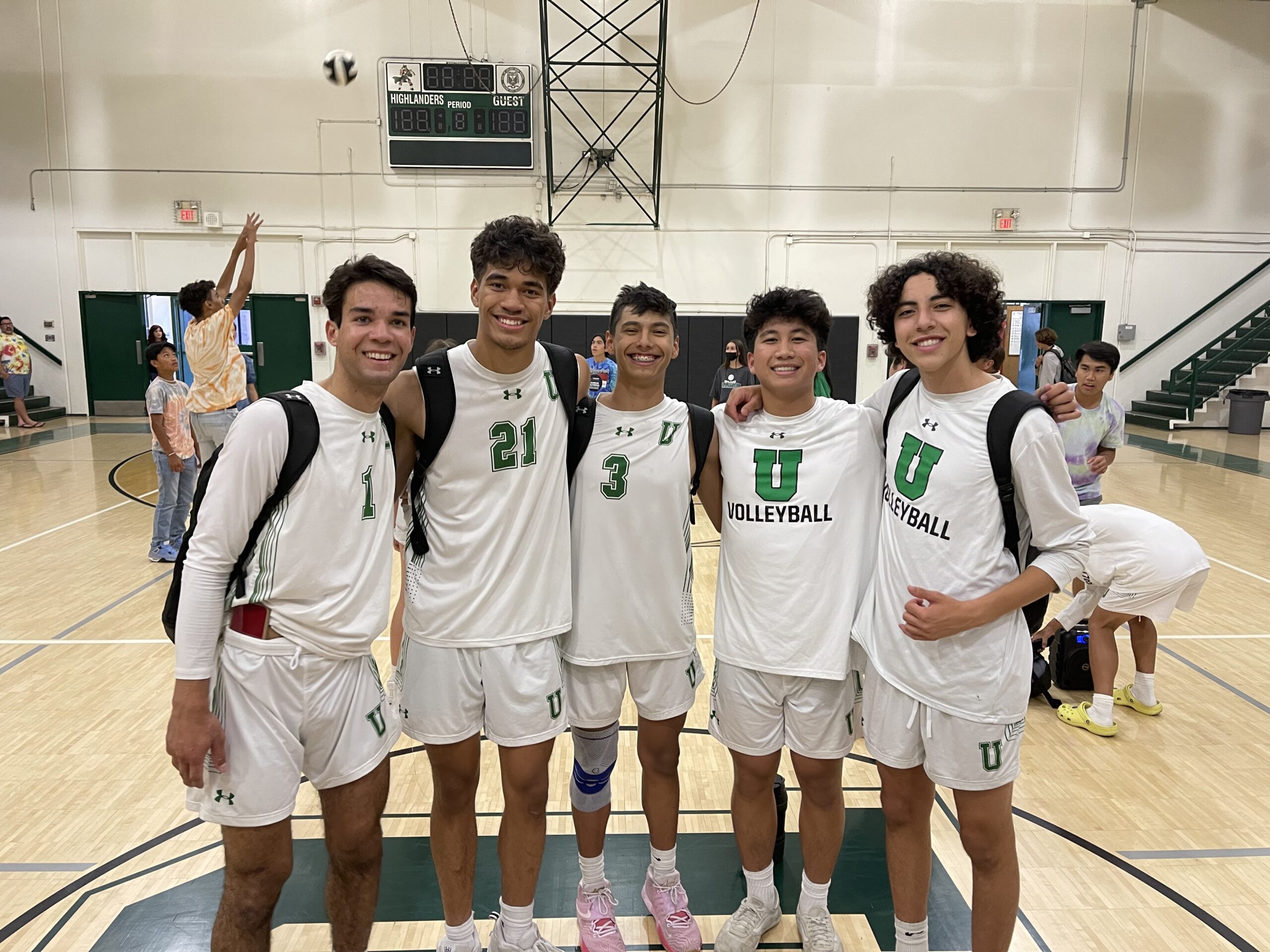 Boys Volleyball: Five days after losing in the CIF-SS Division 3 finals, Upland has bounced back and earned its spot in the CIF State Division 2 So Cal Regional Final. On Thursday, The Highlanders swept visiting Westview of San Diego by scores of 25-13, 25-13 and 25-20. Jordan Lucas has 13 kills and seven digs, […] 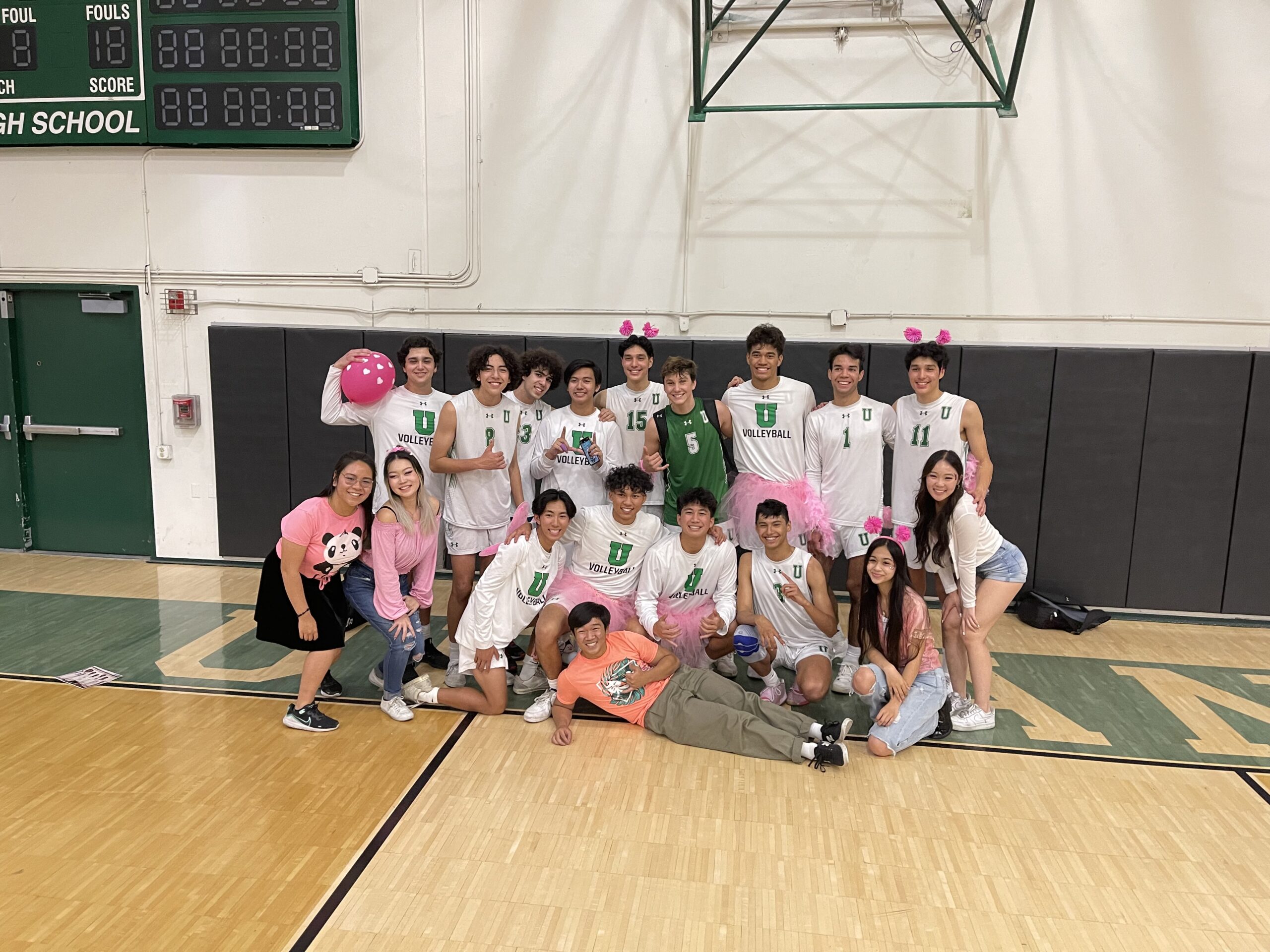 Boys Volleyball: Heading into last weekend’s CIF-SS Division 3 finals against Royal, the Upland High School boys volleyball program hadn’t lost a match in 47 days. Unfortunately for the Highlanders, Royal picked up the three-game sweep at Long Beach City College. Thanks to their deep playoff run, however, UHS earned a spot in the CIF-State […] 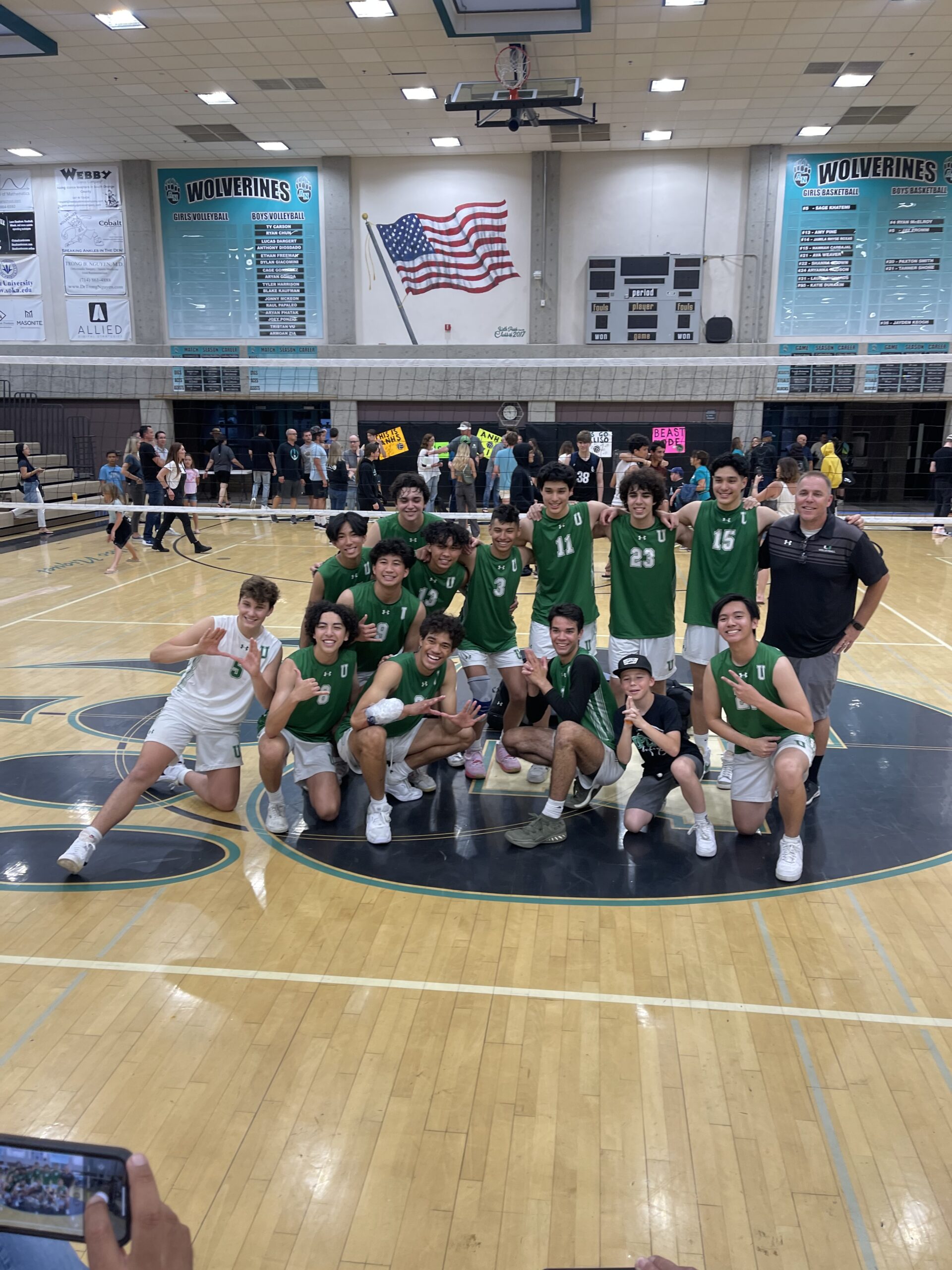 Boys Volleyball: Upland is now just one win away from earning a CIF-SS Division 3 championship. On Saturday, the Highlanders extended their postseason sweep streak to four games. UHS defeated Aliso Niguel by scores of 25-22, 26-24 and 25-23. Kai Vogel had 11 kills and four aces. Jordan Lucas contributed a match-high 16 kills. Isaiah […] 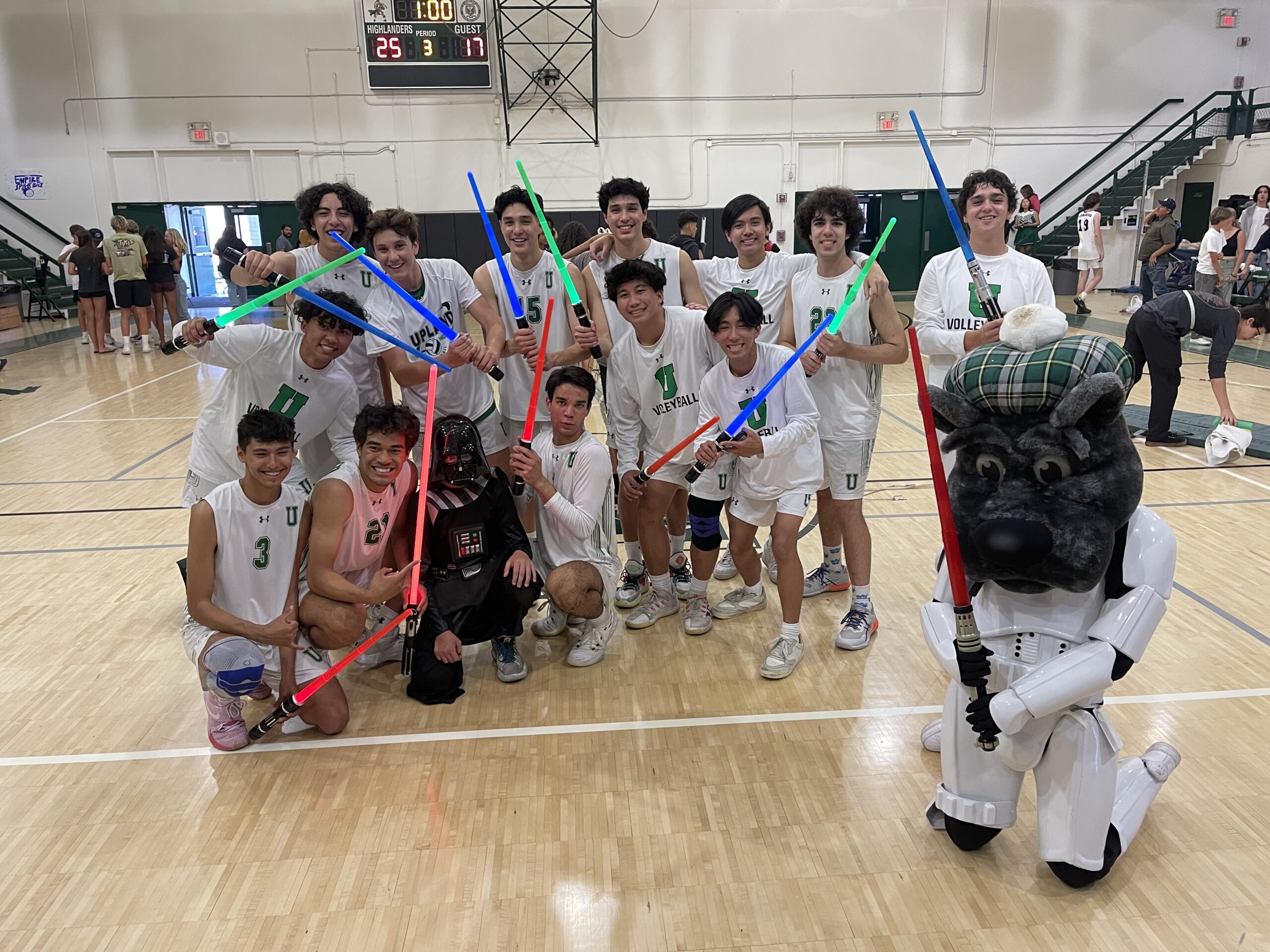 Boys Volleyball: The No. 1 seed in the CIF-SS Division 3 playoffs continues to steamroll its opponents. Upland earned a spot in Saturday’s semifinal round thanks to its 25-19, 25-15 and 25-17 victory over visiting Dos Pueblos. In four postseason matches, the Highlanders have consecutive sweeps over Rancho Verde, El Segundo, Quartz Hill and Dos […] 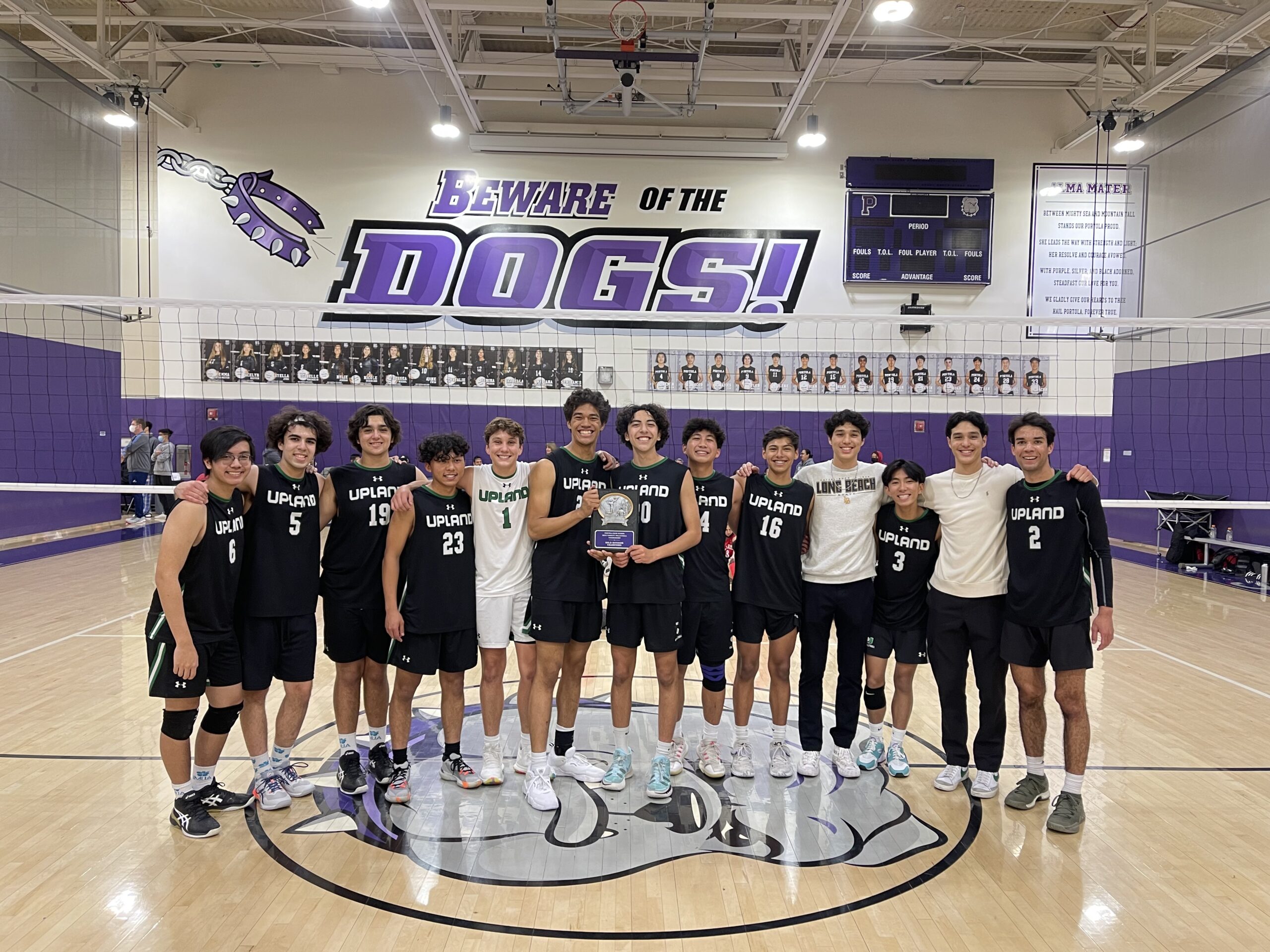 CIF Boys Volleyball Schedule: No. 1 Upland Will Battle El Segundo-Lakewood Winner in First Round of CIF-SS Division 3 Playoffs on Thursday 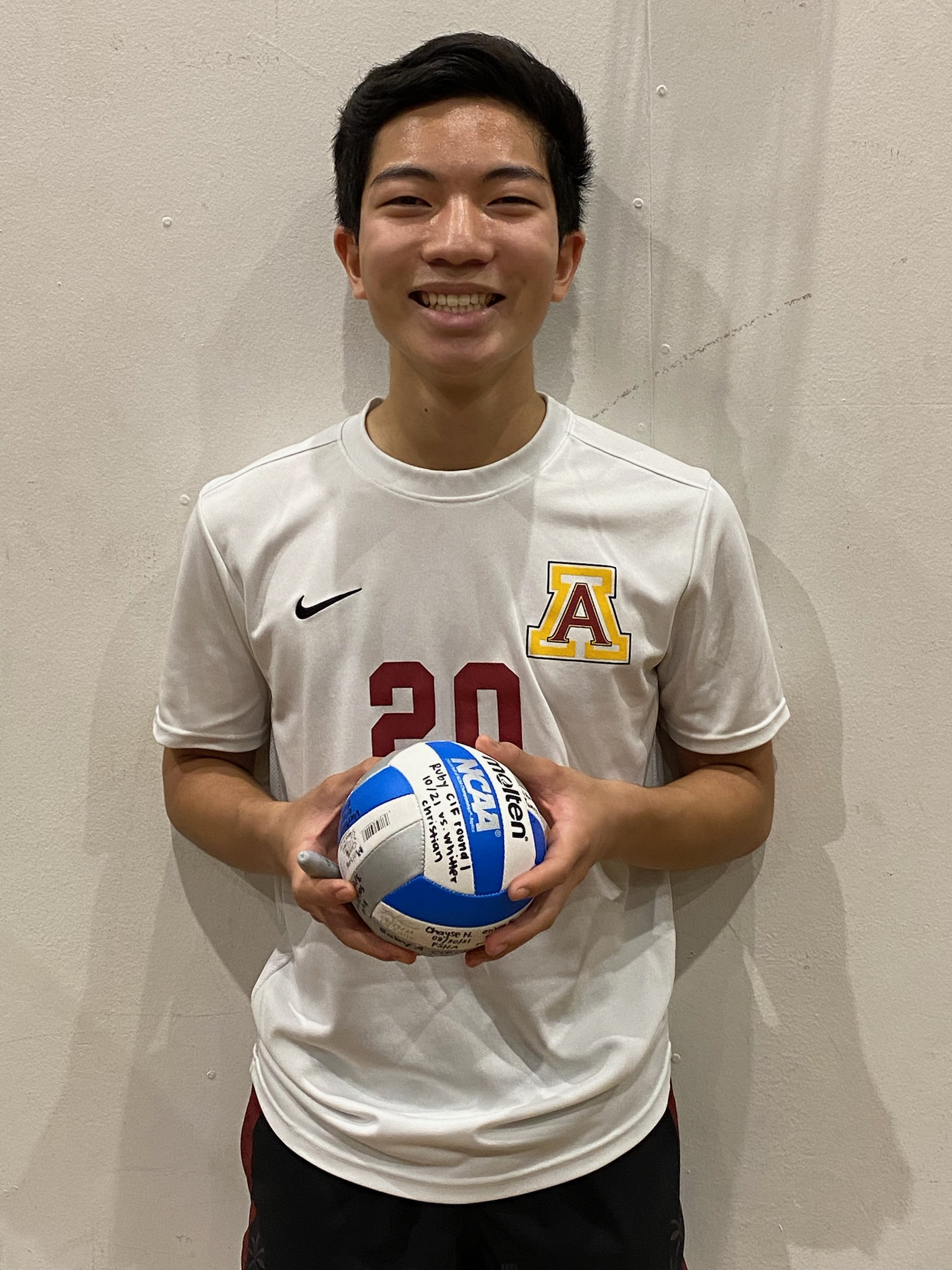 Boys Volleyball: Just over a month ago, Arcadia got swept at Crescenta Valley, which dropped the Apaches to third place in the Pacific League. Fast forward to Friday, and Arcadia answered back with a five-set, regular-season ending victory over the visiting Falcons. CV took leads of 1-0 and 2-1, but the Apaches responded and claimed […] 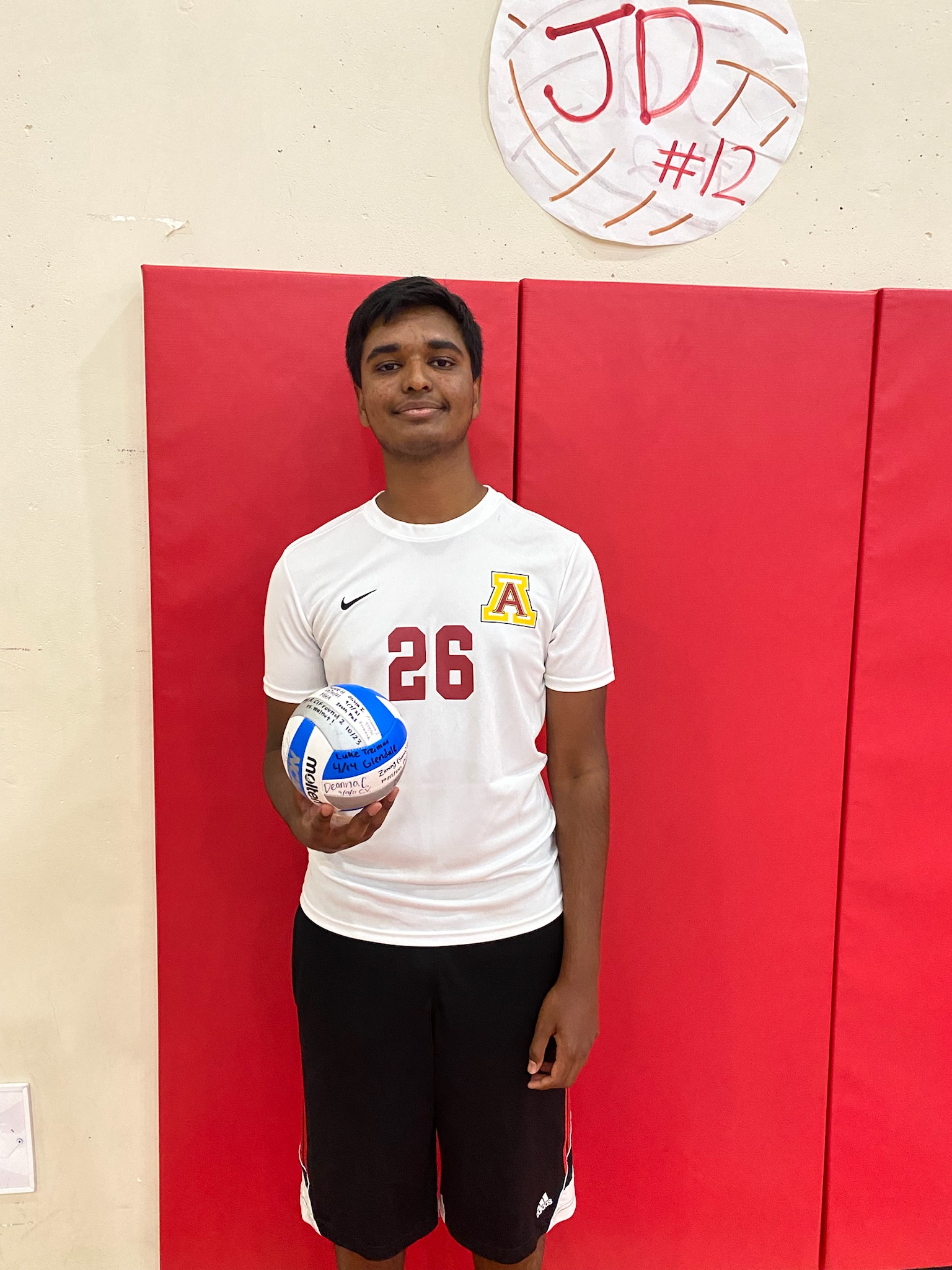 Boys Volleyball: Arcadia wrapped up third place in the Pacific League weeks ago. But the Apaches aren’t content with the league’s third seed. After sweeping Pasadena by scores of 25-12, 25-20 and 25-17 on Wednesday, Arcadia has one game remaining before it gets its CIF-SS playoff pairing. On Friday, the Apaches will host second-place Crescenta Valley, and […] 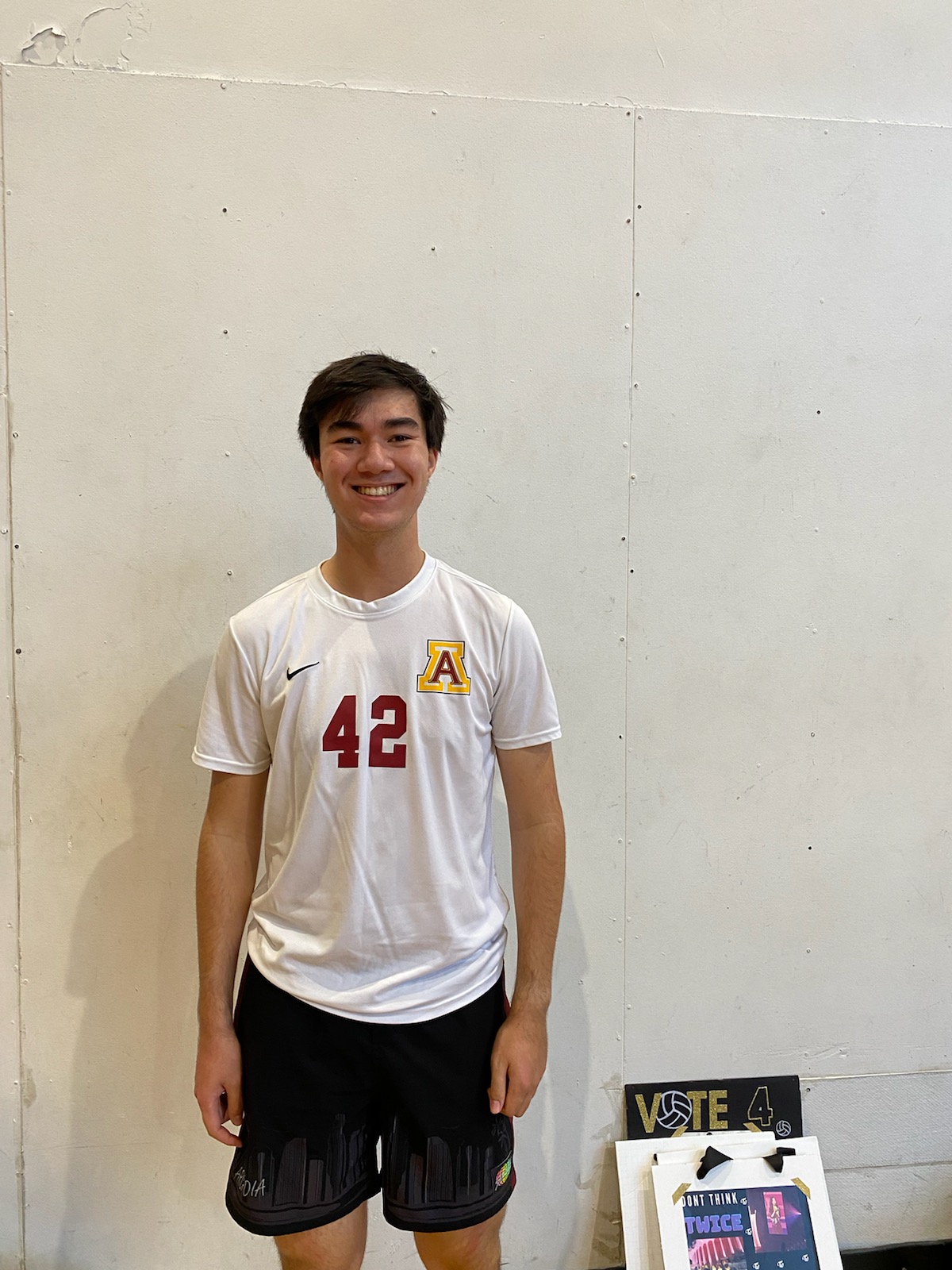 Boys Volleyball: Arcadia picked up a three-game sweep of visiting Glendale on Thursday. The Apaches won by scores of 25-18, 25-23 and 25-19. Luke Treiman led Arcadia with 11 kills, two blocks and a pair of aces. Kevin Nakaishi had 15 digs and three aces. Maison Chang contributed five kills, two blocks and two aces. […] 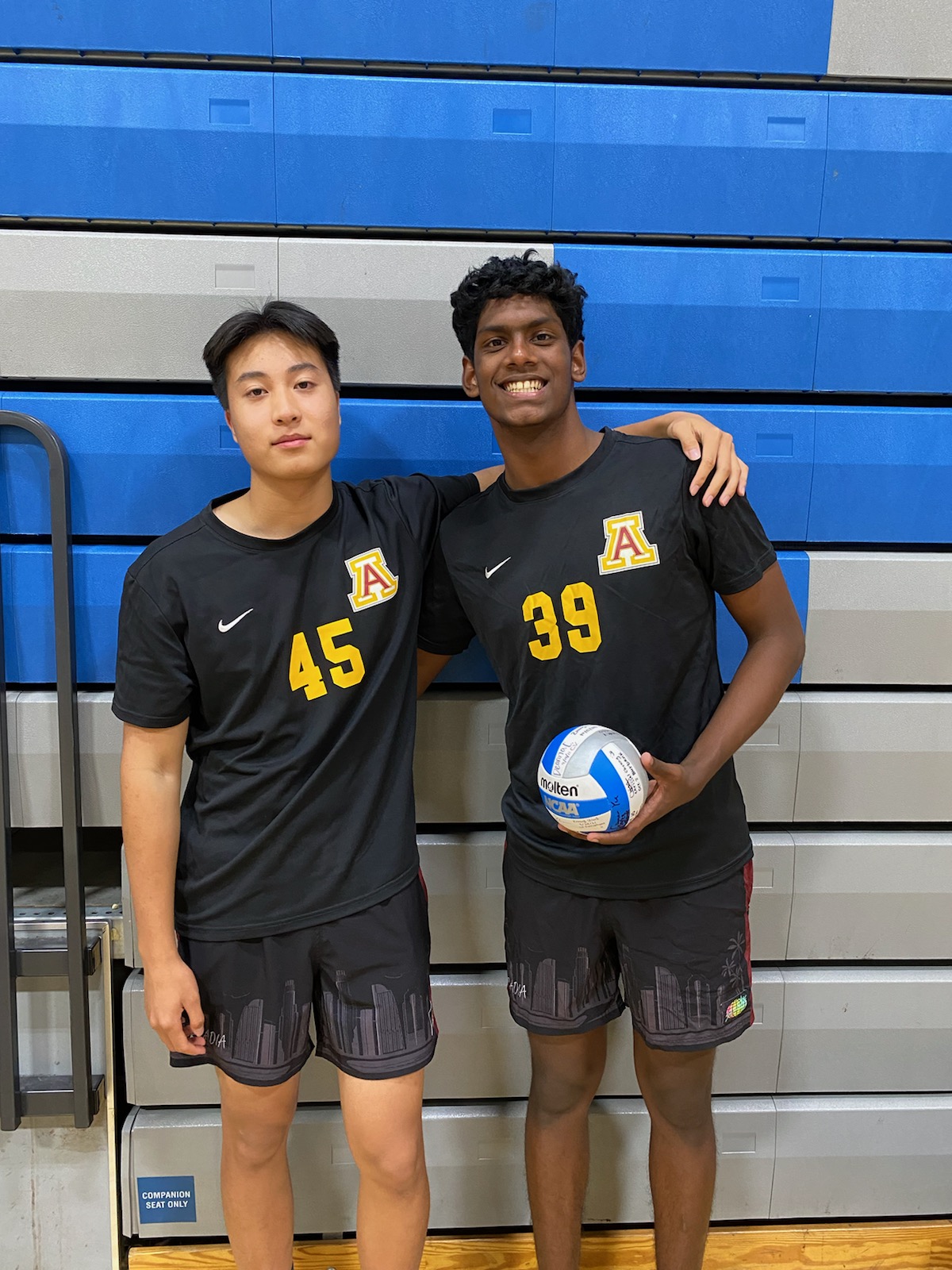 Arcadia Sweeps Burbank on Tuesday; Apaches Working on Getting into Playoff Form

Boys Volleyball: Arcadia all but secured third place in the Pacific League. The Apaches swept Burbank by scores of 25-11, 25-18, and 25-20. Varunkarhik Baskaran had six blocks, two kills and four digs in Tuesday’s win. Maison Chang contributed four kills, two blocks and an ace. Kevin Nakaishi chipped in with 10 digs and Caleb […]

Boys Volleyball: Maranatha dropped its second consecutive Olympic League match on Tuesday. Village Christian defeated the Minutemen by scores of 25-12, 25-21, 16-25 and 25-22. Alec Smith led the way for Maranatha with 11 kills. Lucas da Costa had seven kills and five aces. Up next: The Minutemen will host Whittier Christian on Thursday. Quotable: […] 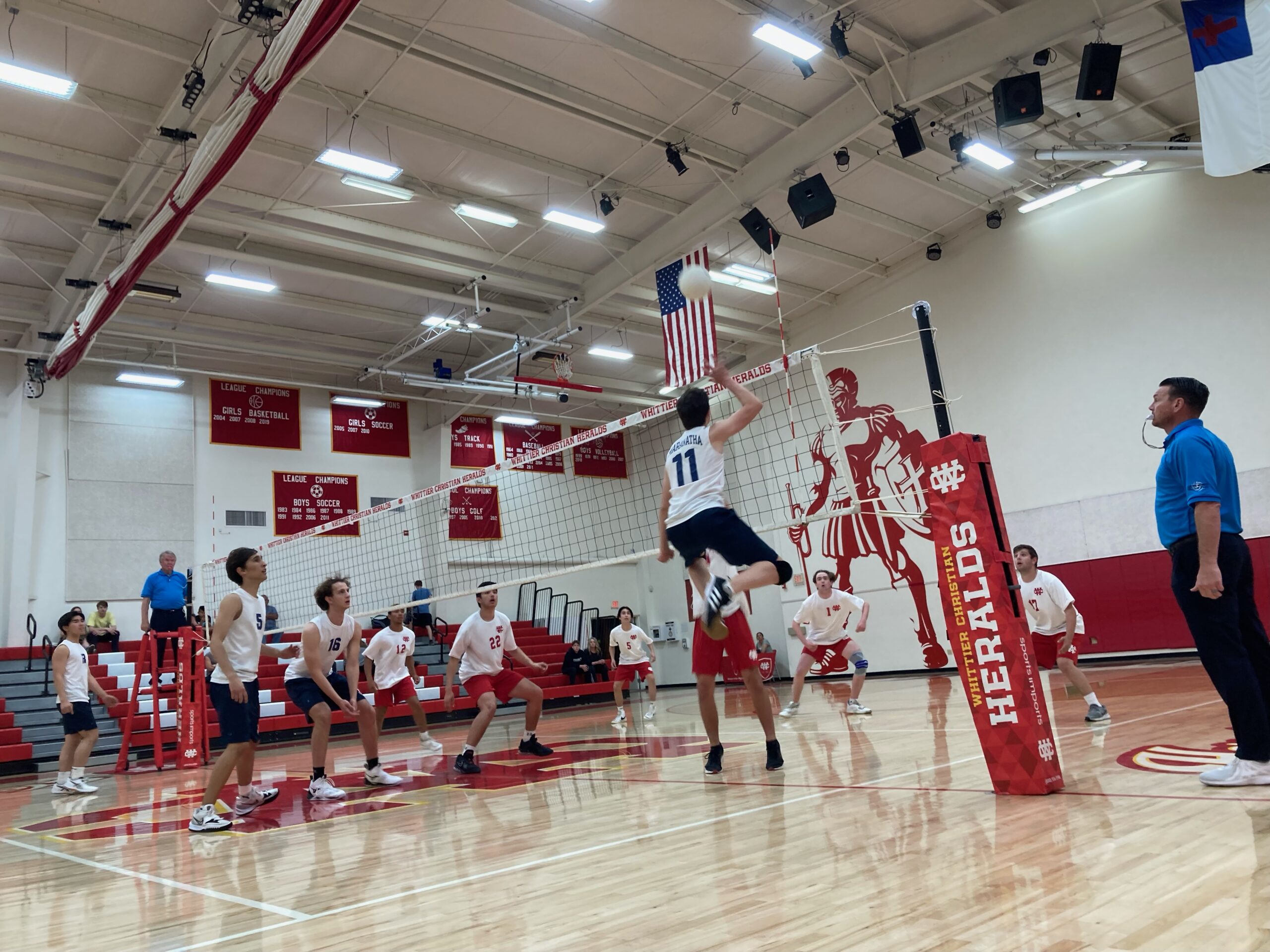 Boys Volleyball: It hasn’t been the start La Salle was hoping for. The Lancers finished the nonleague portion of their schedule with a record of 3-9. La Salle, however, opened Del Rey League play Thursday in a big way. The Lancers rebounded from a two-set deficit to outlast visiting St. Anthony in five games. La […] 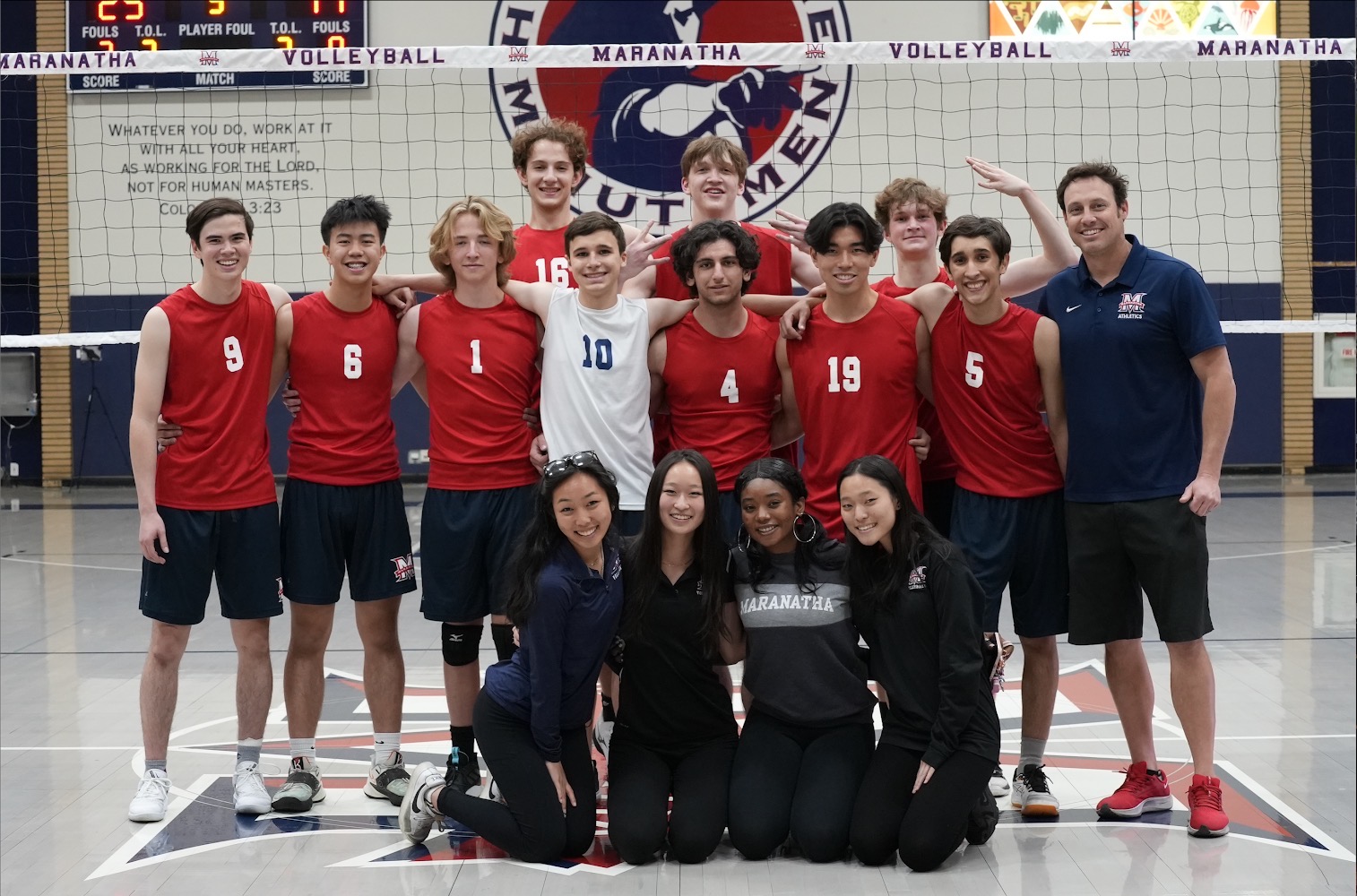 Boys Volleyball: After getting swept in consecutive losses to Arcadia and Flintridge Prep, Maranatha was on the right side of a three-game sweep. The Minutemen picked up a 25-17, 25-17 and 25-20 victory at Pomona. Alec Smith led the way with nine kills. Luke Deverian had 33 assists. Lucas Da Costa contributed 20 digs and […]