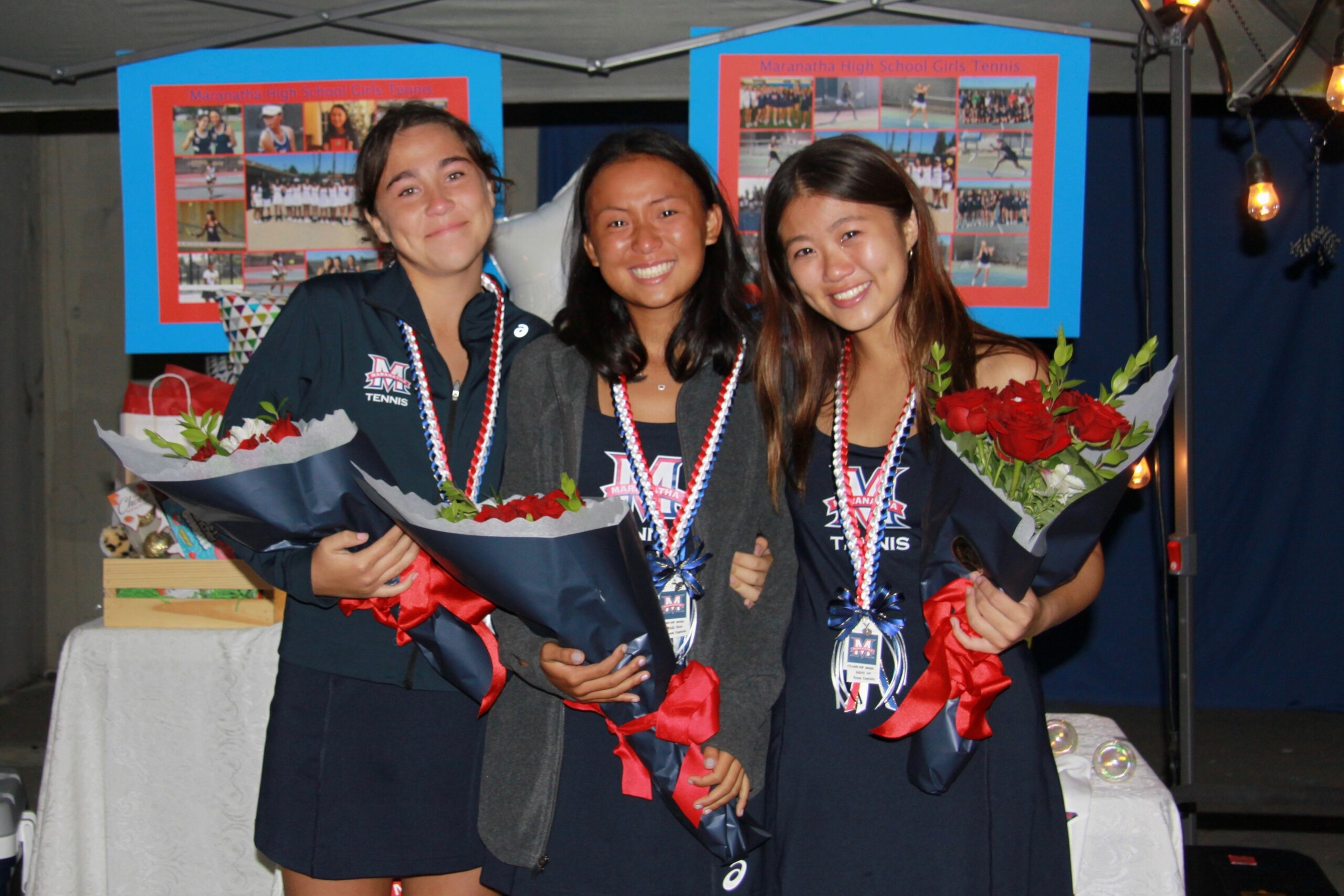 Girls Tennis: Thanks to Maranatha tennis for this report: In the CIF-SS Division 4 playoffs, there’s #1 Mark Keppel and then there’s everyone else. Via an improved but imperfect powerpoint formula that assigns schools to certain divisions each season, the Mark Keppel Aztecs, who were in Division 3 last season, were assigned to Divison 4 […] 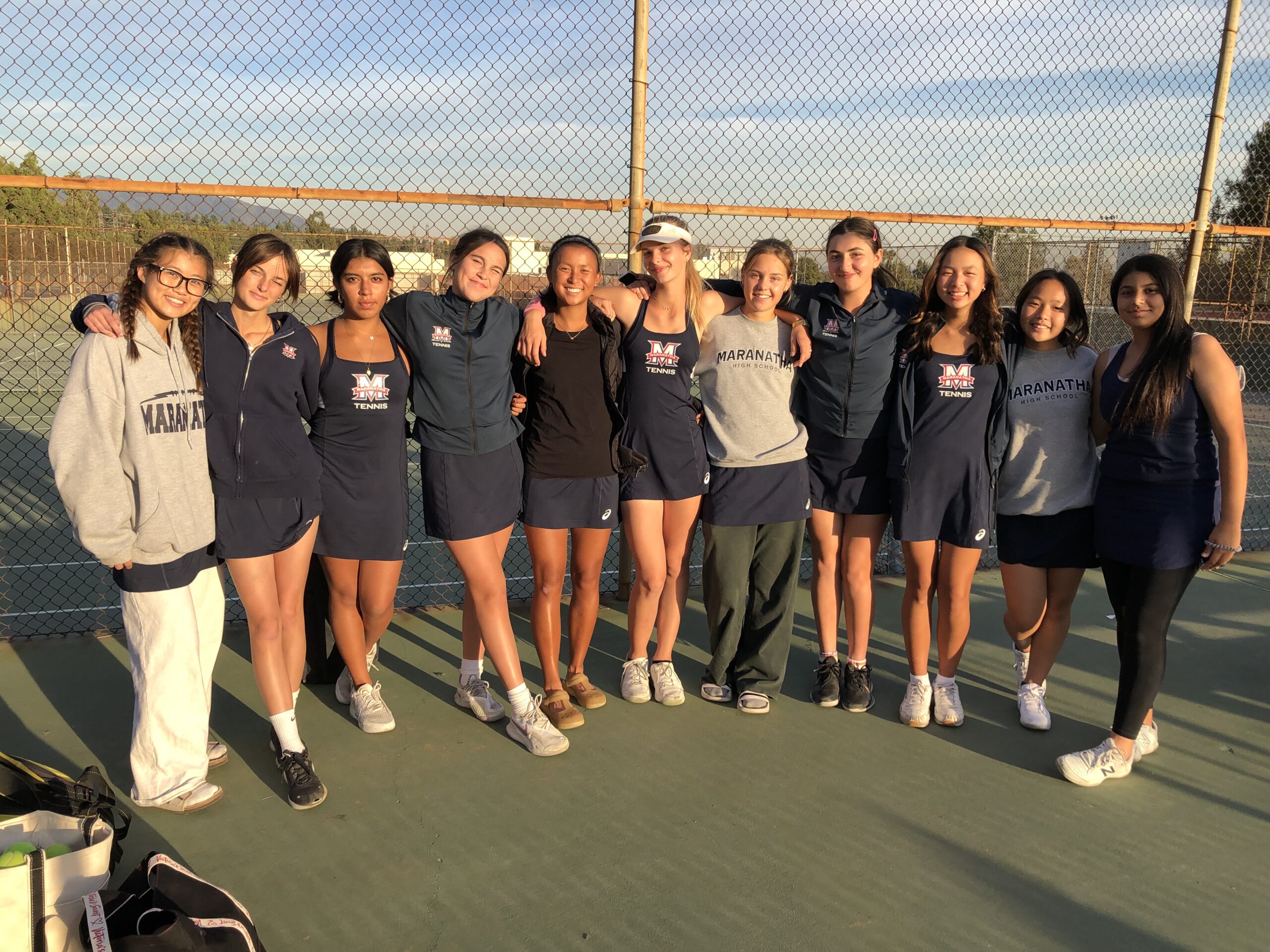 Thanks to Maranatha tennis for this report Girls Tennis: When the 2022 season started, the Lady Minutemen set a few goals for themselves knowing they would be a stretch. But at least it was something to aim for. Among them were to finish in the top 3 in the Olympic League in order to make […] 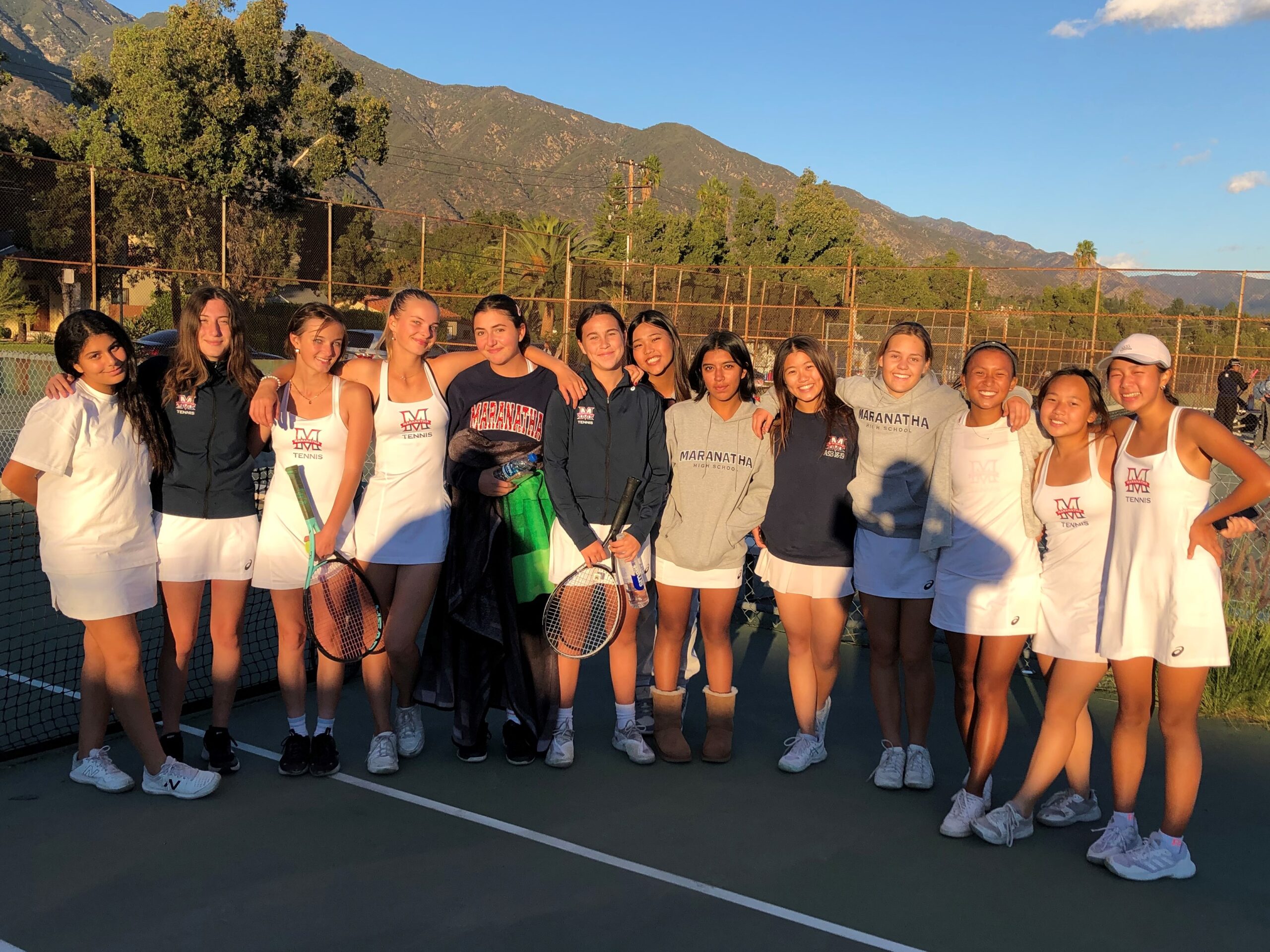 Girls Tennis: Thanks to Maranatha tennis for this report Edges Quartz Hill, 11-7, in Tense 1st Rd. of CIF-SS Playoffs In a match that was intense throughout, the young Lady Minutemen were baptized into the tension and excitement of playoff tennis. It was their singles lineup that opened up strong, with Stella Hsieh, Natalie Arminak, […] 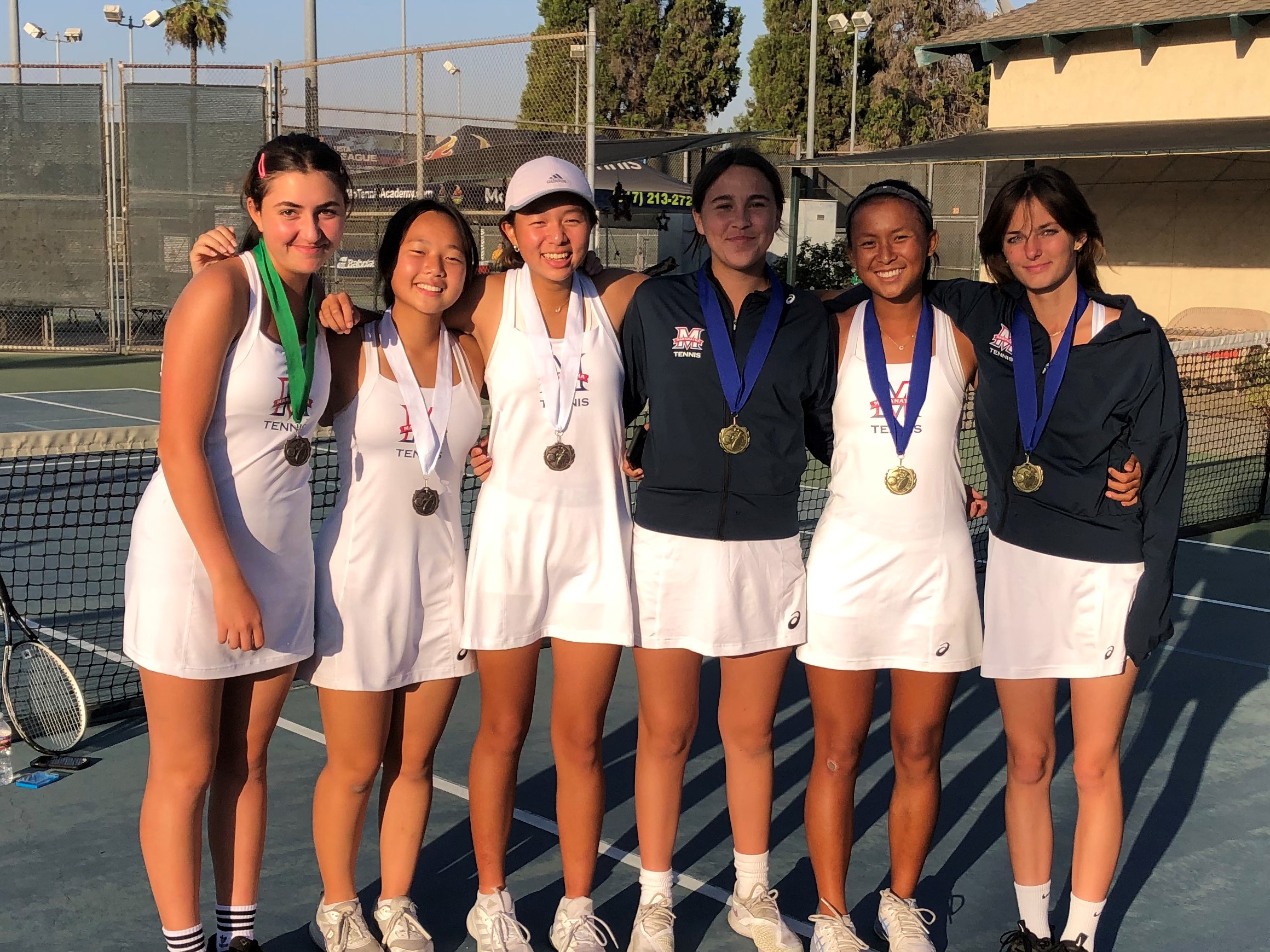 Girls Tennis: Thanks to Maranatha for this report It was Finals Day at the Olympic League Individuals Tournament at Whittier Narrows Tennis Center in So. El Monte. Maranatha was well represented, with representatives in each of the day’s four matches. In the singles final, Maranatha’s Stella Hsieh, the league’s top player, faced off against Village […] 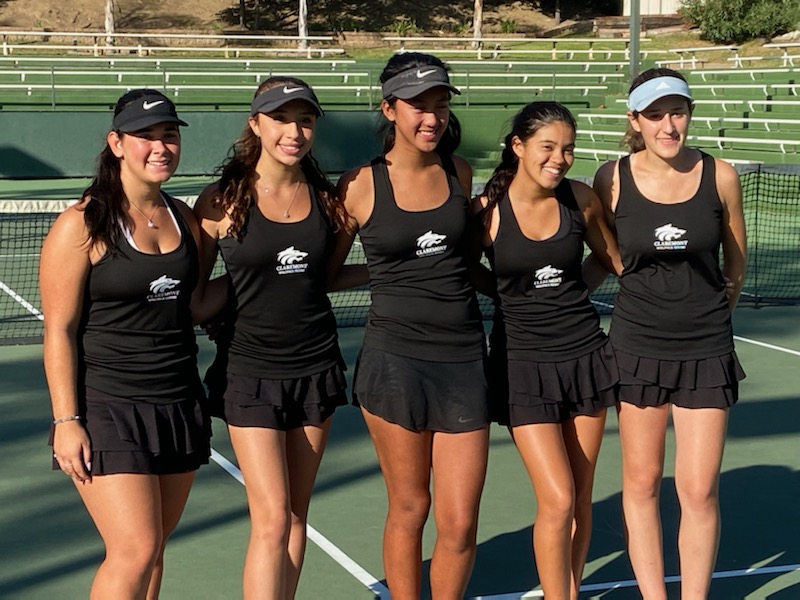 Girls Tennis: Claremont had a big day at the Palomares League finals. CHS senior Sydney La won the Palomares League’s individual singles championship on Wednesday. The Wolfpack four-year starter defeated Glendora’s Steffanie Lam by scores of 3-6, 6-2, and 6-4. Lam was the first competitor to take a game from La, let alone a set. […] 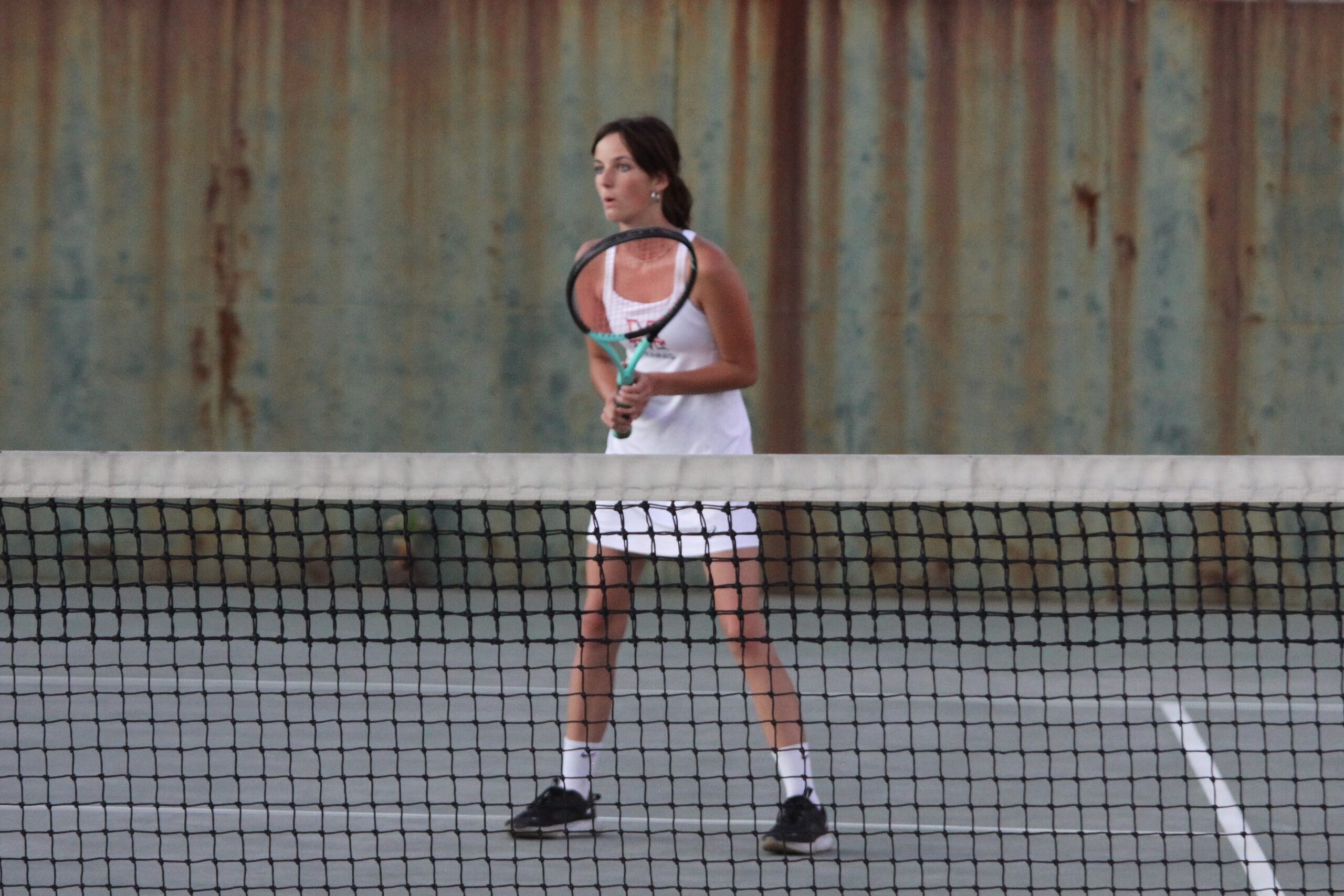 Photo of Esmee Eaton courtesy of Amanda Lin Thanks to MHS tennis for this report Girls Tennis: Maranatha girls tennis capped their regular season today by winning their final 11 matches (after a 1-3 start), going undefeated in league and earning their 8th Olympic League championship in 10 years. Their league record during that time […] 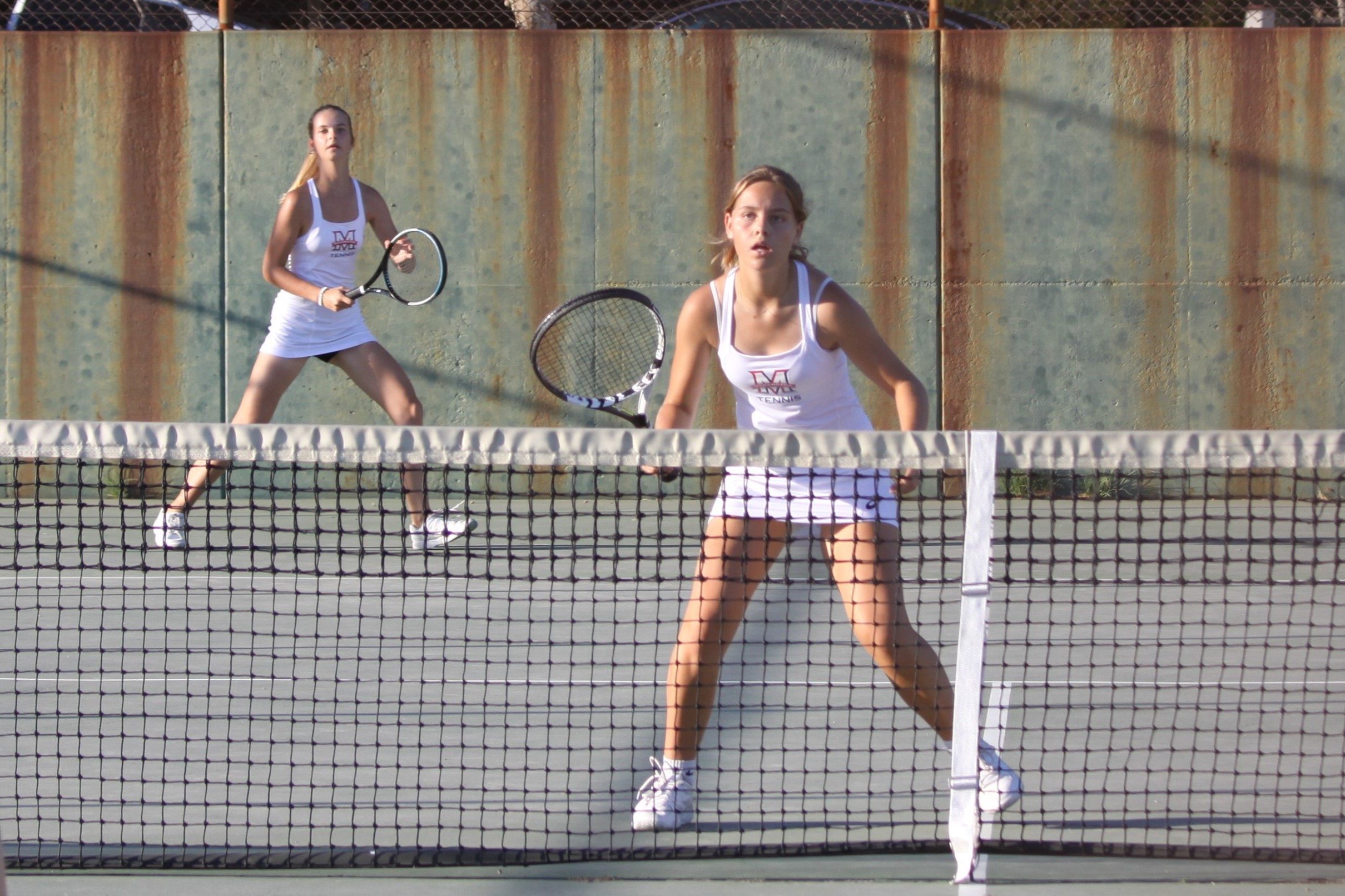 Photo of Nelli Breuer & Marie Wolfrum courtesy of Amanda Lin Girls Tennis: Though the score remained lopsided (their first meeting was 14-4), the Heralds of Whittier Christian are an improved team, as the Lady Minutemen discovered immediately. The Heralds’ doubles teams only won 4 total games in their first encounter with MHS. Today, they […] 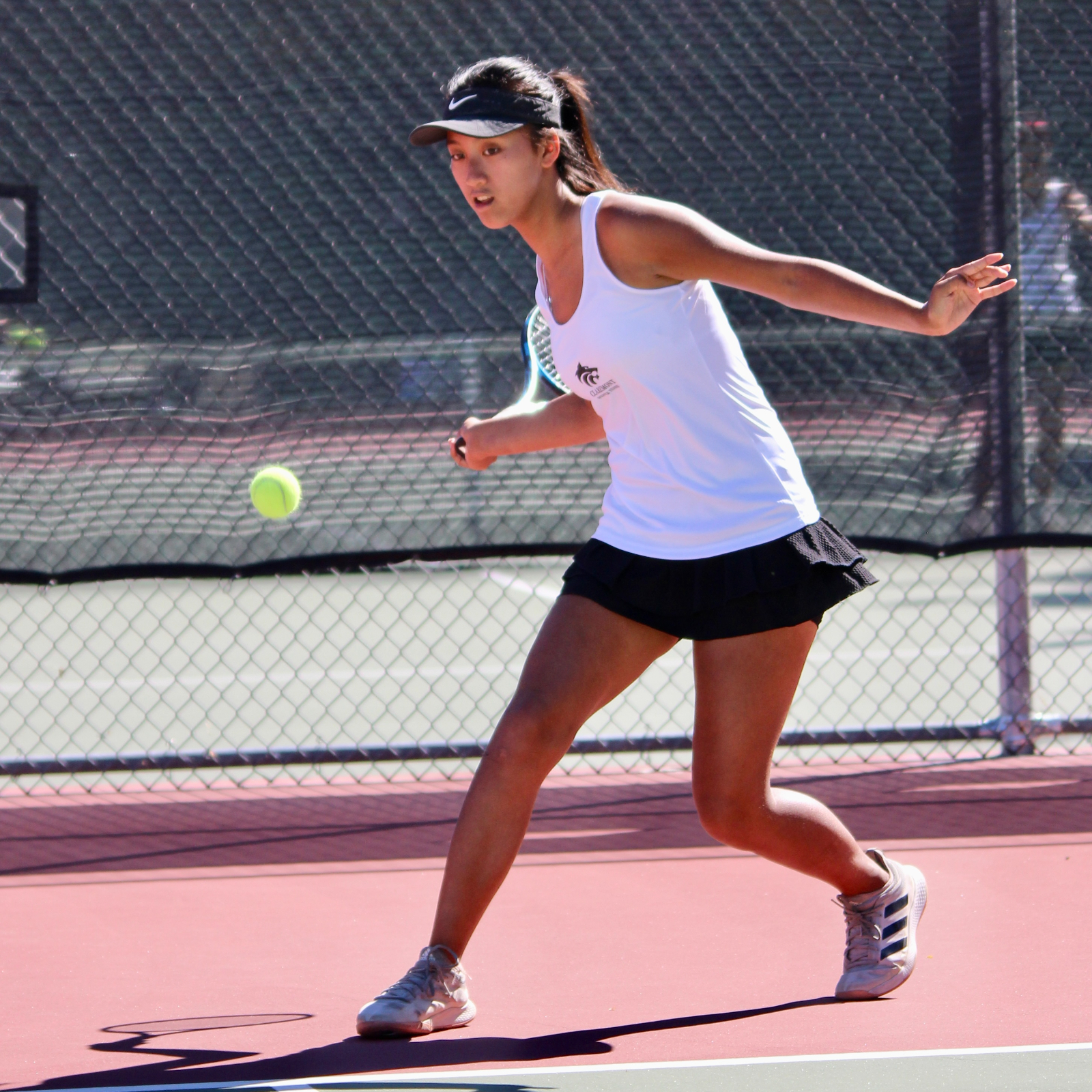 Girls Tennis: It’s rare when the Claremont girls tennis program loses a regular season match. It’s even more unusual when the Wolfpack get thumped. But that’s what happened on Monday afternoon. Los Osos, ranked No. 8 in Monday’s CIF-SS Division 1 poll, cruised to a 13-5 victory over the visiting Wolfpack. Claremont’s No. 1 singles […] 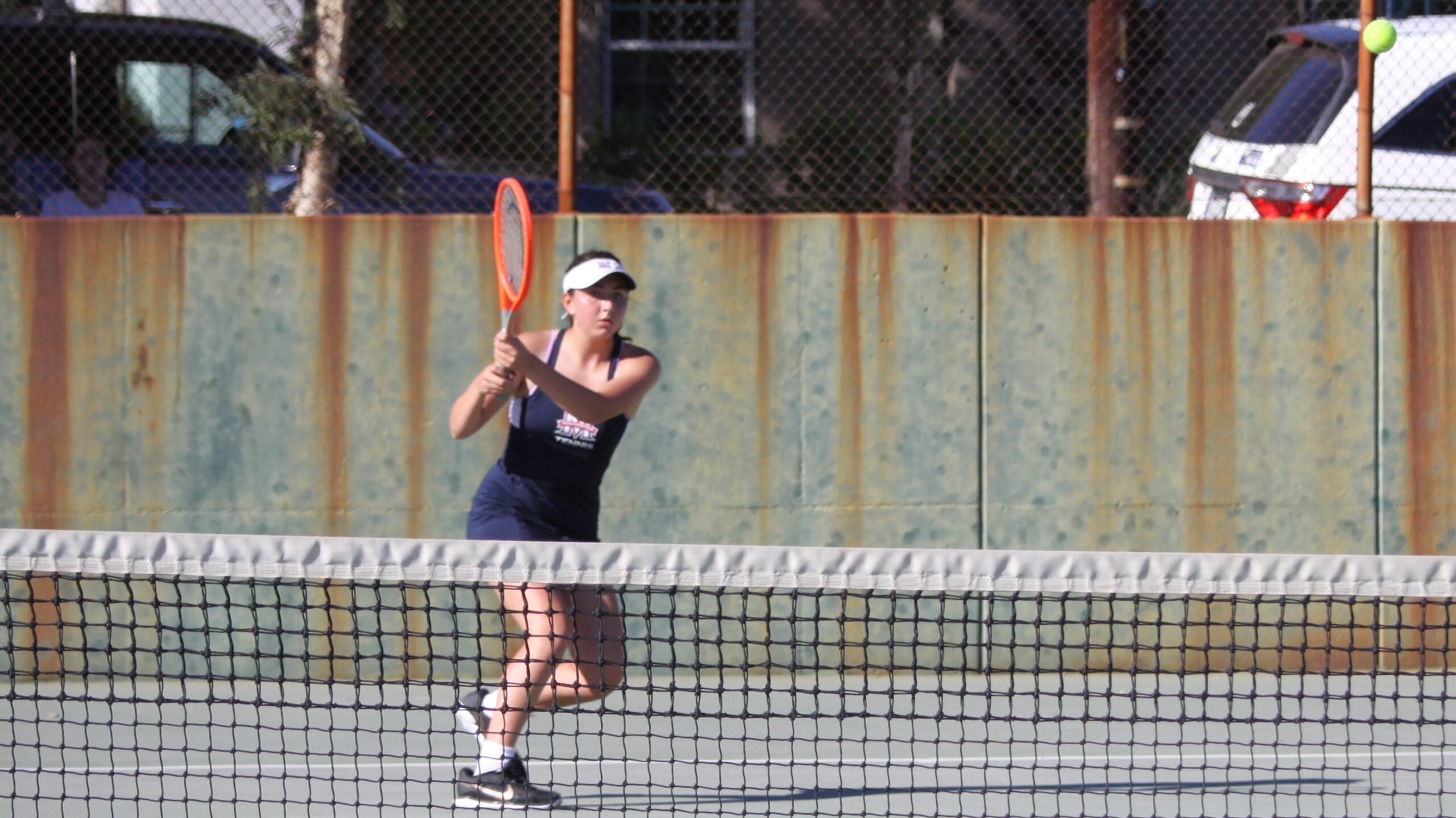 Photo of Natalie Arminak courtesy of Amanda Lin Girls Volleyball: League leader, Maranatha, knew that third-place Village Christian would make adjustments and fight hard after defeating them 14-4 in their first meeting. They made their adjustments and came out swinging, leading early on in 4 of 6 first round sets, including in the anticipated rematch […] 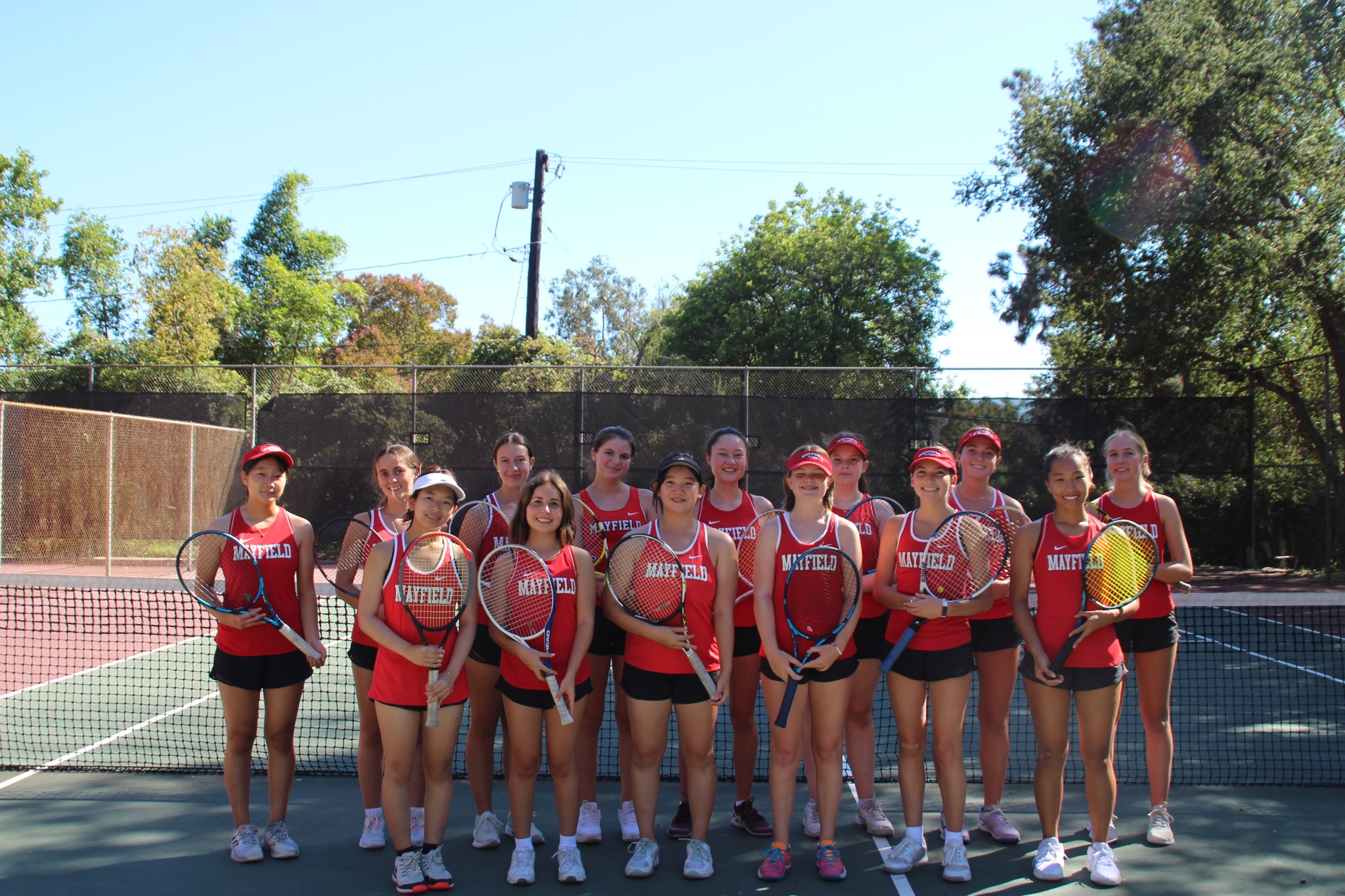 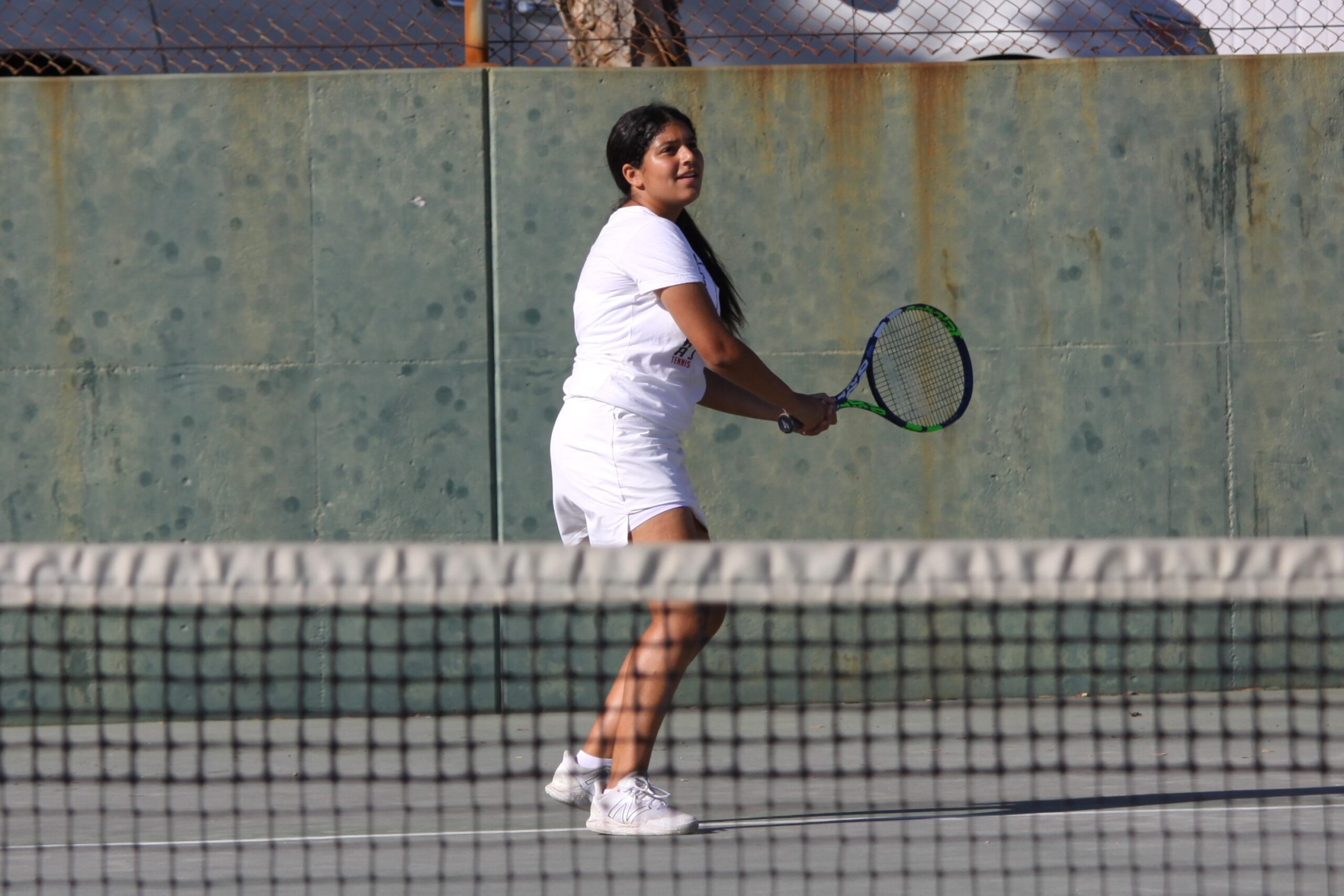 Maranatha Continues Hot Streak, as Lady Minutemen Cruise to a 13-5 Victory Over Providence

Photo of Kathryn Khalil courtesy of Amanda Lin Girls Tennis: It was the first-ever meeting between Maranatha and the Providence (Burbank) Pioneers, who were missing their top player due to injury. The Lady Minutemen were especially sharp out of the gates, putting the pressure on from the outset, and emerging with a 6-0 lead after […] 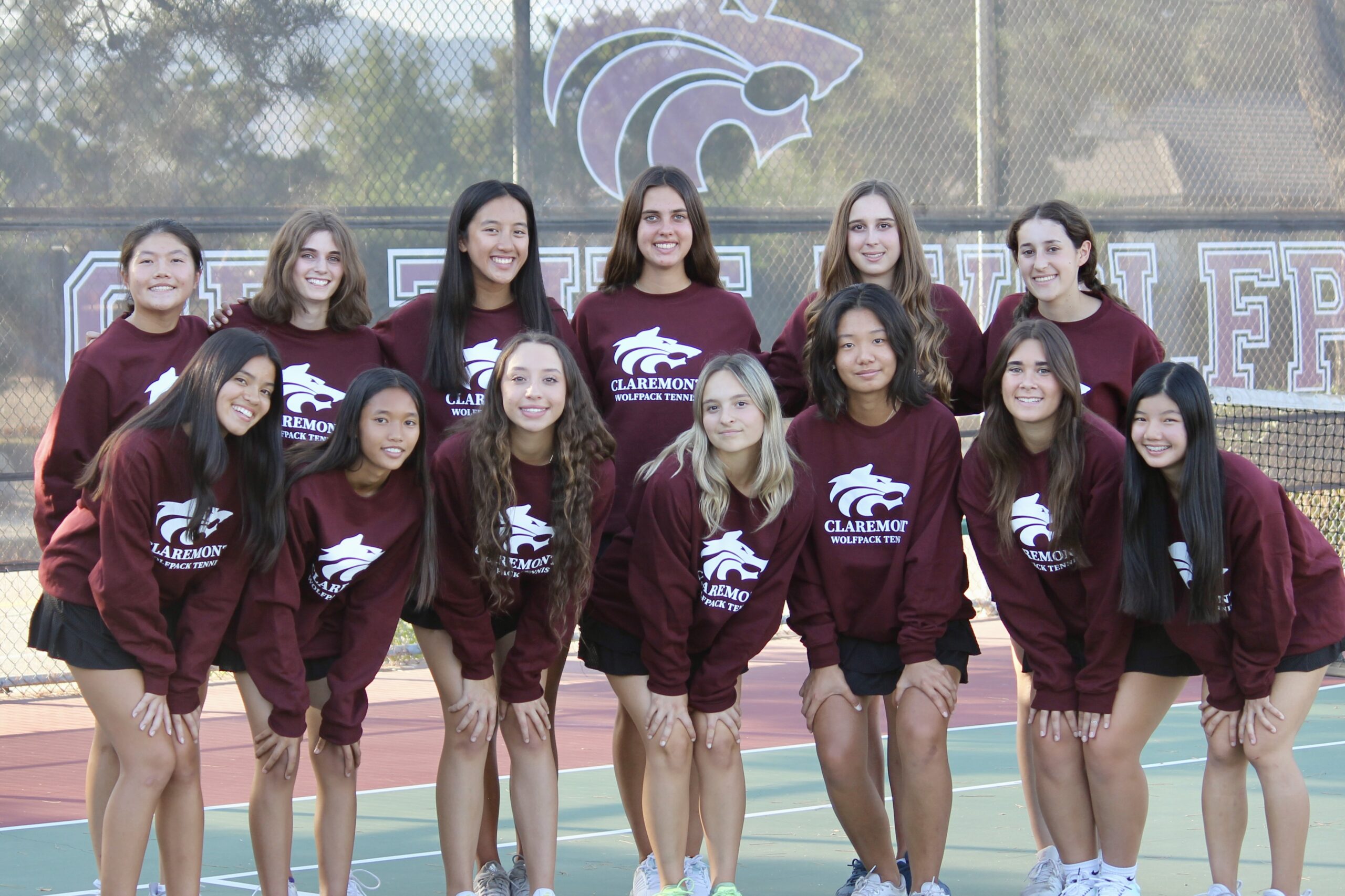 Girls Tennis: One of the great side effects of blowout victories is the luxury of getting as many players some real-time experience as possible. And such was the case for the Claremont High School girls tennis program. CHS cruised to a 14-4 victory over Redlands in a nonleague match. The singles players and doubles teams […] 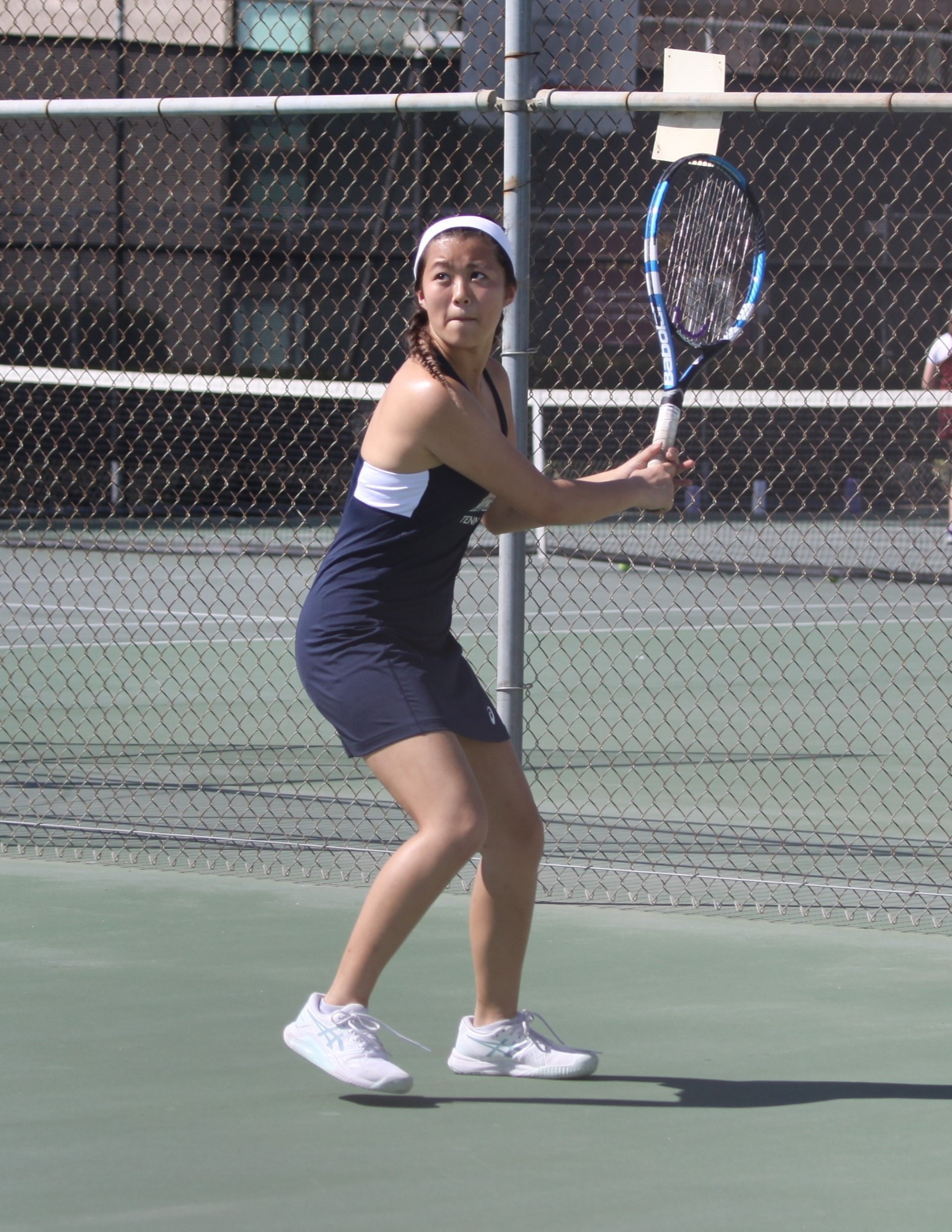 Girls Tennis: In a contest between the Olympic League’s top two teams, Tuesday’s winner would take a large step towards a league title. And it Maranatha that came out on the right side of an 11-7 decision over the Defenders. Maranatha was able to jump out to a 4-2 lead in the 1st round behind […]

Girls Tennis: Mayfield open Prep League action with an 11-7 victory over Westridge. The Cubs singles players went 6-3, and their doubles teams claimed five wins in nine matches. Sam Frick went 3-0 at No. 1 singles by scores of 6-3, 6-3 and 6-0. Allison Huang had two wins and Brooke Aloe earned the Cubs […] 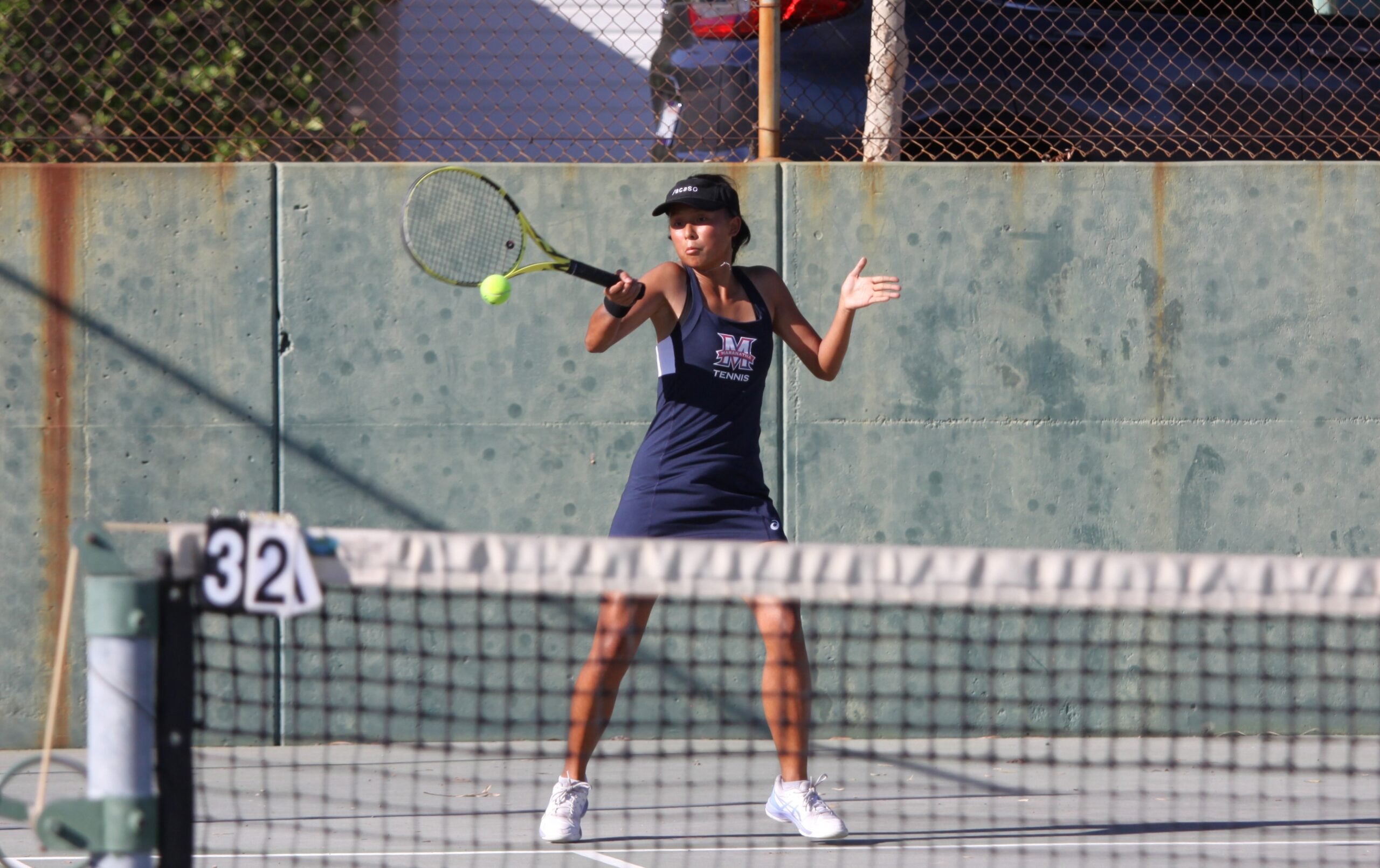 Girls Tennis: In their first home match of the season, and the opening of Olympic League play, the Lady Minutemen wanted to come out strong and to play solid tennis from the outset. They did just that, opening a 5-1 lead after the first round. Doubles, who went a perfect 9-0 on the day, opened […] 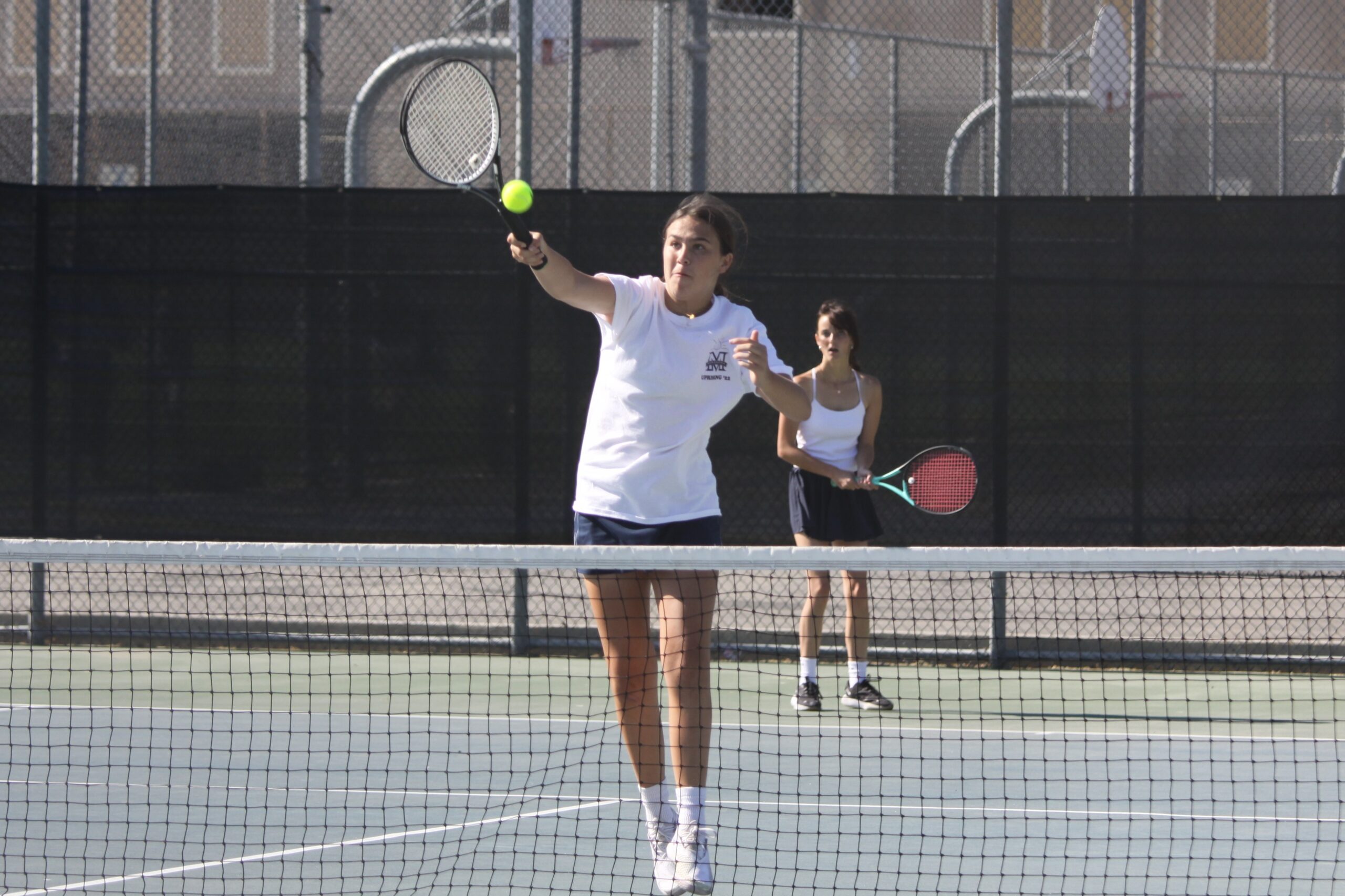 Photo of Kasey McCoy and Esmee Eaton courtesy of Amanda Lin Thanks to Maranatha for this report Girls Tennis: In their sixth consecutive road match, the young Lady Minutemen squad continued their upward trajectory, with doubles playing their best overall tennis of the young season. Facing a squad very similar in strength and talent distribution […] 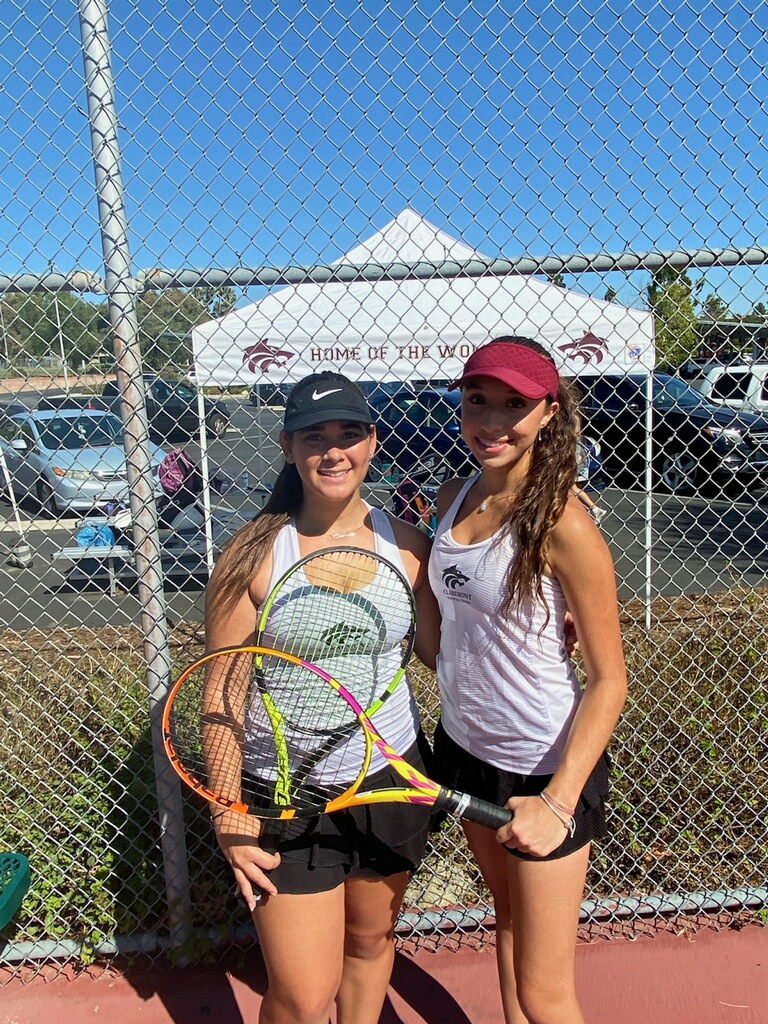 Pictured L-R: Camila Fernandez & Delila Vargas Girls Tennis: Claremont opened Palomares League play with a dominating 16-2 victory over Alta Loma. The Wolfpack went 8-1 in both singles and doubles, and thanks to a blowout, it allowed CHS to get most of their roster some action on Wednesday. No. 1 singles player, Sydney La, […] 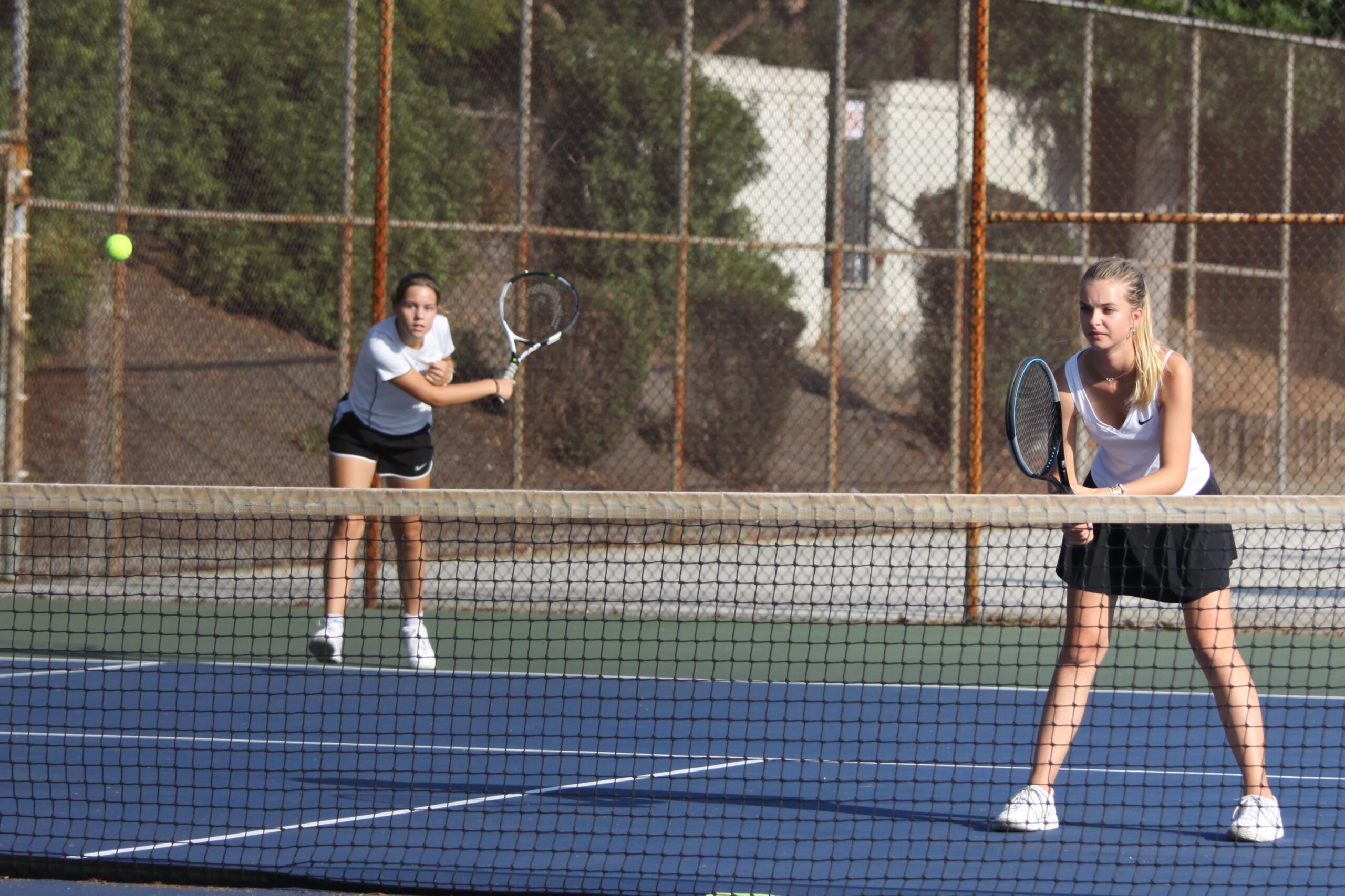 Photo of Nelli Breuer & Marie Wolfrum courtesy of Amanda Lin Thanks to Maranatha for this report Girls Tennis: Maranatha played solid overall tennis today en route to defeating an upstart Blair team, 13-5. Two seasons ago, COVID-19 struck and neither school was able to field a full squad when they played one another. Today, […] 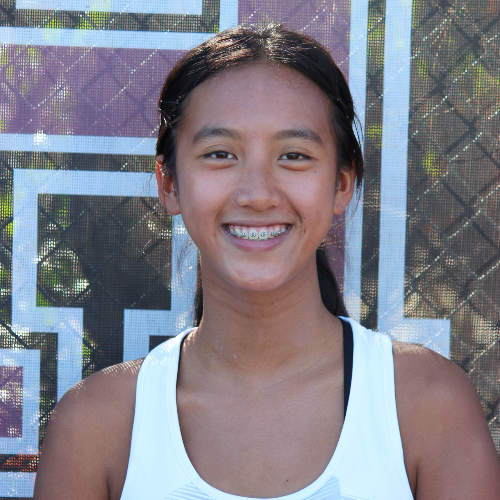 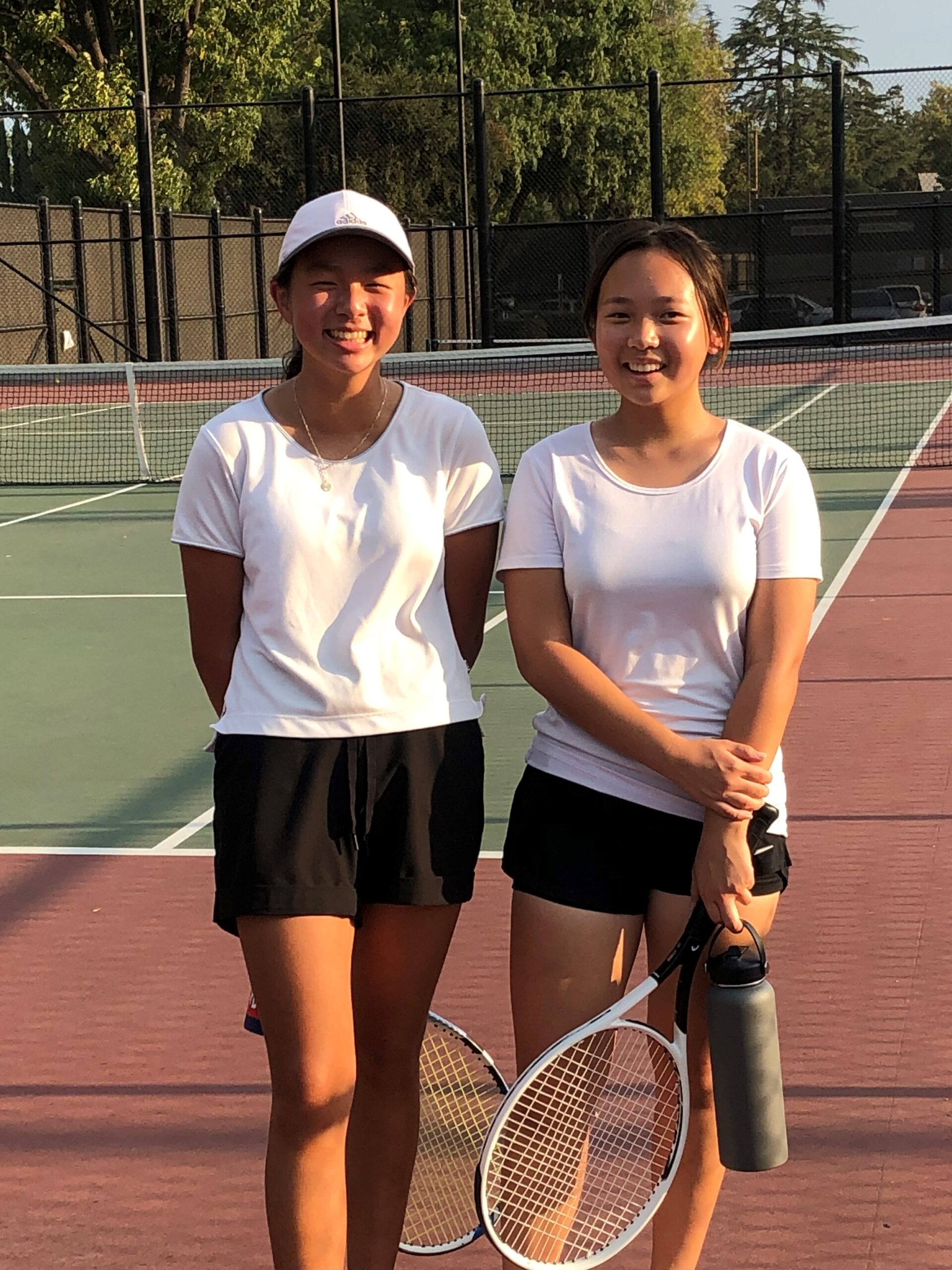 Thanks to Maranatha coach Arthur Hsieh for this report: Girls Tennis: In their fourth consecutive away match to start the season, the Lady Minutemen suffered their third straight loss to fall to 1-3. Yet, they continued to show improvement and are heading in the right direction. Their hope is to be able to continue improving […]