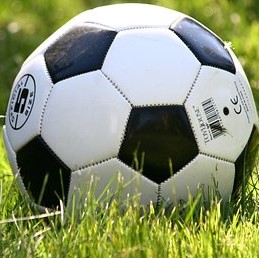 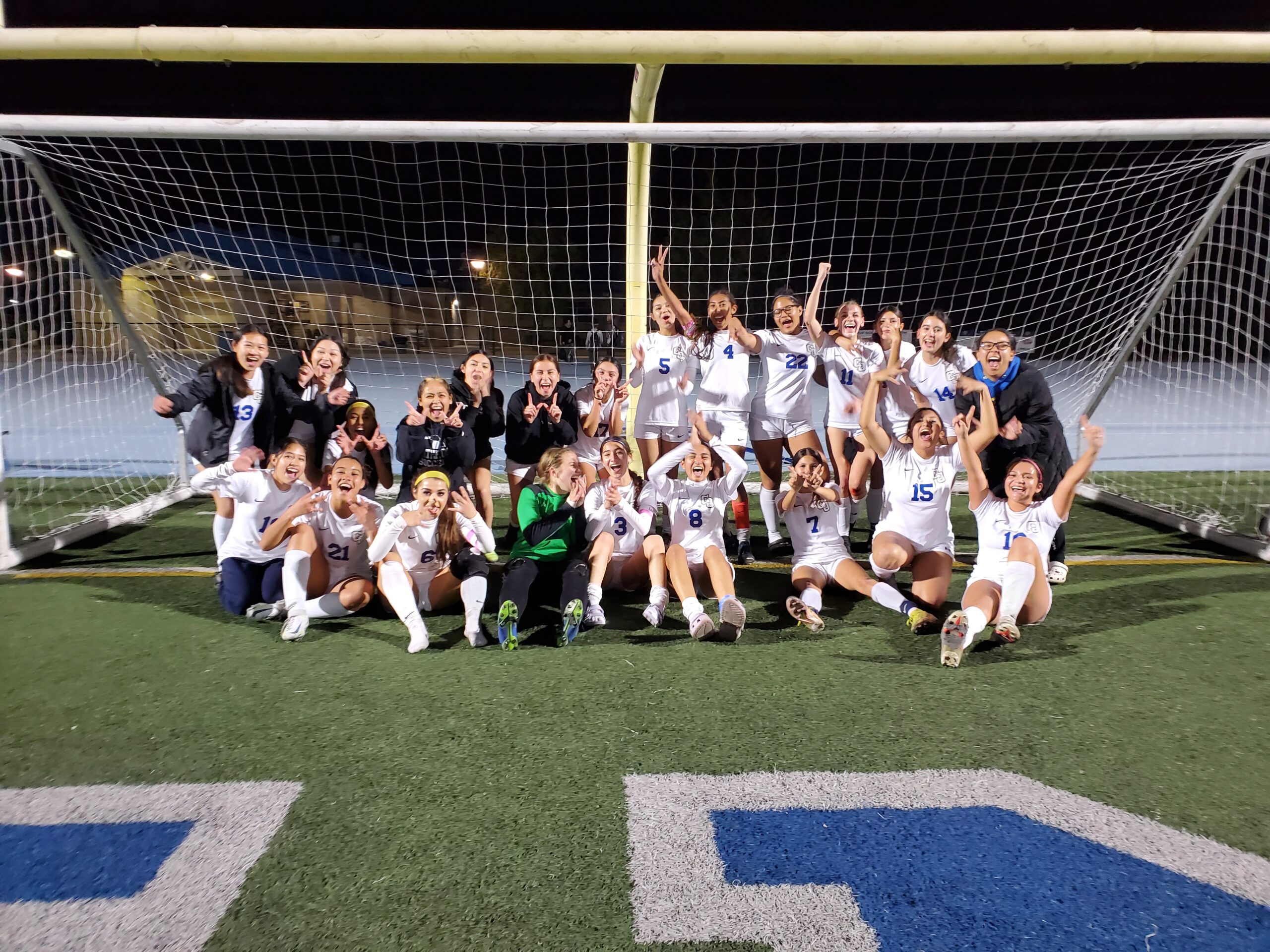 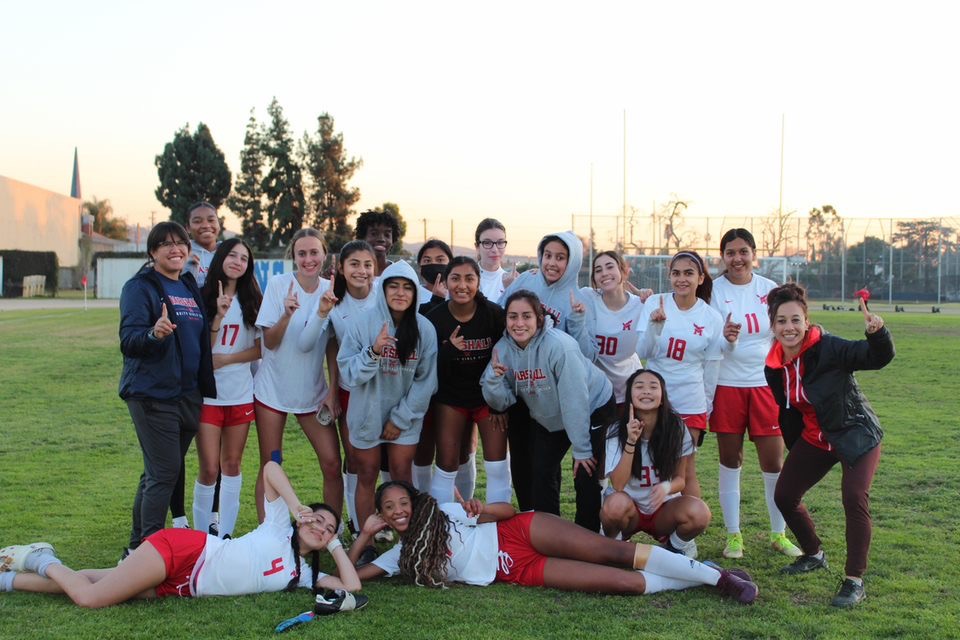 Girls Soccer: Two days after dropping their first Mission Valley League game, Marshall Fundamental was back to their winning ways. The Eagles cruised to a 5-1 victory over visiting El Monte. Esmeralda Jaquez scored a pair of first-half goals. The first was assisted by Niria Robles and the second from Maryann Ballard. Corazon Adomou also […]

Girls Soccer: After spotting Diamond Ranch a 1-0 lead, Charter Oak would score three unanswered goals and claim a 3-1 victory. Madeline Traylor, Avery Zernickow and Melody Orozco scored one goal apiece. Joseline Murrillo assisted in one of the Chargers three goals. Jadyn Sabatino had five saves for COHS. With three games to go, the […] 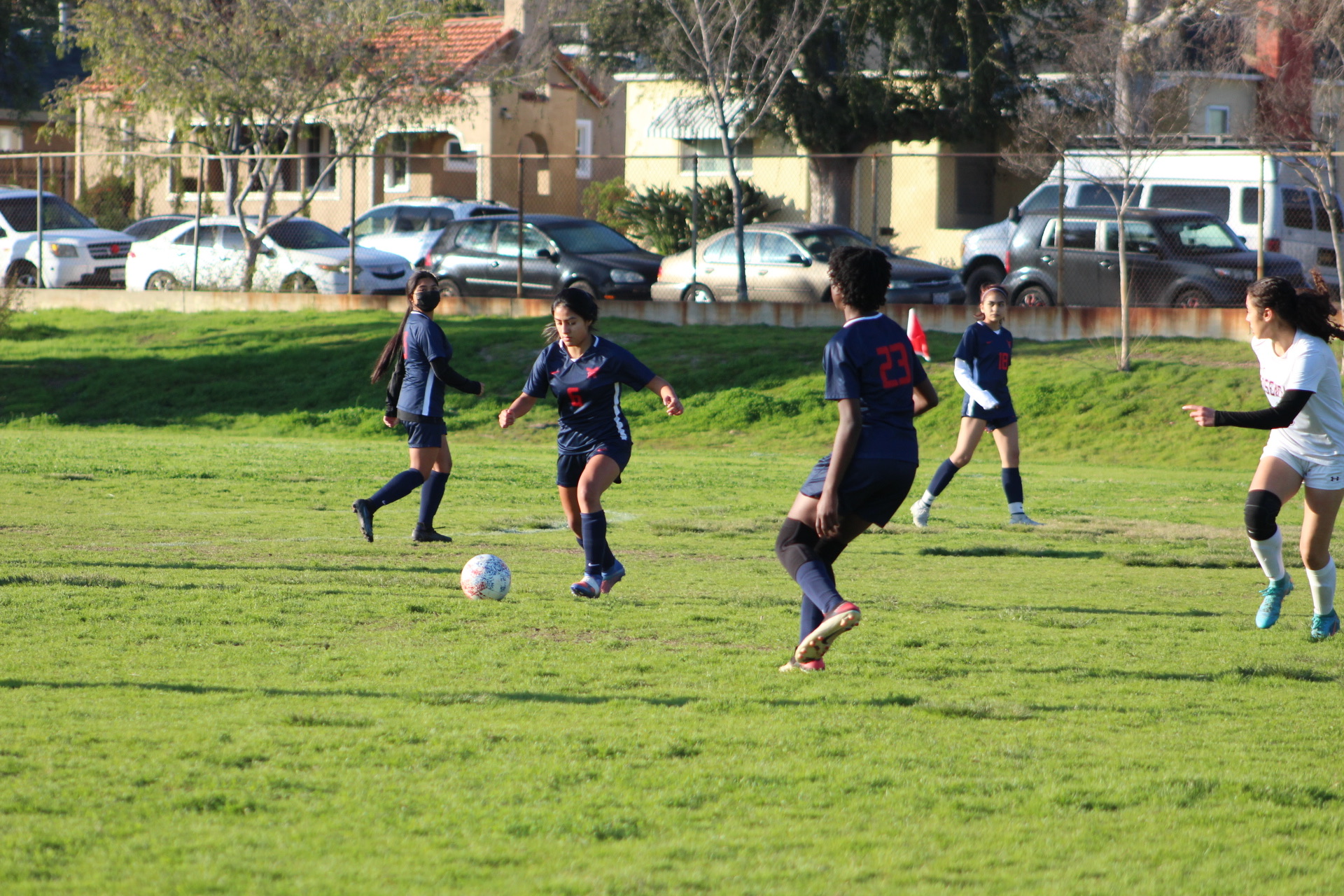 Photos and info from Johanna Cortes Ruiz Girls Soccer: Marshall Fundamental continued its dominance in Mission Valley League games. The Lady Eagles remailed unscathed thanks to Friday’s 6-0 victory over Rosemead in a make-up game. Marshall got three first-half goals and three more in the second. Angely Carrera Puga scored the first goal off an […]

Girls Soccer: After dropping their first Valle Vista League game of the season on Tuesday, Charter Oak took it out on Northview. The Chargers cruised to a 9-0 beatdown at NHS. Madeline Traylor had two goals and two assists. Joseline Murrillo scored once and assisted on four goals. Avery Zernickow and Jaqueline Murrillo both scored […] 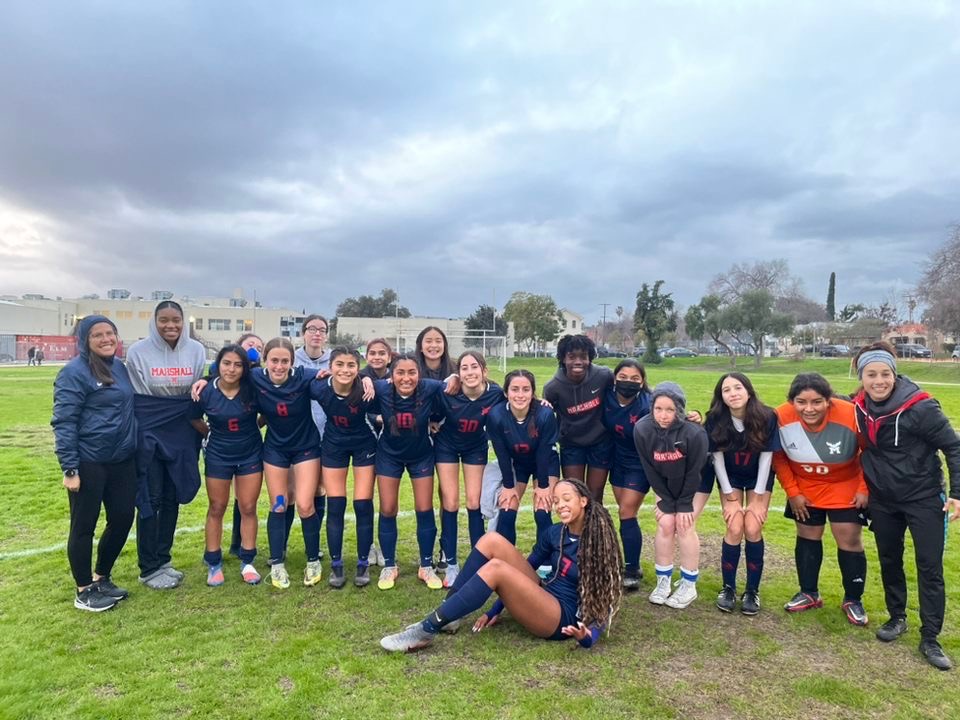 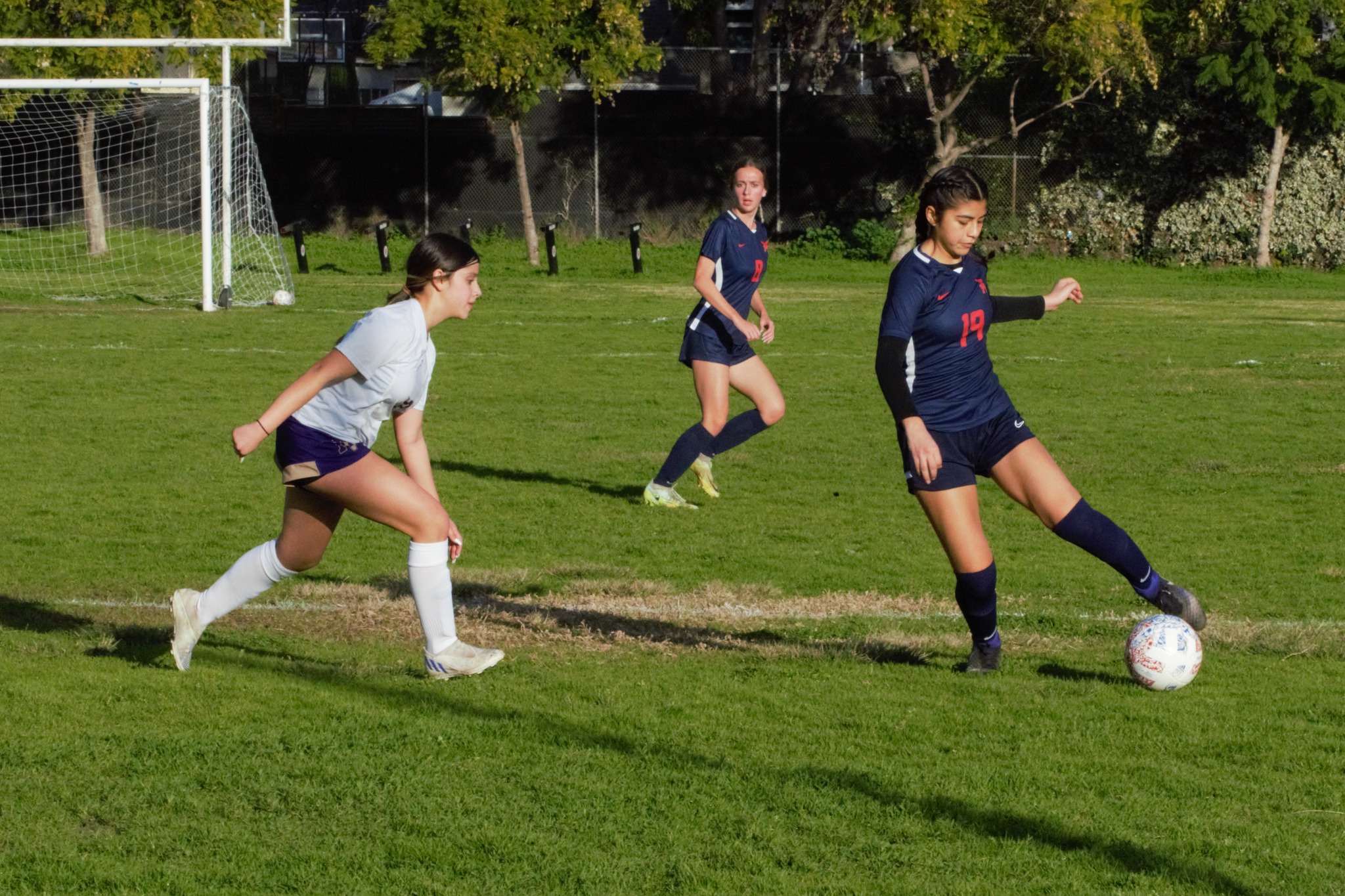 Photos by Jim Jota Girls Soccer: Marshall Fundamental stayed unbeaten in Mission Valley League play. The Eagles cruised to a 4-0 victory over Mountain View. Esmeralda Jaquez scored three goals in the win. Corazon Adomou had a first-half score of her own. Kaiya Jota had a clean sheet in goal for the Eagles. Up next: […] 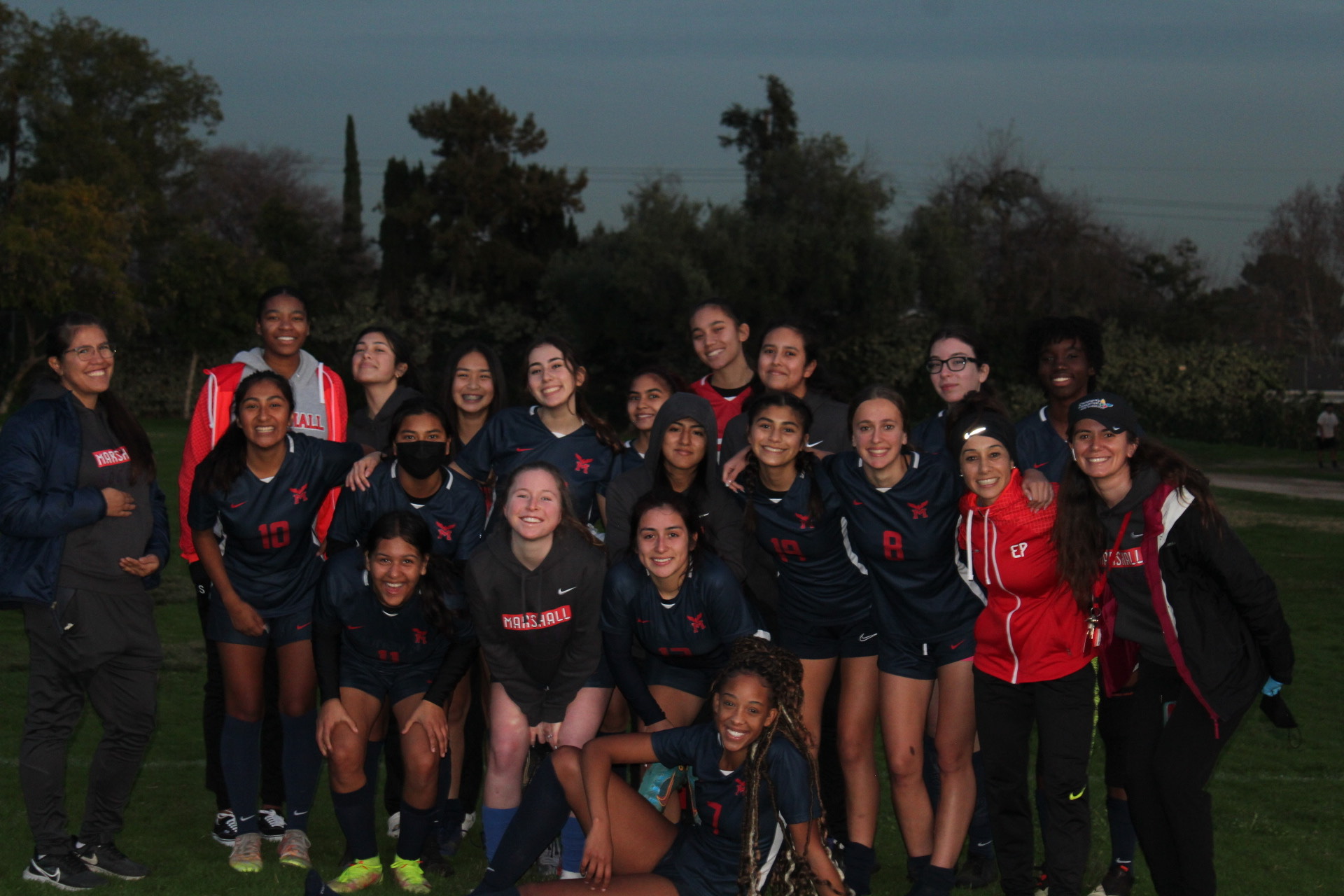 Photo and game info by Samantha Reynoso Girls Soccer: Marshall Fundamental defeated visiting South El Monte, 3-0, in a Mission Valley League showdown. The Eagles are now 5-0 in league games. Maryann Ballard got Marshall on the board in the first half with thanks to an assist by Corazon Adomou. In the second half, Ballard […] 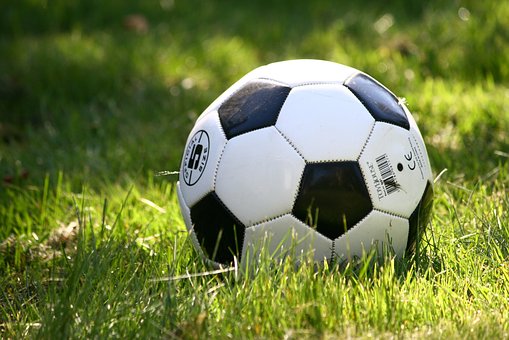 Girls Soccer: Just two days after scoring three goals and tallying two assists in the Valle Vista League opener, Madeline Traylor was back at it on Thursday. This time, Traylor scored twice in a 6-1 victory over Diamond Ranch. Avery Zernickow had a huge game with three goals and an assist. Melody Orozco added a […]

Girls Soccer: Charter Oak cruised to a 5-1 victory over visiting Northview in the Valle Vista League opener. The Chargers got three goals and two assists from Madeline Traylor. Alex Plaza and Avery Zernickow chipped in with one goal apiece. Jaqueline Murrillo had two assists in the win. Jadyn Sabatino totaled seven saves on Tuesday. […] 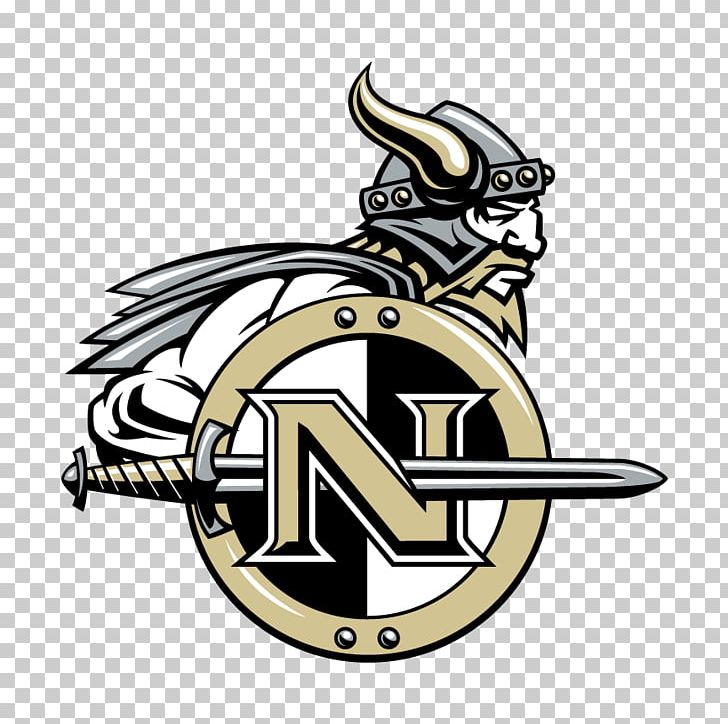 Girls Soccer: Northview opened the 2022-23 season with a 2-1 victory over Nogales. The Vikings got goals from Khloe Lopez and Zoe Schultz. Daisy Navarro had three saves in goal, and Marisela Cantero blocked six shots. Up next: Northview travels to Baldwin Park on Monday at 4:45. The Braves (0-1) fell, 3-1, to El Monte, […]

Girls Soccer: The magical and historic 2021-22 season finally came to an end on Thursday night for Marshall Fundamental. Hemet avenged last week’s CIF-SS Division 5 title-game loss and defeated the Eagles, 3-1, in the semifinal round of the CIF State Division 4 playoffs. Bridget Arnold scored the game’s only goal in the first half […] 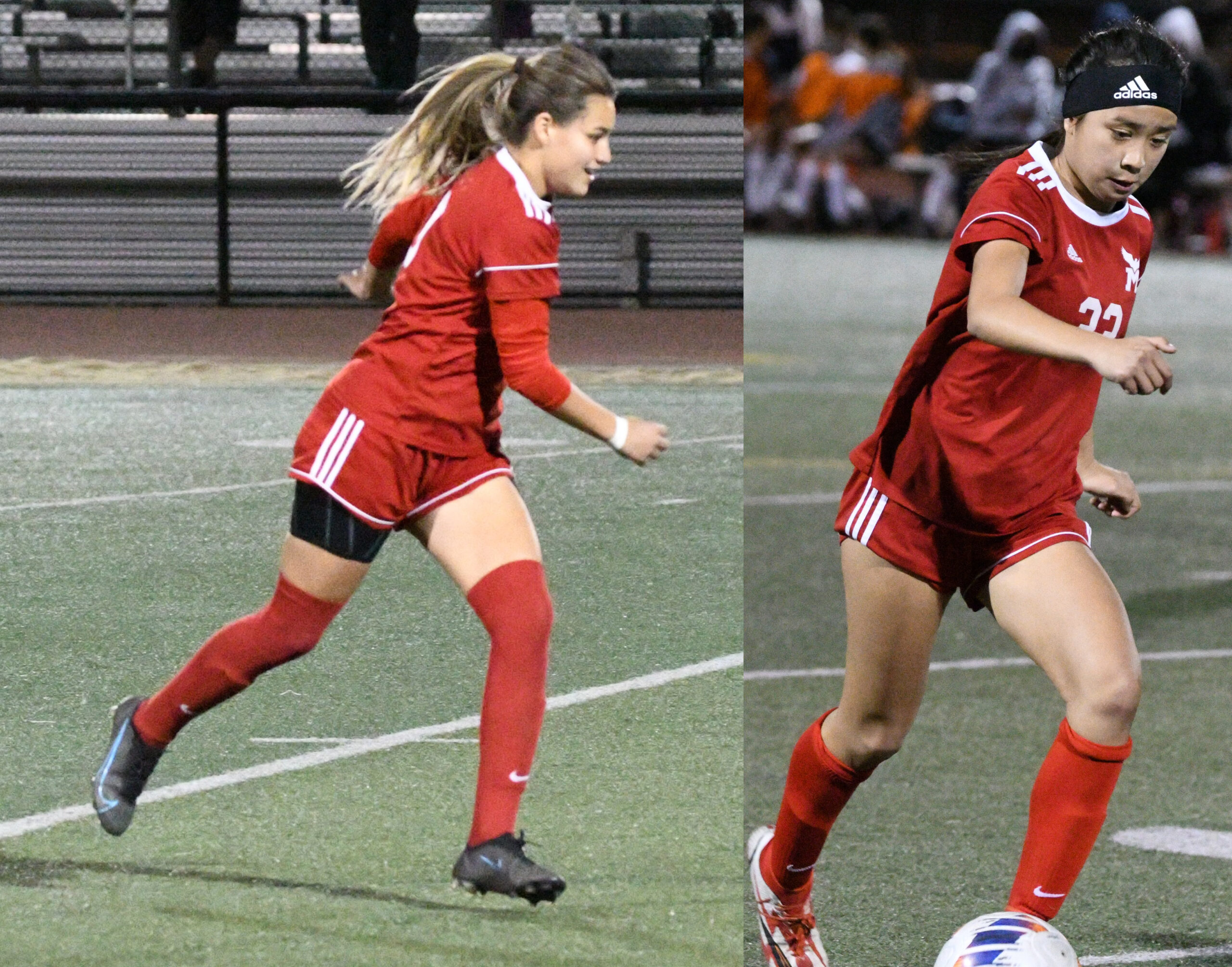 Pictured L-R: Marshall Fundamental’s Brianna Marquez & Skylar Atacador Girls Soccer: If anyone may have thought the Marshall Fundamental girls soccer program was going to have a letdown after winning the CIF-SS Division 5 title on Saturday night, those concerns were put to bed early on Tuesday. The Eagles scored five goals in each half […] 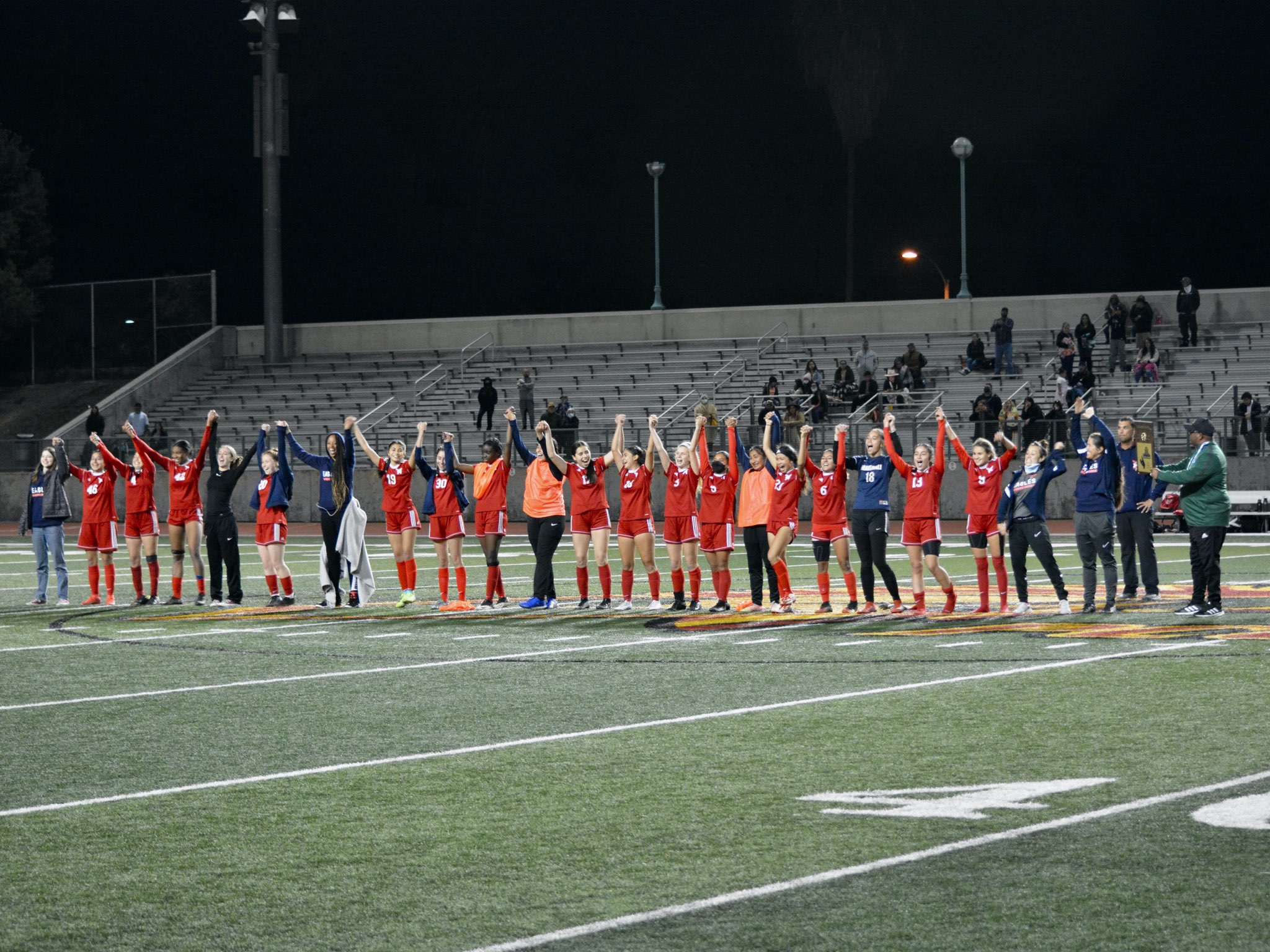 Girls Soccer: No biggie. Marshall Fundamental won their 17th consecutive game on Saturday. And it just happened to be in the CIF-SS Division 5 championship game at PCC. The Eagles defeated Hemet, 4-3, in an overtime thriller. It was the Bulldogs first loss since Jan 14. Hemet’s Helen Elizalde scored twice in the first half […]