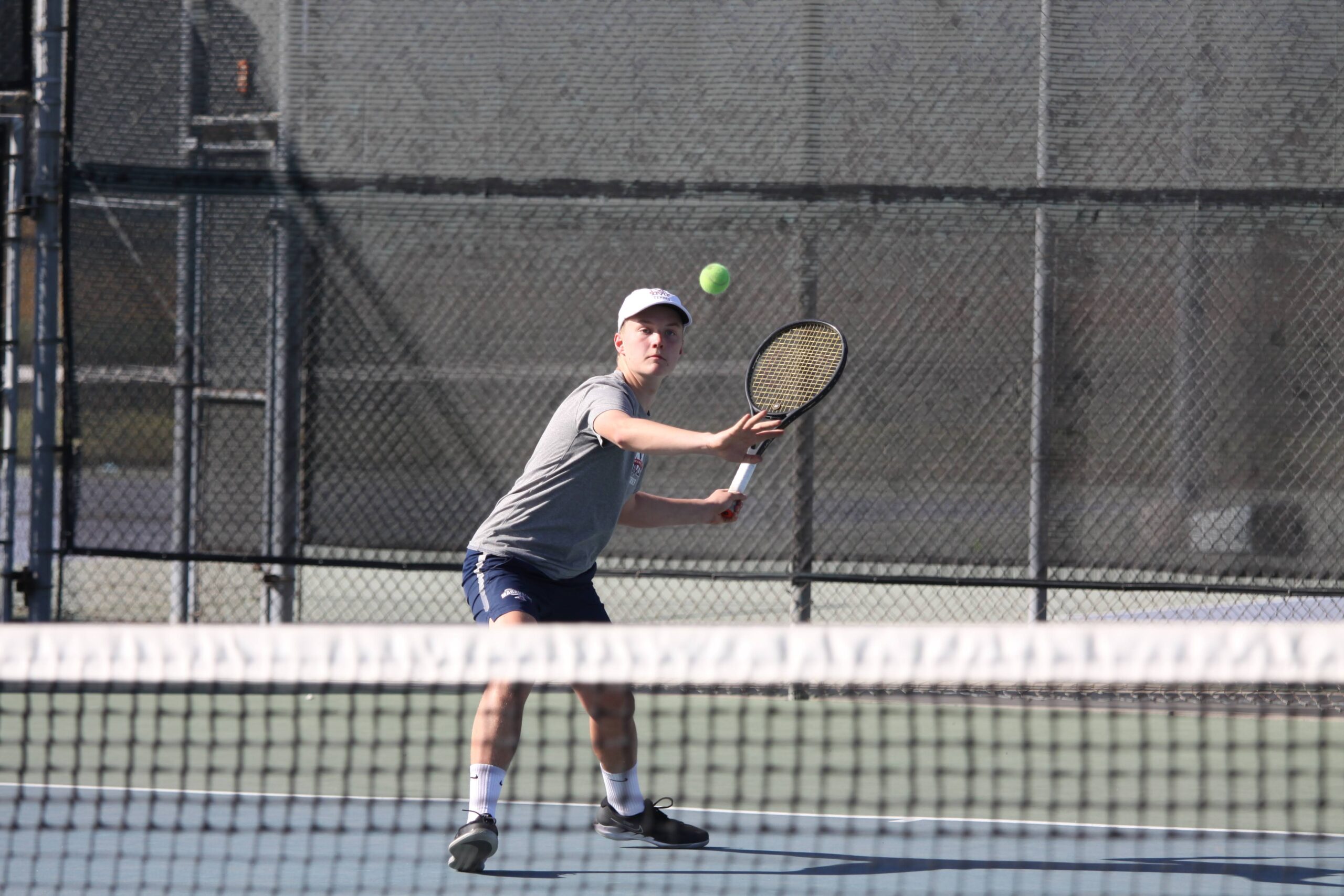 Thanks to Maranatha Tennis for this report:

Playing back to back matches in 96-97 degree heat was the biggest test for the Minutemen this week, as they completed two dominant outings by virtue of their will power as much as their abilities.

In this non-league match, the starters wanted to take care of business quickly in hopes that Coach Arthur Hsieh would put in the reserves if they had the match securely in hand after the second round.3.

In fact, both teams emptied their benches and completely replaced their singles squads in the third round, with Eli Su winning MHS’s only singles set of the round, with an impressive 6-0 score.

Jonathan Jo, who played doubles yesterday, played his very first official singles set and went down early, 0-4, before beginning to figure out the singles game. He fought back to 4-5 before succumbing, 4-6.

On Monday, 4/11, they head to Rowland, a perennially strong program, and ranked as high as #6 in Div. 3 earlier this season.

On Wednesday, 4/13, they head to Geffen Academy/UCLA (currently ranked #4 in Div. 5) in the Coastal League’s biggest match of the season, with the top two teams in the league competing for the league title.