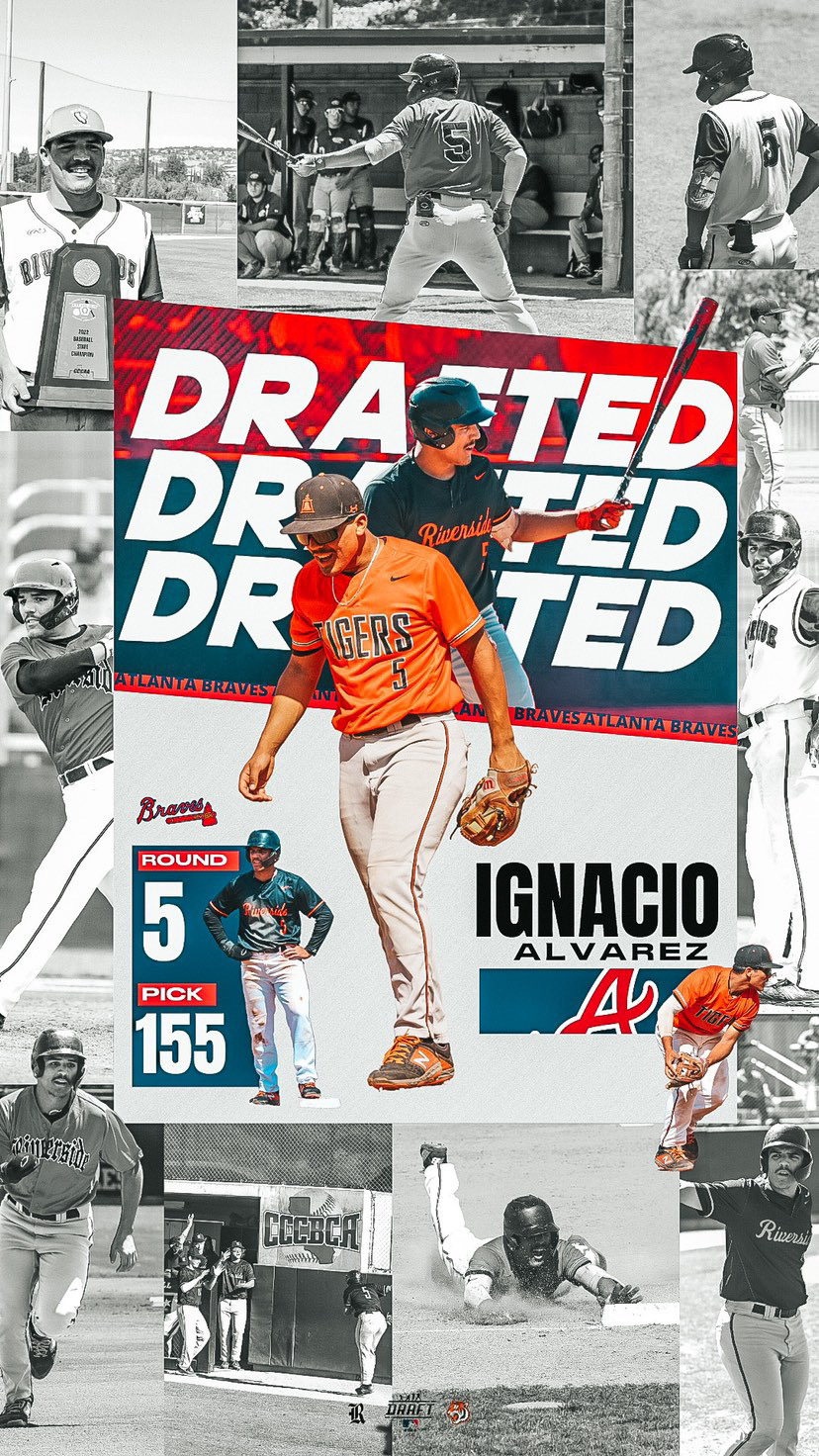 Ignacio Alvarez Jr. exemplifies what the American Dream is all about.

‘Nacho,’ as he’s called, is the youngest of five boys to Maria and Ignacio Alvarez Sr.

In 1977, they left Mexico for the United States in the hopes of a better life.

Fast forward 45 years, and Mr. and Mrs. Alvarez got to witness their baby boy get selected in the fifth round of the MLB draft by the World Champion Atlanta Braves.

Alvarez, who played four years at Kaiser High School in Fontana, one season at Riverside City College, and the last six weeks for the Inland Valley Pirates in the Best of the West Collegiate League, was the 155th pick.

Last week, he was named the MVP of the Best of the West All-Star game at Cal Poly Pomona.

Without giving away exact and private details, it’s safe to say that Nacho earned and will receive a fat signing bonus.

Ignacio’s reaction to being selected on Monday was caught on video.

When did Ignacio’s journey begin?

Alvarez began his baseball career at the age of three, and said he’s dreamed of playing in the big leagues since he was six years old.

One thing that prepared him for this moment, and separated Alvarez from many, was the fact that he was always competing against kids much older than he was.

In the second grade, Ignacio went head-to-head with pitchers five years his senior.

When he was just 13, longtime Kaiser coach Michael Spinuzzi said, “I knew the first time I saw him swing the bat and the way that he carried himself that Nacho had a realistic shot at playing professional baseball.”

Alvarez never wanted anything handed to him, so through hard work, solid play in the infield and a red-hot bat, Nacho earned his spot in the Cats’ lineup from 2018-2021.

In spite of COVID-19 limiting Kaiser to just 26 total games in 2020 and 2021 combined, Alvarez put up monster numbers.

More impressively, though, was the focus and mindset of a kid that was far beyond his years.

Instead of pouting, feeling sorry for himself or losing passion for the game of baseball during the pandemic, Alvarez used that time to sharpen his fielding and batting skills, not to mention the mental aspect of both baseball and life.

Because of how sparingly Kaiser played during his junior and senior seasons, Ignacio wasn’t seen (by scouts & coaches) as often as many of his contemporaries.

Nacho decided to go to Riverside City College and played a huge role in RCC winning a state championship.

At RCC, Alvarez was challenged on a daily basis to be a better player, person and student than he was the day before.

Nacho said he wouldn’t be in this position if not for the leadership, tough love, guidance and counsel from both Kaiser coach Michael Spinuzzi and RCC skipper, Rudy Arguelles.

In a phone interview on Thursday afternoon, Coach Arguelles recalled playing against Fullerton JC and their coach walking up to him during infield and saying “we’re looking at a future big leaguer,” in reference to how easy Alvarez made things look.

For their part, Spinuzzi and Arguelles absolutely love Ignacio Alvarez.

Spinuzzi said his wife and others went to Knott’s Berry Farm on Monday, but he told her, “I’ve got to stay home and watch this.”

While talking to Arguelles and relaying what Alvarez told this reporter about the appreciation he has for Rudy, the RCC coach admitted that tears were streaming down his face. 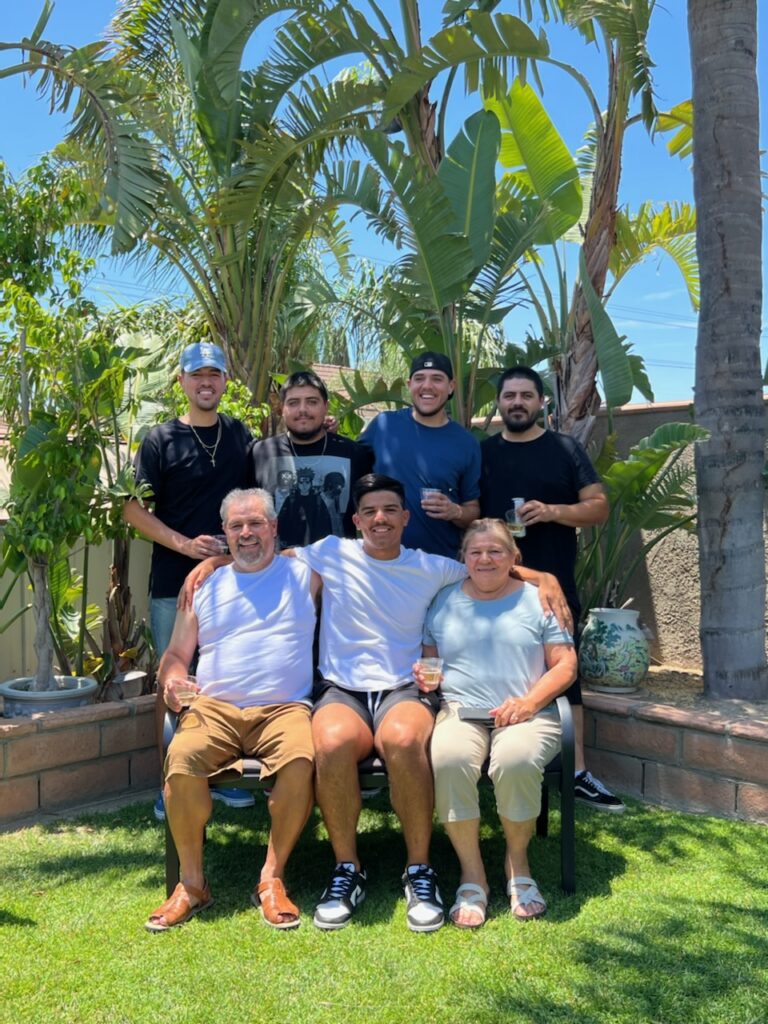 What makes Nacho so special is that at 19, he’s already got his priorities in order, and he doesn’t let people or unnecessary drama get in the way of his dreams.

Ignacio is also mindful that his parents aren’t wealthy and yet they bent over backwards to make sure their boys were fed, clothed and loved.

On many occasions, Mr. Alvarez had to take some time off work just so his son could get to a practice or game.

In a Wednesday night phone interview, when asked about his plans to make life easier on his family financially, Nacho literally broke down in tears, because he is now able to support a family that has always supported him.

And on top of everything else, Alvarez has maintained a 3.5 grade-point average.

Ignacio said he’s replayed his DVR at least 120 times since Monday to watch his name being called over and over again.

His phone blew up with over 150 text messages in about a 20-minute span, and he got to share the moment with those he loves the most.

On Sunday morning, Alvarez flies to Sarasota, Florida, for a minicamp.

And two weeks after that, he’ll begin to play for the Braves Single-A affiliate, the Augusta GreenJackets in South Carolina.

Lastly, I asked Alvarez to touch on the following topics: What role did your parents play in all of this? When did you realize you’d be drafted?
What impact did Coach Spinuzzi (Kaiser) and Coach Arguelles (RCC) have on your life/career?

Said Ignacio Alvarez: “This would be impossible without my parents. They sacrificed everything for us. There were times that my dad had to call of work just so I could get to games and tournaments in the LA area. My mom was a stay-at-home mom until I was in high school. She was always there for me and she’s really one-of-a-kind. I love them both very much.

I got a call from my agent about 15-20 picks before it happened and he told me to be ready for it. But it wasn’t real until I saw it for myself.
I got chills down my spine when the world champions picked me. Coach Spinuzzi was tough on me. He taught me the mental side of the game and always taught me to let my game speak for myself. Coach Arguelles and I clicked from day one. He treats his players like we’re family and he’s someone that I talk to on a daily basis. They both did so much to help make this day possible.”

RCC coach, Rudy Arguelles: “We are a family at RCC and when a kid commits to us, we make a commitment to the player and his family. Nacho is a great young man and goes about his business like a pro, and that made watching him get drafted even more special for all of us. He works hard, is always willing to learn and he makes the game look so easy. His impact on our program in just one year is incredible. He’s selfless, bright, and a role model for what we want our student-athletes to be like. He can play a number of positions well and his success at the plate speaks for itself. We are just so proud of him as a player and even more as a respectful and hard-working young man.”

Kaiser High School coach, Michael Spinuzzi: “I met Nacho when he was 10, and I knew at age 13 that this day was a real possibility. He is the real deal and we couldn’t be more proud of him. I coached one of his brothers, so I knew him, and how hard he worked. When he walked onto the varsity field as a freshman, you could see he was ready to compete at that level. His junior and senior years were drastically shorter because of COVID-19, but he still had the desire and work ethic to get better every day. Coach Rudy at RCC and his staff did a great job in taking his game to the next level. You’ve probably heard a lot of good things about Nacho, and I want to tell you that they are all true. He’s a great kid with a lot of heart, and that’s what made this moment even more special for those of us that know and love him.”

Former Kaiser High teammate, Gabriel Perez: “Ignacio always had a very high IQ level in the sport, he’s a very smart kid who knows the game really well. He’s very competitive and athletic when it comes to any type of sport, when we play basketball, people always ask him what school he plays for because of how good he is. The seven years of being his friend has taught me that this guy just wants to have fun while winning. He’s a very loyal friend, who will always have his family and friends in mind before himself. He is one of the hardest working kids I know.”

RCC teammate, Matt Bardowell: “Nacho is a true competitor. I think that’s a reason why he flourished at Riverside City, because that’s what we’re taught to be, fearless competitors. The numbers speak for themselves and they came from his work ethic. I really enjoyed being his teammate and we pushed each other every day to get better. So far, the hard work is paying off for the both of us.”