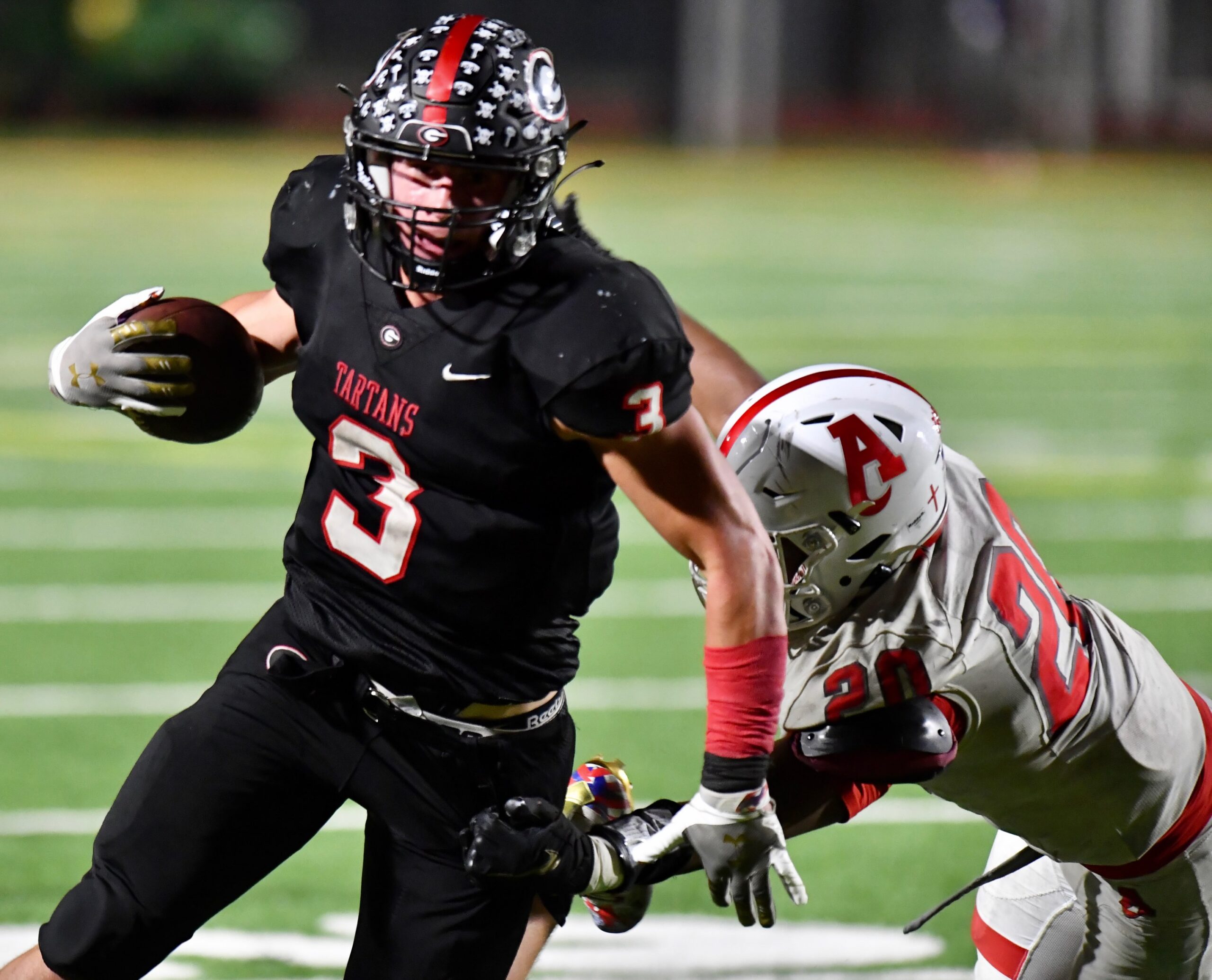 There’s a reason that Glendora and Ayala celebrate a victory over the other.

And it’s not real complicated.

Both the Bulldogs and Tartans have great head and assistant coaches, they fought year in and year out for the Palomares League’s top spot, and they’ve both enjoyed a lot of success.

Heading into Friday’s showdown of the unbeatens, Ayala had gone 22-1 since 2019, and Glendora was 21-3 over that same stretch.

And not that either team needed any motivation to get amped for Friday’s battle at Citrus College.

But it wouldn’t be difficult to understand if GHS hadn’t forgotten the 35-0 beatdown that Ayala delivered to them back on April 9th.

Fast forward to October 1st, and it was the Glendora defense that held Ayala to 28 points under their weekly average.

GHS surrendered  just 226 yards of total offense in the 21-7 victory.

Bryan Wilson got Ayala even at 7-7 after scoring on a 1-yard run.

It was the Bulldogs first drive of the game.

The GHS defense, however,  buckled down and shut AHS out the rest of the way.

Wilson, who entered the contest 11-0 as the AHS starting quarterback, went 7-of-15 for 142 yards and was picked once.

Lytallion Payne led the receiving corps with four catches for 74 yards and Dominic Alloway had a 54-yard reception.

They held Glendora to their lowest point total all season.

But the GHS offense did just enough to claim their first victory over Ayala since 2018.

As is the case each week, that physical monster known as Braydon Brus was yet again, a beast.

The Northwestern commit scored the Tartans first two TD’s on runs of 14 and 7 yards.

And the GHS quarterback put the game on ice when, with 1:55 to play, he rumbled into the end zone from seven yards out.

And Trey Byrd picked Wilson on the final play of the game.

Up next: Ayala will host Alta Loma on Friday to open Mountain West League play.

The Braves (5-1) also dropped their first game of the 2021 fall season this week.

Glendora welcomes Colony to Citrus College on Thursday, as the Tartans open the Citrus 4 League portion of their schedule.