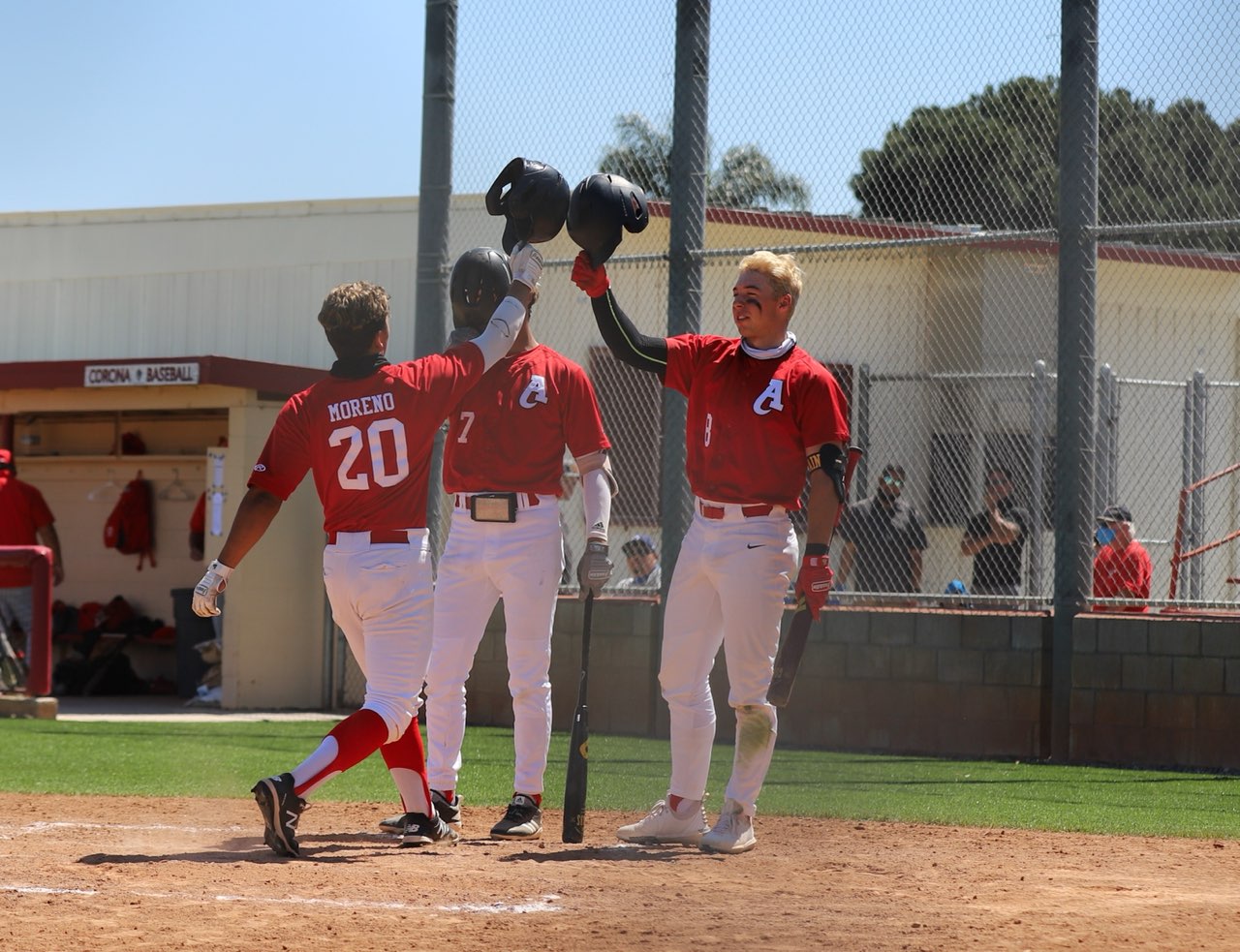 ** Thanks to Tara Masucci for the photos

Ayala remained unbeaten in 2021 after persevering its way through a slugfest at Corona.

The Bulldogs earned an 11-7 victory on Monday afternoon in a game that featured a combined 18 runs and 23 hits, 11 of which were of the extra-base variety.

Ayala actually trailed 3-0 after one frame and 5-2 heading into the top of the fourth inning.

But the Bulldogs got six in the fifth and two more in the seventh inning to pull away.

Corona’s Daniel Perez was stuck with the loss.

He walked and struck out one batter apiece. 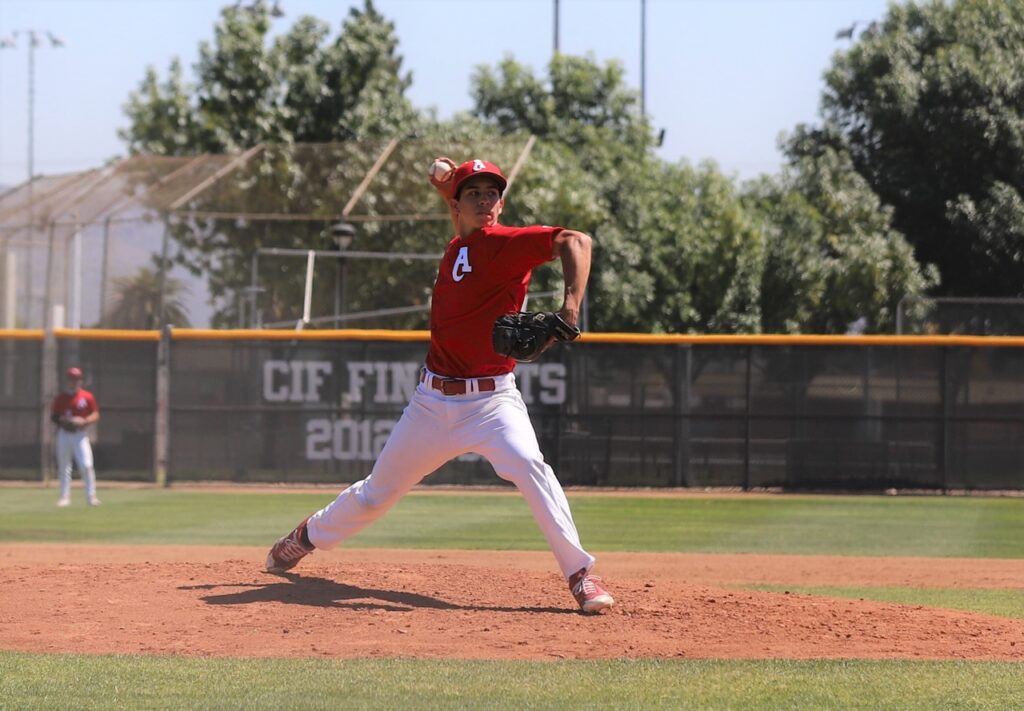 Jacob Badawi walked, singled, doubled, scored once and drove in a pair of runs from the leadoff spot in the Ayala lineup.

Troy McCain scored once and had an RBI double. 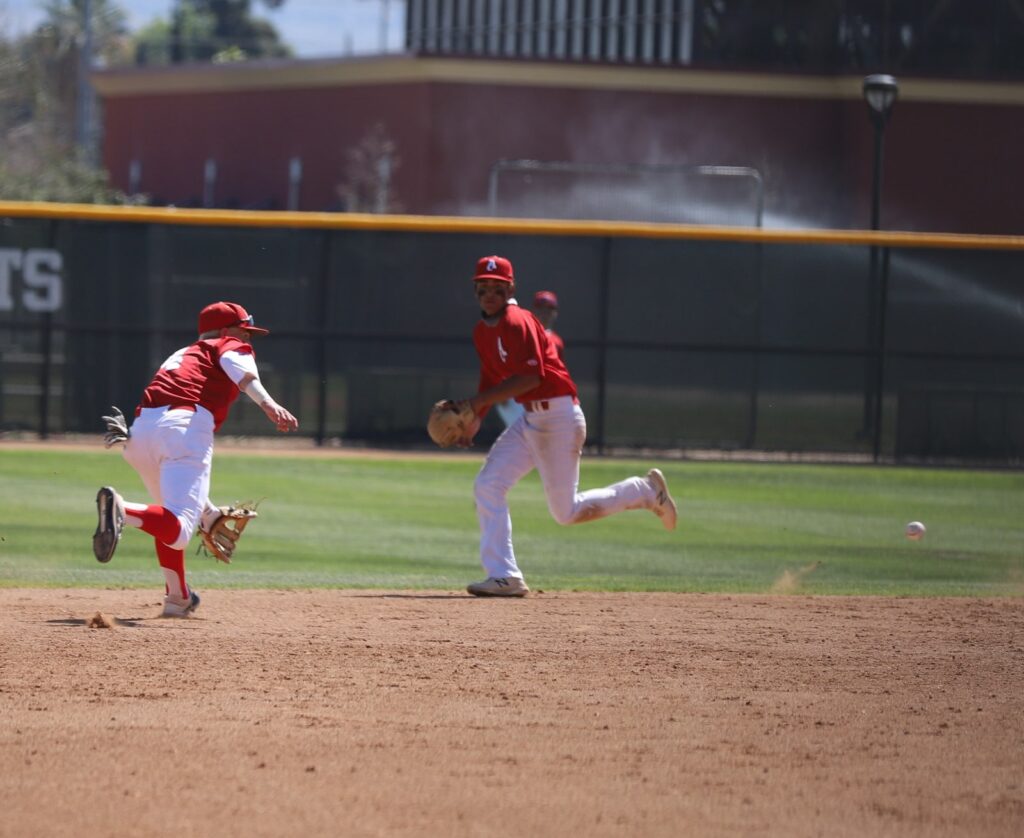 He walked one and fanned three.

AJ Juarez got the win, after going the fourth through seventh innings, and allowing just one run on four hits.

He struck out four Corona batters and walked one.

Daniel Perez doubled and drove in two runs in the loss.

Up next: Ayala will travel to Cypress tomorrow (Tuesday) at 3.

Ayala coach, Chris Vogt: “This was a good team win against a very good Corona team. Early on, we were trying to do too much, eventually we settled in put together some strong at-bats, and had some clutch two-out RBI’s. This week is a tough week for us. We play some of the top teams in Division 1, and our goal is to push ourselves physically and mentally, and prepare for league next week.”