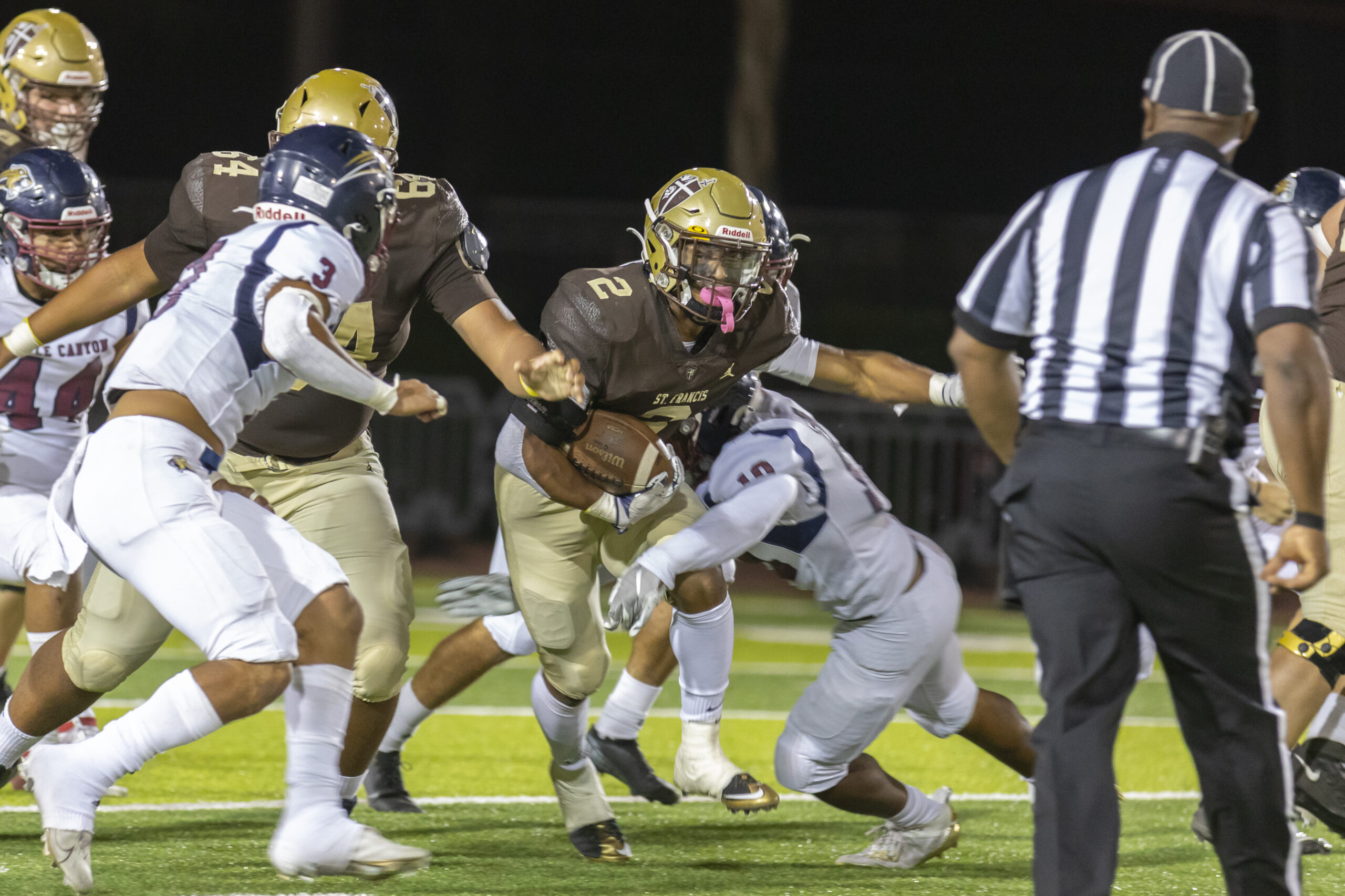 It was arguably the most emotional night in St. Francis football history.

The Golden Knights were dedicating their stadium in front of his family and friends to their late leader and the winningest coach in school history, Jim Bonds.

And yet SFHS went through a stretch late that would have had their fiery coach screaming, including a safety, late hit on a quarterback that extended a drive and so on.

Steele Canyon’s Major Givens scored on a three-yard run to give the Cougars a three-point lead with approximately one minute to play.

All looked lost, and then the Golden Knights did the most typical Bonds thing ever.

They rallied late, including a 37-yard field goal by Clint Geryak that sent the game to overtime.

Max Garrison’s third TD of the game gave St. Francis the lead and the capper was a near goal-line stand by the SFHS defense to save the night and allowed St. Francis to claim a 32-25 victory.

Jack Jacobs had a nine-yard TD run in the win.

Although he is gone several decades too soon, Jim Bonds will continue to inspire his friends, family, coaches and players to be the best version of themselves, and to do so in every phase of their life.

Up next: St. Francis will host Granite Hills from El Cajon next Friday.