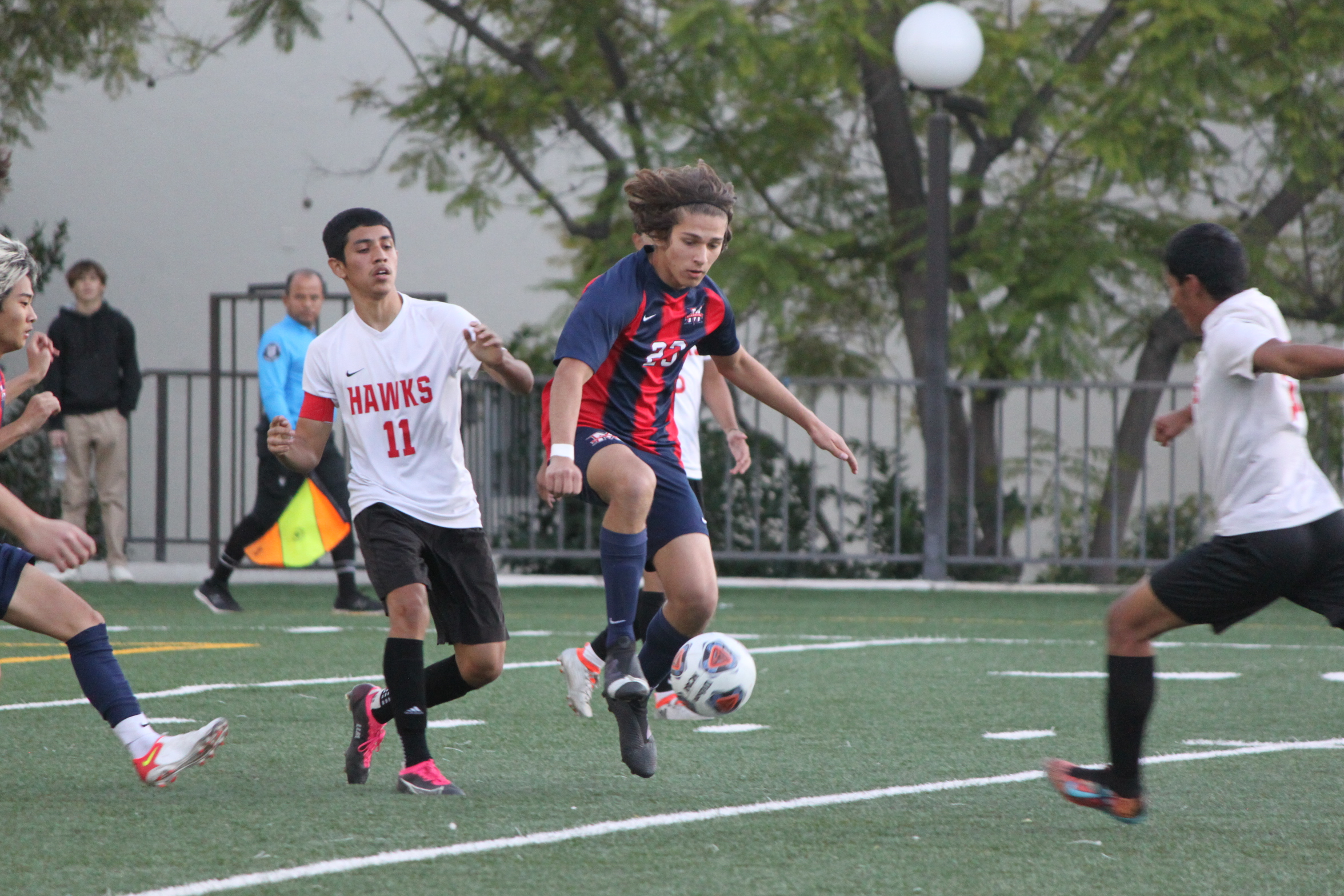 Maranatha jumped on the North Valley Military Institute for four goals in the first half and the Minutemen cruised to a 5-0 nonleague victory.

Whit Wilder scored once for MHS.

Wilder and Peterson each had an assist and Jay Lee set up one of Peterson’s goals.

Isaiah Crowell blocked all six shots that came his way on Tuesday.

Up next: MHS will travel to Arcadia on Thursday for a nonleague contest.

The Minutemen will resume Olympic League play next Tuesday, as they welcome Village Christian at 5:30.