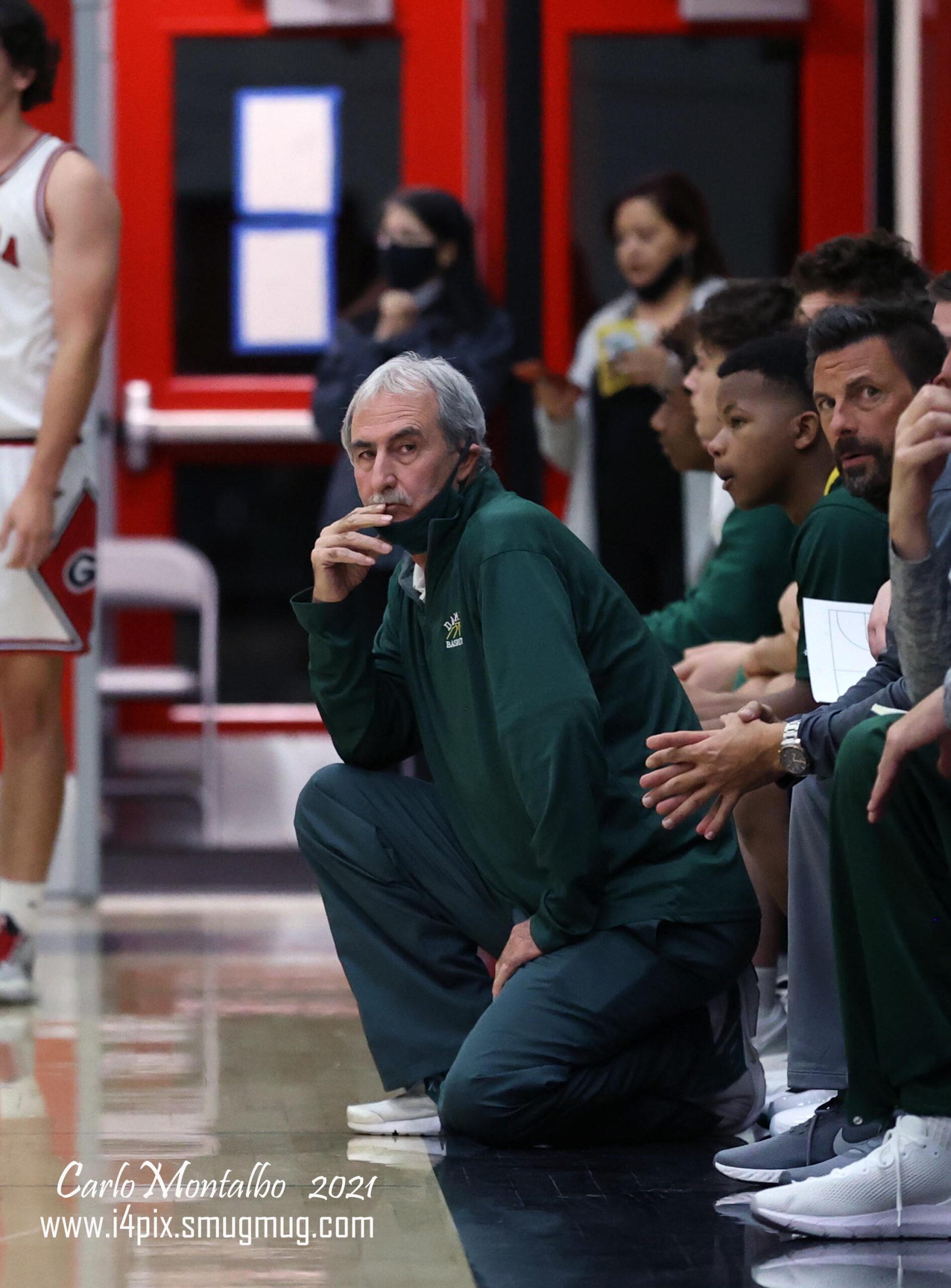 What a special night Wednesday was for Mike LeDuc.

LeDuc, one of most successful high school basketball coaches in history, picked up career win No. 1,000.

Perhaps reaching this incredible milestone at home in the Spartans’ gym would have made the night perfect for LeDuc, but being at Glendora High, where he led the Tartans’ program to so much success in between his two stints at Damien seemed fitting.

DHS took control in the second quarter and cruised to an 82-47 victory.

The Spartans led by five points after the first quarter, but a 26-8 run in the second period allowed the boys from La Verne to pull away from the Tartans. 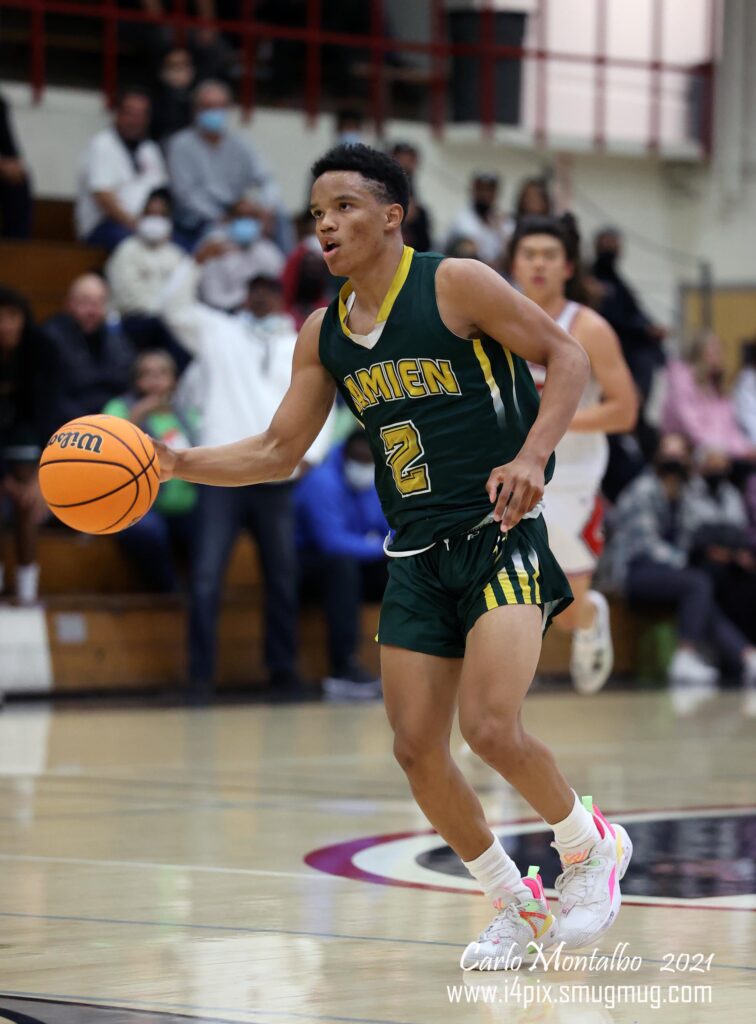 RJ Smith scored 15 points in the win, and Kaleb Smith added 14 for the Spartans.

The Tartans’ star senior scored 12 of his team-high 19 points in the second half.

On a personal note, Coach LeDuc came to Glendora during this writer’s sophomore year at GHS.

During that stretch, and despite being a baseball player, most of my best friends were on the basketball team.

At that time, and with far less maturity, those of us outside of the basketball program weren’t always Mike LeDuc’s biggest fans.

But there was never a time that we didn’t respect Coach LeDuc for the incredible success he orchestrated at our school, and it felt like it happened almost instantaneous to his arrival.

Fast forward three decades, and Mike LeDuc is not only someone that I admire, he’s also a man that I like and appreciate greatly for his support of this site.

To show the respect that GHS still has for LeDuc, and despite the fact that he’s back with the school’s greatest rival (Damien), he received a deserved congratulations from the Spartans and Tartans faithful after the final buzzer.

Among those in attendance were LeDuc’s two best players at GHS, Casey Jacobsen and Tracy Murray.

Jacobsen (Stanford) and Murray (UCLA) both had professional basketball careers, and they sit in the No. 2 and No. 5 spots for career scoring leaders in the state of California.

It had to be an incredibly humbling night for LeDuc, witnessing two longtime and proud schools standing together in appreciation for all he’s done for their programs and for the sport he loves. 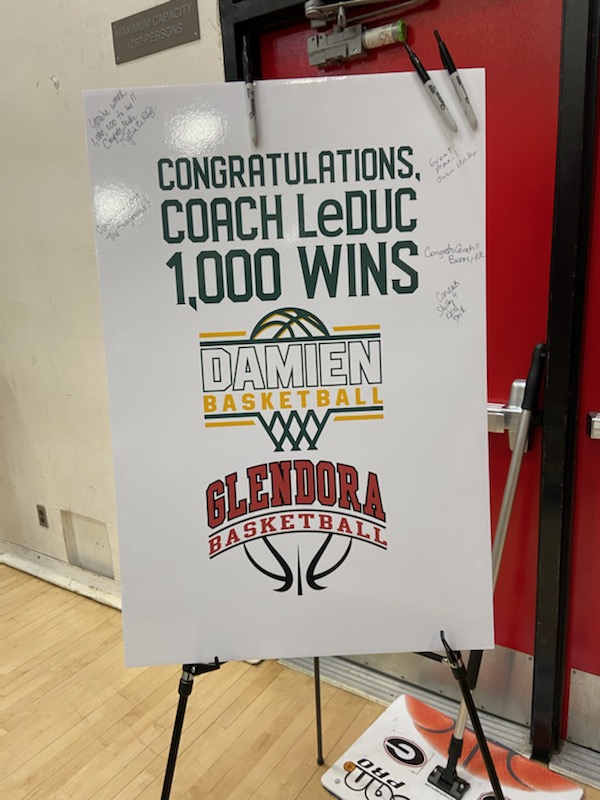 To put his success in its proper perspective, consider this: to reach the 1,000-win plateau, a high school basketball coach would need 25 victories a season for 40 years.

From GHS and DHS fans alike, we salute you, Coach LeDuc.

Up next: The Spartans open the Damien Classic on Monday against Sacramento (4-2).

GHS will also compete in the Damien Classic.

The Tartans are set to face off with Hesperia (6-5) on Monday.