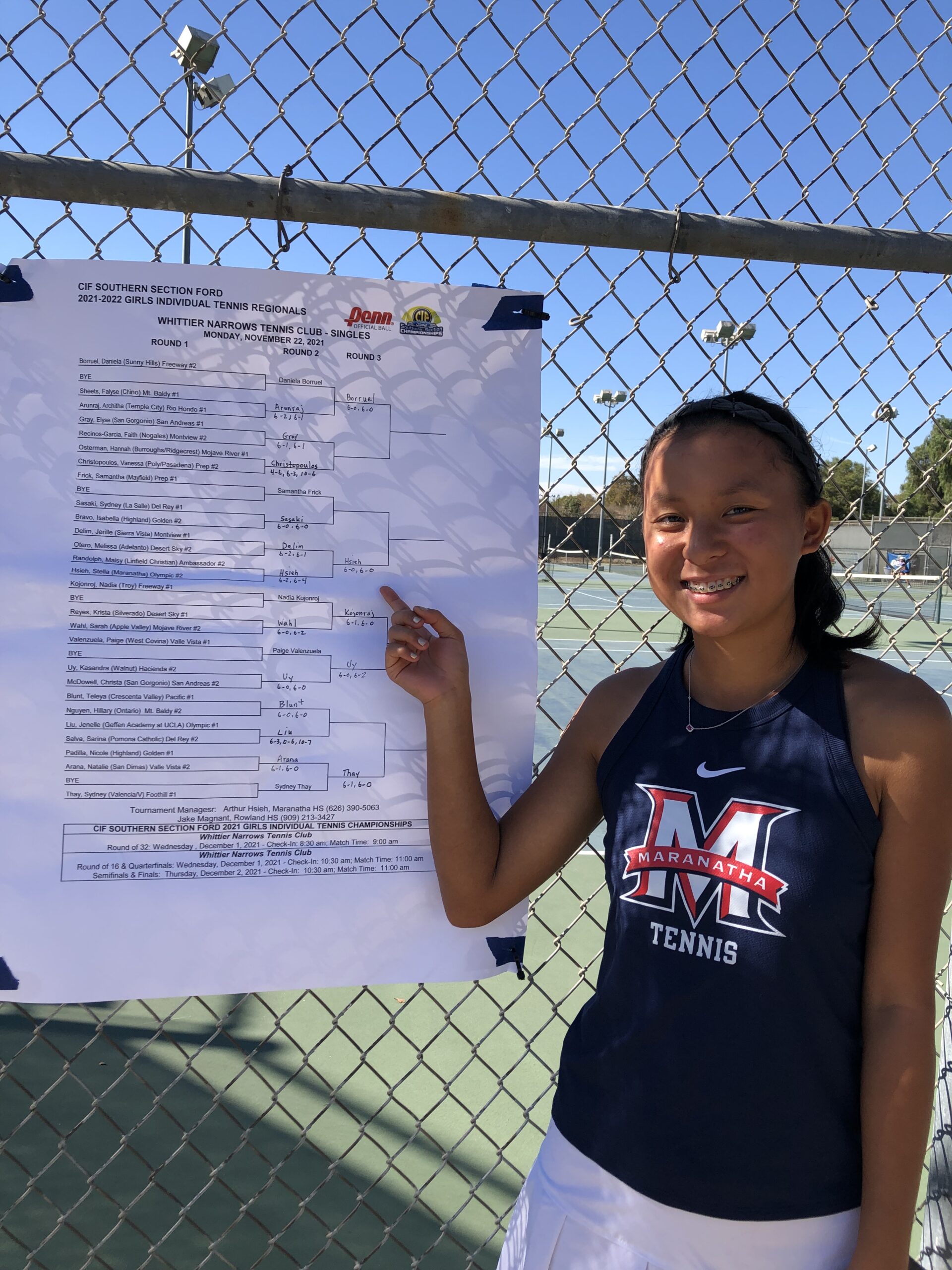 In the quarterfinal round, Hsieh cruised to a 6-0, 6-0 triumph of Sierra Vista’s Jerille Delim.

Hsieh played solid tennis all day and came within one victory of qualifying for the two-day Individuals finals tournament next week.

In a Pasadena affair, she was overpowered in the quarterfinals by the sectional’s No. 3 seed, Mayfield’s Samantha Frick (6-1, 6-0), who defeated La Salle’s top player, Sydney Sasaki, in the previous round.Hsieh joins Elizabeth Carpenter (’02), Natalie McNall (’05), and Madison Kane (’18) as the only Lady Minutemen to reach the sectional quarterfinals in the 21st century; Kane is the only one to qualify for the Finals Tournament.Five CIF-SS sectional tournaments were held today, all across Southern California, with the semifinalists from each section moving on to the finals tournament next week.