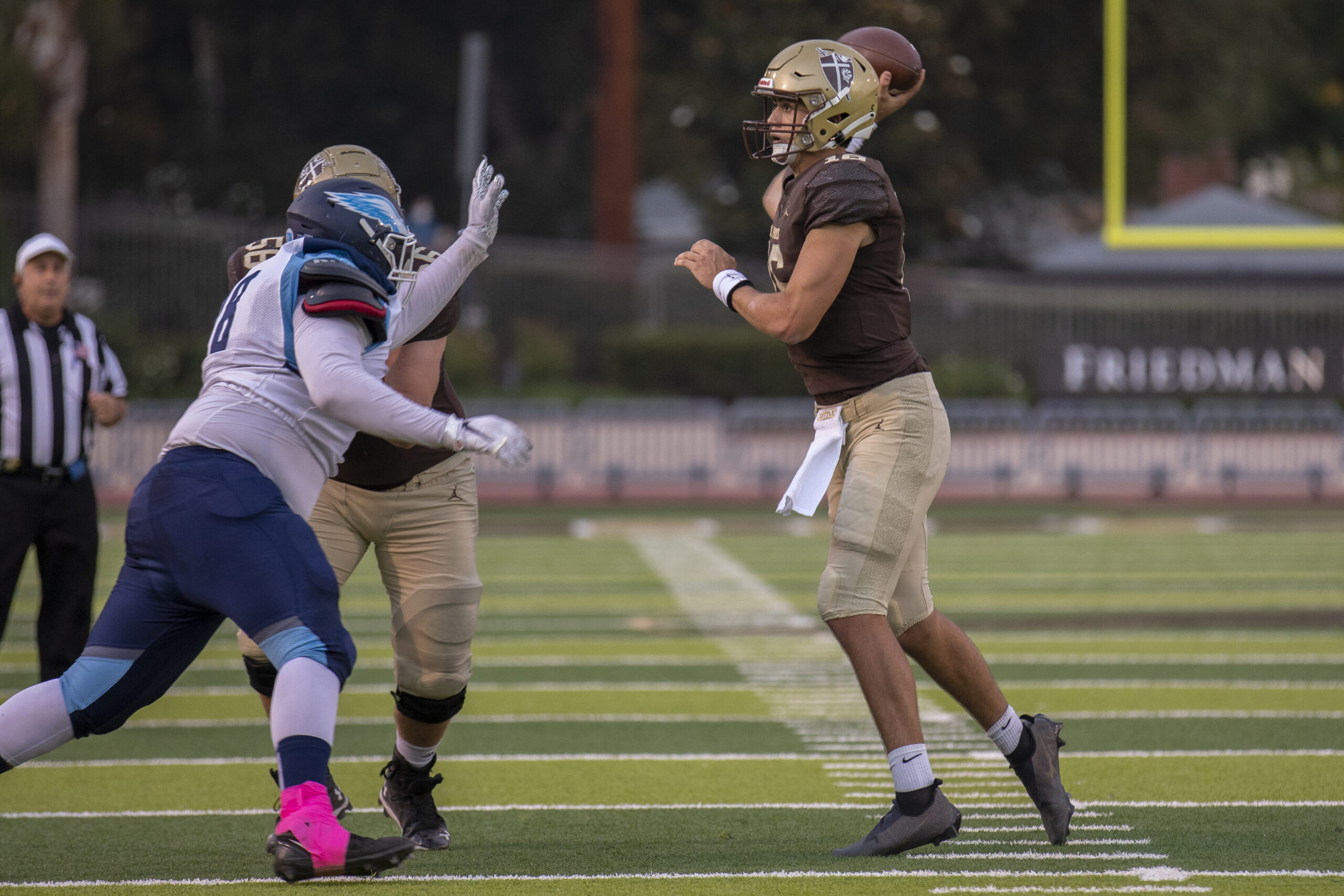 Thanks to Ryan Tomey for the game info and photos

It wouldn’t be a St. Francis football game without some drama.

Granite Hills of El Cajon pulled to within 27-25 in the fourth quarter when Danny Herrera caught a 23-yard TD pass from Domenico Tomasello.

But Jack Jacobs would hit Myles Shannon on an 11-yard scoring strike and the Golden Knights defeated the Eagles, 34-25, and improved to 4-1 this season.

Jacobs opened the scoring on Friday night with an 11-yard TD pass to Alejando Ramirez in the first quarter.

Jacobs 1-yard TD run was the first of three fourth-quarter TD’s for the Golden Knights.

Max Garrison had TD runs of 9 and 13 yards to give the star senior 15 through the first six games.

Up next: The Golden Knights will open Angelus League play next Thursday at St. Paul.

The Swordsmen (6-0) had the week off and have outscored their opponents by a combined margin of 224-64.