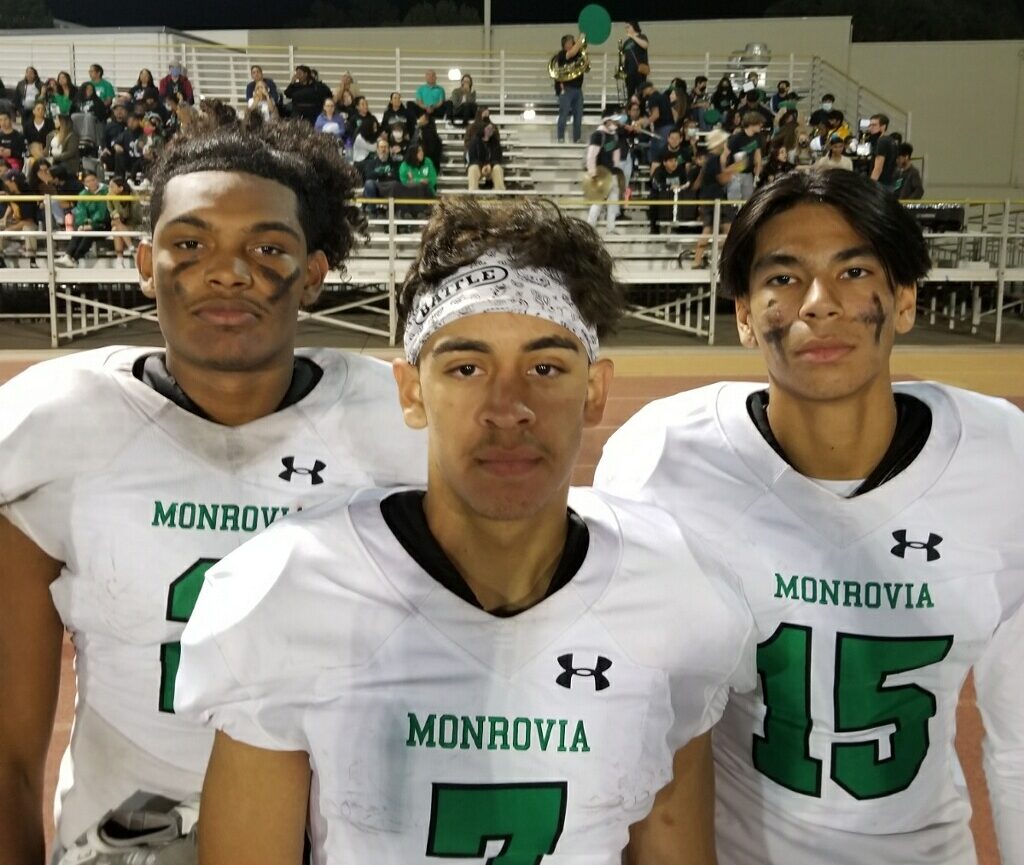 Thanks to Liam Kelley for the game info and stats

Monrovia quarterback Noah Rodriguez seems to get more efficient and lethal each week.

Rodriguez completed 14 of his 21 pass attempts for 370 yards and five more TD’s.

The Wildcats opened Rio Hondo League play with a 60-15 trouncing of their host from La Canada.

Hernandez and Rodriguez hooked up six times for 140 yards and two scores, the longest of which was a 65-yard catch-and-run that showed just how dangerous Hernandez can get in the open field.

That gives Rodriguez an SGV-best 22 TD passes and Hernandez an SGV-leading 14 receiving TD’s through the first six games.

Rodriguez would connect with Josh Barron on a pair of scoring strikes and Brian Salazar reeled in a 22-yard TD.

La Canada got as close as 21-8 thanks to a Macky Plocher TD pass to Ian Phillips.

But Monrovia played well on both sides of the ball and ran away, outscoring the Spartans, 39-7, the rest of the way.

Up next: Monrovia will cruise to victory next Friday when they host Pasadena Poly.

And La Canada travels to South Pasadena in search of their first RHL win.

Monrovia Quarterback, Noah Rodriguez: “Execution was great all night long from our offense to our defense to our special teams! We all had a great week of preparation and I’m sure it was said today with the score! 1-0 right now but mentally we have is 0-0 every week.”

Thanks to Randy Bell for the photo