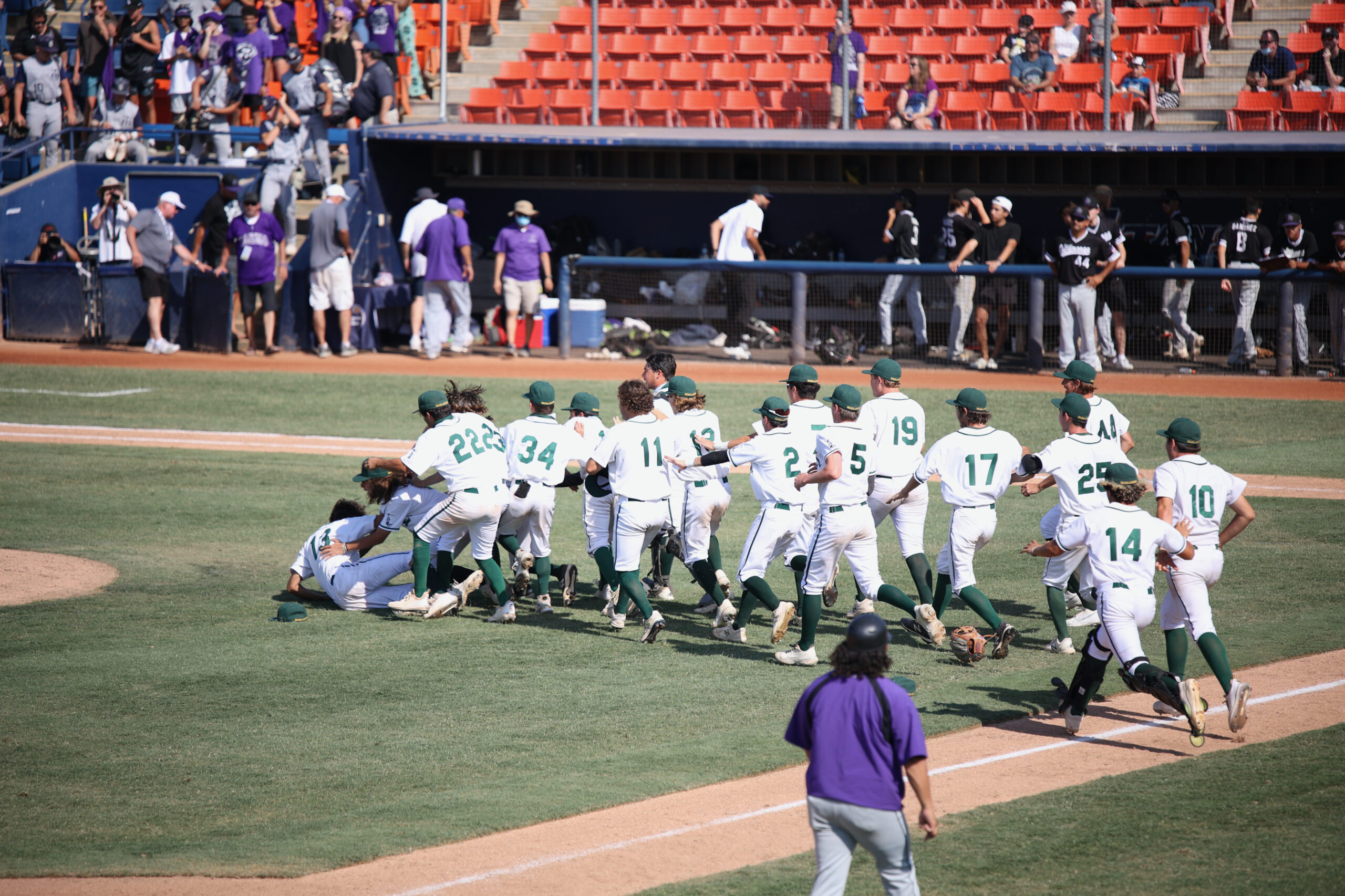 It’s not so much the fact that Royal defeated Rancho Cucamonga, 3-2, in the CIF-SS Division 4 championship game that will bother the Cougars the most.

It’s  more likely the way they lost that had to sting this proud and accomplished program.

The Cougars had 14 base runners and scored twice.

In the first inning alone, Royal starter Riley Feigenbaum picked off a pair of Cougars, and the Highlanders nearly picked off two more in Saturday’s game. 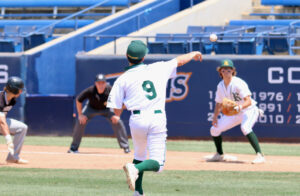 Trailing 3-1 with the bases loaded and one out in the fourth, Feigenbaum got two of Rancho Cucamonga’s best hitters out without any further damage.

And then, with the potential tying run on first base and nobody out in the top of the seventh, the Cougars, attempting to bunt the runner over to second, popped it up to the pitcher.

Considering all that went wrong, it says a lot about the grit and toughness of this RCHS program, and knowing the Cougars were just one timely hit away from a different and better outcome.

Feigenbaum got the win after going the first four innings, and allowing one run on four hits. 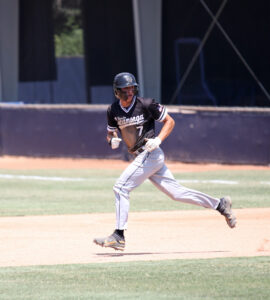 He walked five and struck out three RCHS batters.

Bradyn France singled and scored in the fourth on a clutch, pinch-hit single by Jonathan Manuel.

And Jake Brown would hit a solo blast over the left center-field wall in the sixth to get RCHS to within 3-2. 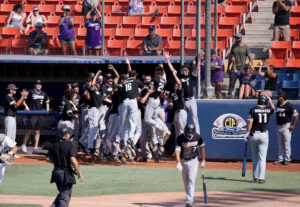 Jacob Billings pitched better than his run-line might indicate.

Billings was charged with three runs on four hits over his five innings of work.

He walked four and struck out six Royal batters. 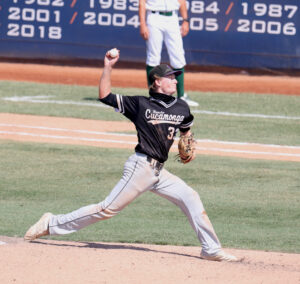 But arguably the play of the game was a bottom of the third showdown between Billings and Royal catcher, Owen Muench.

With runners on first and second base and one out, Billings delivered a 3-and-2 curve ball that through the first two and a half innings had been called a strike.

Muench didn’t make an offer at the pitch and he didn’t start jogging towards first base until he heard the disappointment from the Cougars and their fans.

One batter later, Luke Piazza would double and drive in all three runners for what turned out to be the game winner. 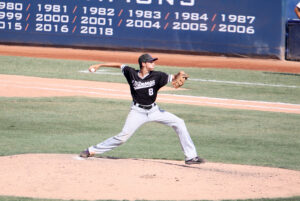 Piazza finished 2-for-3, with three RBIs.

Nick Sanchez would go the sixth inning for RCHS and the lanky right-hander got out of a second and third scenario with one out by striking out the side.

Up next: Rancho Cucamonga will get its pairing for the state playoffs today (Sunday).

The first round begins on Tuesday.