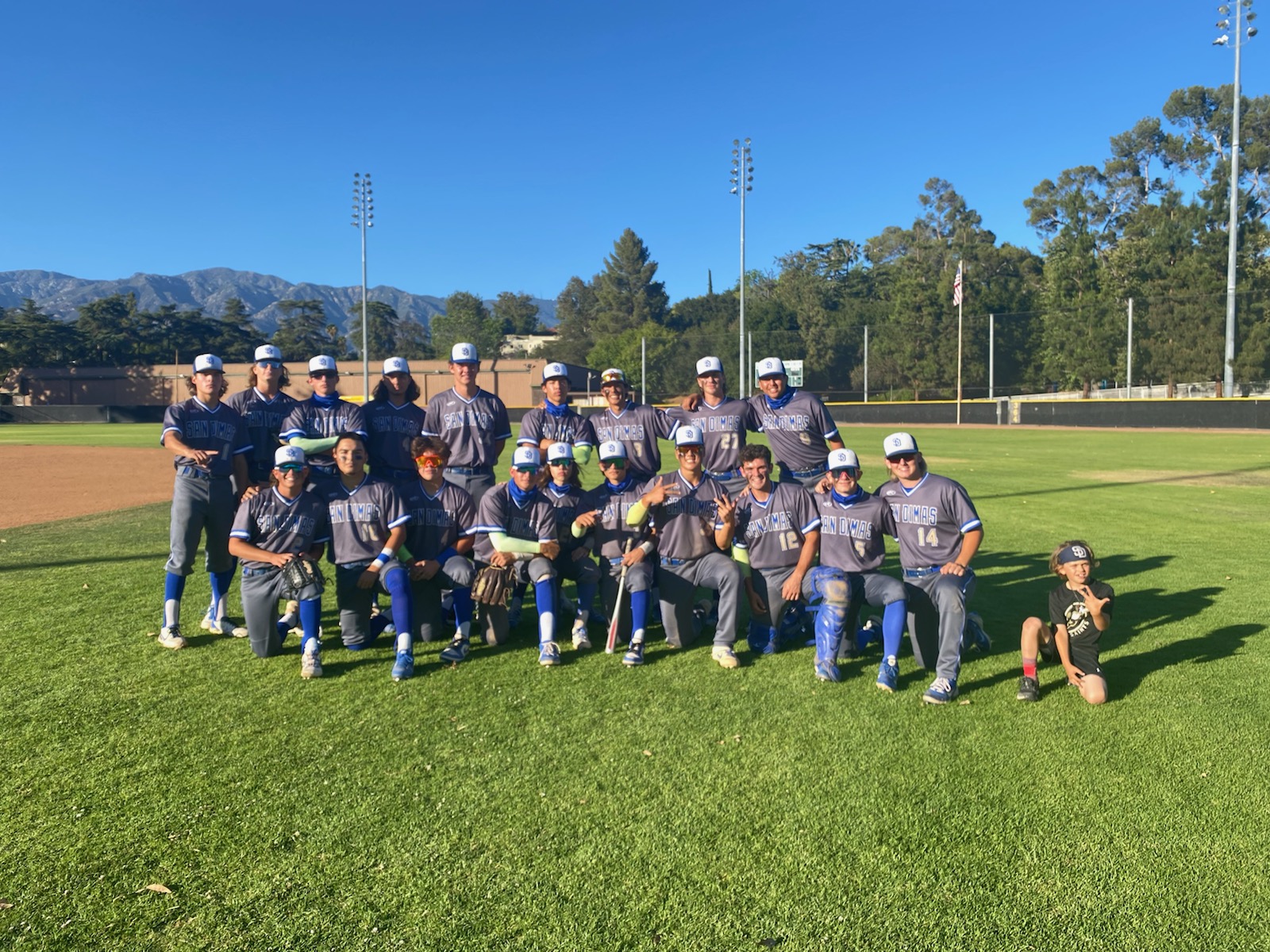 San Dimas could not have been more elated after coming back from a 5-1 deficit in the second round of the CIF-SS Division 2 playoffs.

The Saints scored once in the top of the fourth, twice in the fifth and got three runs in the sixth inning to defeat Maranatha, 6-5, at Brookside Park in Pasadena.

In contrast, the loss couldn’t have been more of a punch in the gut to Maranatha.

Trailing 6-5 in the bottom of the sixth inning, and with no outs, Daniel Ruiz walked, stole second and got to third on a wild pitch.

With the infield in, a Maranatha batter hit a ground ball to shortstop Robert Castillo.

Castillo dropped the ball, picked it up and made a throw to the plate.

Depending on whose side you were on, it was either a great call or the worst ever.

Maranatha felt the throw was late and the tag was high, which brought tenth-year coach Matt Shupper out to argue the call, and for the first time in over 200 games, the Maranatha skipper was ejected.

In the bottom of the seventh, and still trailing by one run, MHS led off with a walk and Matt Romero came on to replace Alex Ramos on the mound.

Romero struck out the first batter he faced and then walked the next hitter.

With runners on first and second base and one out, Romero fell behind in the count, 3-and-1.

But the Saints lefty gathered himself, and got a strikeout.

He would secure the save by coaxing a line out to third, and San Dimas finds itself in the quarterfinal round.

He walked one and struck out four.

Alex Ramos got the win, going 2 1/3 scoreless innings, allowing one hit, walking one and striking out three.

Daniel Ruiz went 2-for-4, but in the bottom of the first inning, he looked to have tripled, but San Dimas challenged that he missed first base and the umpire agreed and called Ruiz out.

Kade Bowden walked, singled twice and drove in a pair of runs.

Ruiz got the start for the Minutemen and surrendered three runs on six hits over his 4 2/3 innings of work.

He walked five and didn’t strike anyone out.

San Dimas got two runs off Jack Stipa and the game winner was charged to Garrett McGuigan.

Paul Vasquez walked and had an RBI.

Rocco Regan doubled, scored and had an RBI.

Up next: San Dimas will host Thousand Oaks on Friday at 3:15.

Maranatha coach, Matt Shupper: “I’m so proud of this team and how they handled themselves all season long. Each and every player on this team contributed this season in numerous ways. I will miss our seniors who gave everything to this family and to our coaches I am blessed to call them my brothers. The Maranatha family is strong and we will come back even stronger.”

San Dimas coach, Mark Chiapelli: “It was a great team win – we battled in a tough environment. It showed a lot of heart by a young team. We had some guys step up huge today and in the playoffs against tough teams it’s not gonna be that one guy it’s going to have other guys step up every game, our guys raised to a challenge and battled back in a huge way today.”