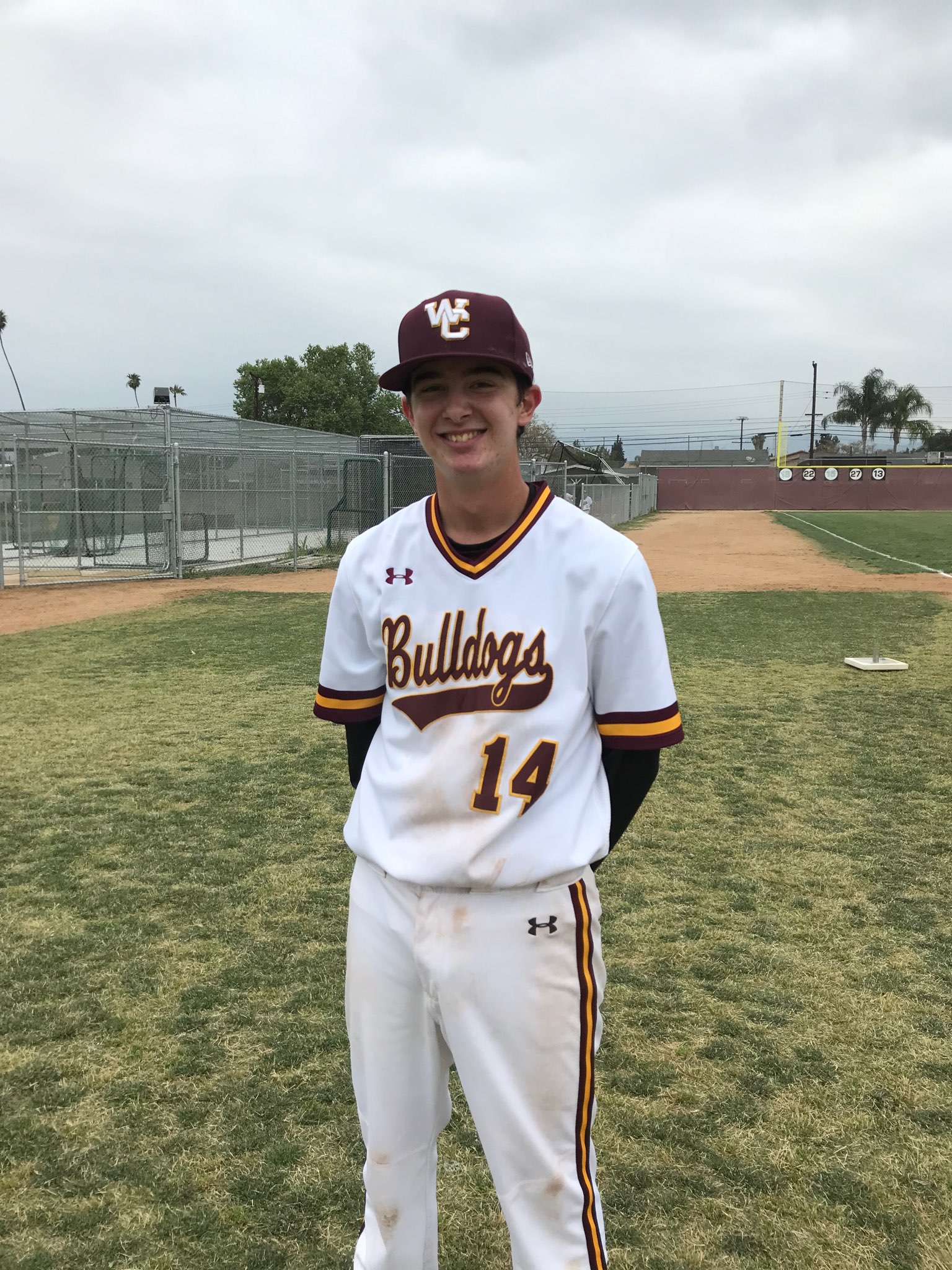 The reason baseball is such a great game is because on any given day, the little guy can beat a perennial power.

And such was the case for West Covina and its starting pitcher, Evan Buhac.

South Hills got a single from Kai Panuelas and a triple off the bat of Anthony Rasmussen.

Buhac walked four, struck out seven and got the job done on 113 pitches.

To be fair, Matt Lorenzano pitched his butt off too.

Lorenzano walked just one and struck out six, but the Huskies’ junior was stuck with the loss.

Buhac helped his own cause with an RBI single and Thomas Gutierrez singled in the other run.

Jesse Chavez doubled for the Bulldogs.

WCHS started the season 0-5, but the Bulldogs have bounced back and won five of their last eight games.

Up next: South Hills welcomes Walnut to its field on Tuesday and West Covina will host Diamond Ranch on Wednesday.

West Covina coach, Ryan Belanto: “I thought we had good energy and came out focused from the start. Buhac threw all three of his pitches for strikes and was able to establish the inside part of the plate early. I loved the way he competed today. Great team win.”

South Hills coach, Darren Murphy: “Baseball is a funny game, but I don’t want to dwell on our issues today. The more important story is them playing well and deserving to win.”

West Covina pitcher, Evan Buhac: “I felt like my slider was working really well and the team energy in the dugout and on the field kept me locked in. The intensity from the whole team helped pump me up every time I took the mound. It felt incredible to beat South Hills, especially since we’re usually considered the underdog in our rivalry. ”