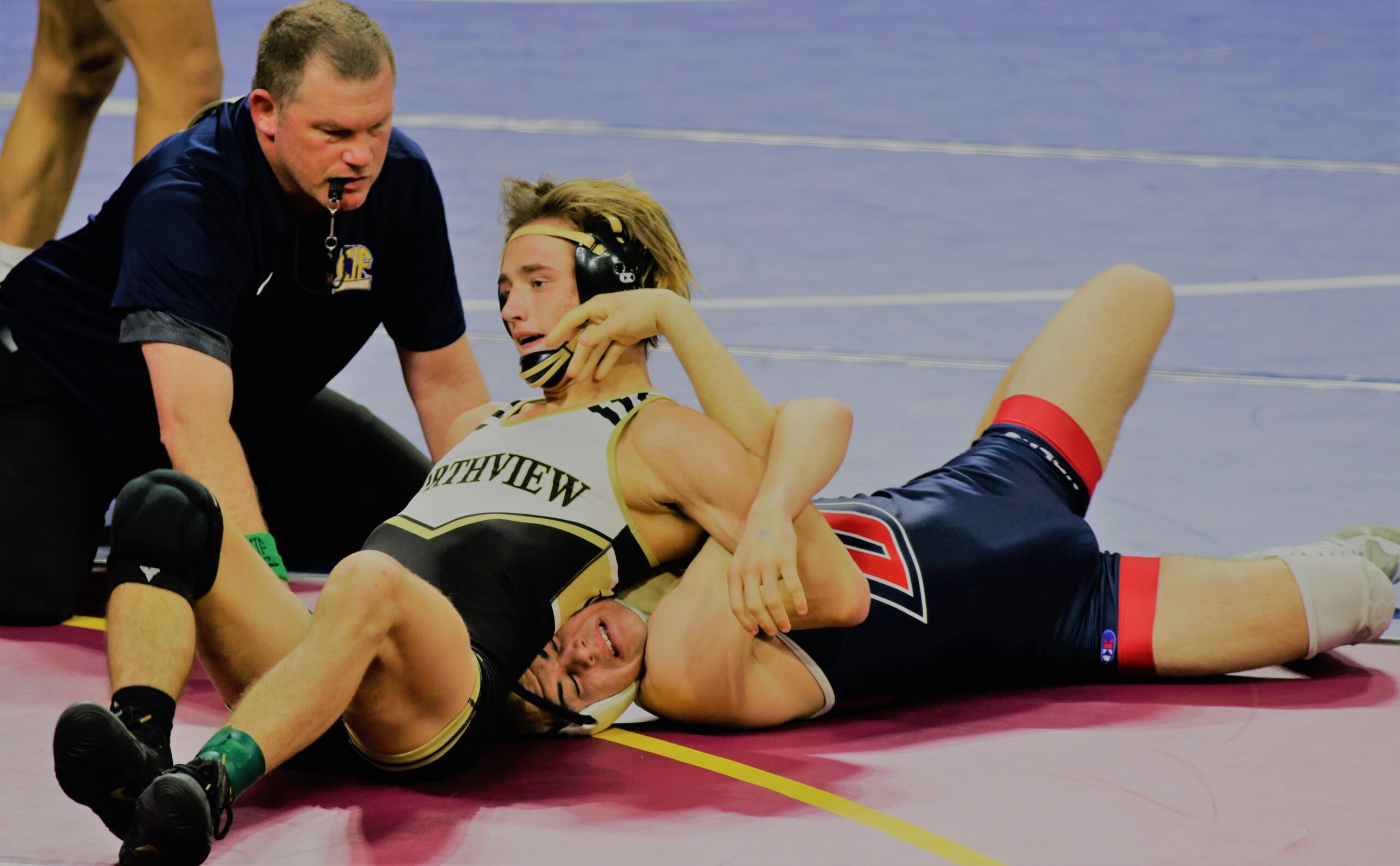 But the Northview senior is one tough dude.

He’s been dealing with a torn meniscus in his right knee, as he put it, ‘for quite a while,’ but it took a turn for the worse just as his senior wrestling season was getting underway in December.

In fact, it would lock up on him from time to time and in many cases, he kept the extent of the pain he was dealing with from his parents and coaches, because being a wrestler is in his blood.

The fear of missing his senior year weighed heavily on Hayes and there was a two-week period in December that he needed crutches just to get around. 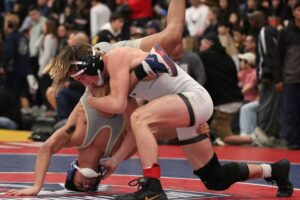 It’s been a dream of Collin’s to place at state, which he competed at both his sophomore and junior years.

But to do that, Hayes would have to rehab, rest, train, ice his knee and hope for the best.

It also meant he’d need to compete at the Valle Vista League finals to qualify for CIF-SS Individuals and so on.

Hayes would go on to win the 132-pound title at the Valle Vista League finals.

The last step–to earn his spot at state—he needed a top-nine showing at the CIF-SS Masters Meet at Sonora High School.

In an embodiment of perseverance, Hayes earned a seventh-place showing at the three-day state meet thanks to a 7-2 mark in Bakersfield.

His only two setbacks were a 2-1 loss to Sloan Swan in the second round and he dropped a 3-1 decision to Devin Murphy of Selma in his sixth match. 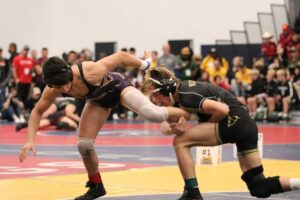 In a Monday night phone interview, Hayes described vividly what he was thinking as he was part of the parade of champions and getting his medal in front of the thousands on hand at the Rabobank Arena.

“At the moment, all I was thinking is that everything I had gone through over the last several months was worth it,” Hayes said. “It was an incredible moment and something I’ll never forget.”

Hayes spent his first two years in high school at Walnut before transferring over to Northview, the SGV’s premier wrestling program, and he wanted to make clear it was nothing that he didn’t like or lacked at Walnut.

It was just a matter of wanting to be part of a highly successful program led by Bobby Bellamy and Dave Ochoa, as well as hoping to get noticed by college coaches and the ability to compete at some of the nation’s top tournaments.

This sport, as mentioned before, is in his blood.

His dad, Bill Hayes, was a wrestler, and someone Collin says could be tough on him.

But Hayes knew his dad wanted the best for his son and never doubted his father’s motives.

In fact, looking back, Hayes said how much it’s meant to him that his father was there with him at 5:30 a.m. when they first get to tournaments until the last match has concluded and it’s time to go home. 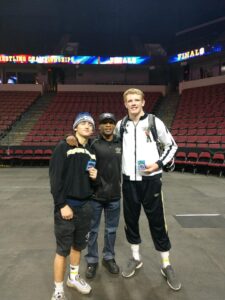 Bill Hayes has been there for his son in the best and worst of times, including helping Collin cut weight when needed by working out with him.

His coaches, teammates and those around the Northview program mean everything to him and they’ve treated Hayes ‘like family,’ over the past two years.

His biggest fan is his mom, Lauren, who he says will let him bend her ear when he’s frustrated with dieting or dealing with the pain or rehabbing an injury.

Hayes also said he knew where his mom was during every match and how much she’s always been there for him.

So, after all he’s been through, what’s happening Thursday will be yet another opponent that Hayes will knock on its butt.

He’s going to have his knee scoped and depending on what the doctors find, they will take the appropriate measures to repair Hayes’ right knee.

And whether it’s the best or worst-case scenario, Hayes will deal with it like a wrestler and move forward.

Hayes wanted all those who played a part in his career to know how much he appreciates everything they did and he plans to continue his career at the collegiate level.

And when his wrestling days are done, don’t be surprised to see Hayes on the mat coaching and giving back to a sport and the program he loves.

Northview wrestling coach Bobby Bellamy: “Collin’s mental toughness was the main reason his season ended with a state medal. He continued to persevere regardless of the challenges he faced throughout the season . I’m lucky to have been a part of his journey. It was an exciting and memorable ride.”