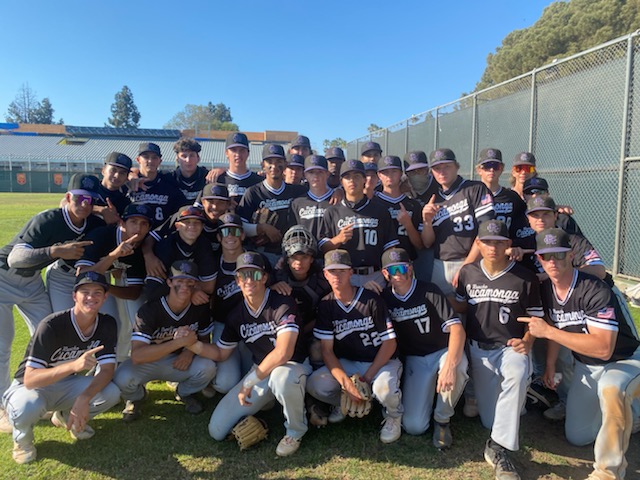 It seems that every time the Rancho Cucamonga baseball team gets knocked on its butt, they get up and take a step forward.

RCHS entered the playoffs after a disappointing three-game sweep at the hands of the Baseline League champions from Damien.

The Cougars finished fourth and had to travel to Orange County in the first round of the CIF-SS Division 4 playoffs.

But Jacob Billings got the ball and stood tall all game.

He walked two and struck out 12 Vanguards’ batters.

Jayden Lopez went 2-for-4, with an RBI and run scored.

Michael Woodward singled, scored and had an RBI.

Wilson Dunn singled and scored a pair of runs.

Noel Cesena and Jacob McCombs scored one run apiece in the win.

Up next: RCHS will host La Sierra on Tuesday.

The Eagles (24-5) defeated visiting Culver City, 6-3, in their first-round game on Friday.