Baseball: By Brian Reed-Baiotto, Sports Editor Rio Hondo Prep three-sport athlete Alex Vazquez didn’t see his name in the headlines very often. Evan Foor, Jack Van Cleve, Jake Lang, Jonathan Guerrero and others got the lion’s share of the credit for the success of the Kares’ athletic programs by those of us in the media. […] 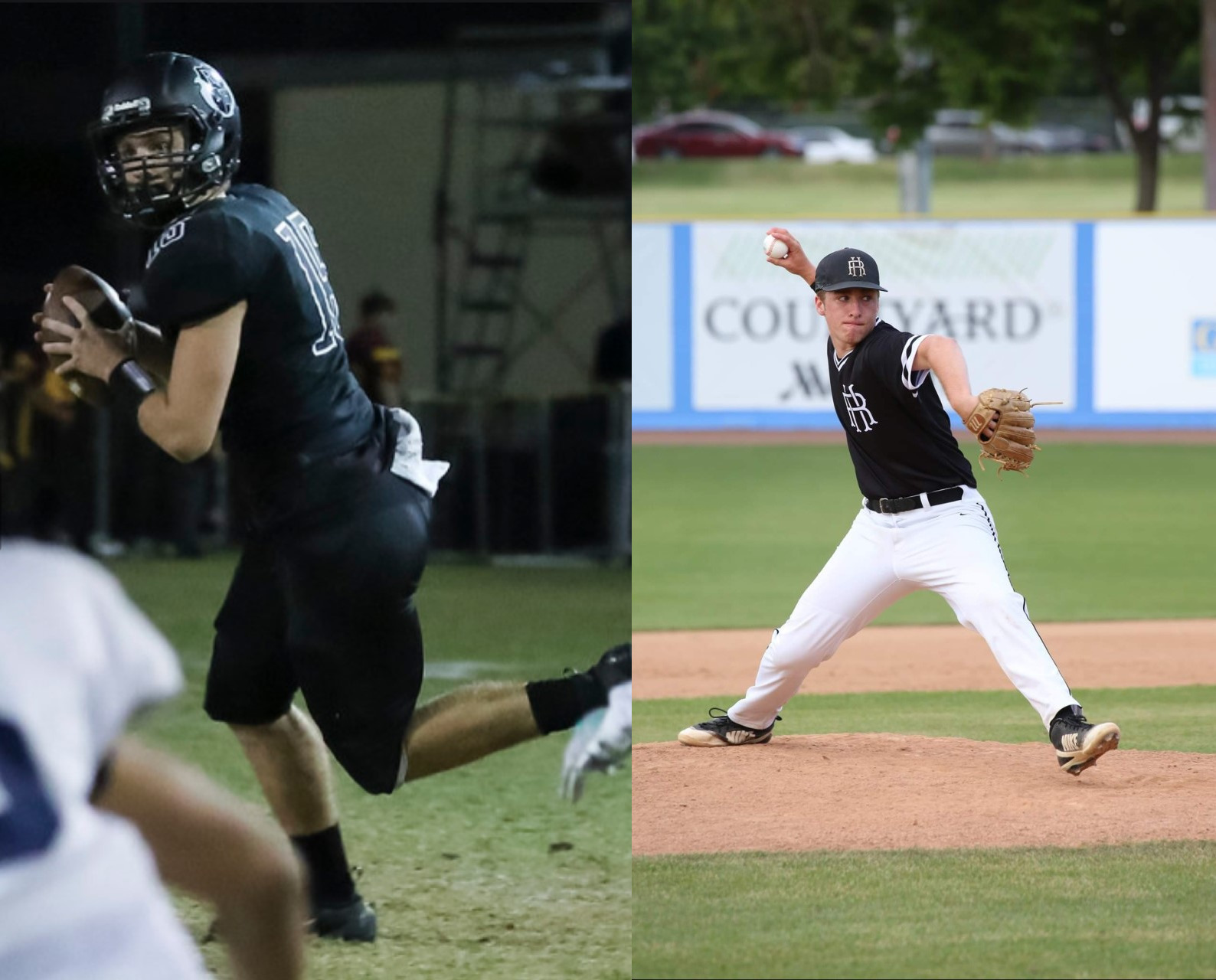 Football/Baseball: By Brian Reed-Baiotto, Sports Editor Jack Van Cleve is a winner. The last time he got to play a full baseball season (2019), the Rio Hondo Prep right-hander got the save in the CIF-SS Division 6 title-game victory over Costa Mesa, 9-7. Van Cleve went two scoreless innings at UC Riverside to close out […] 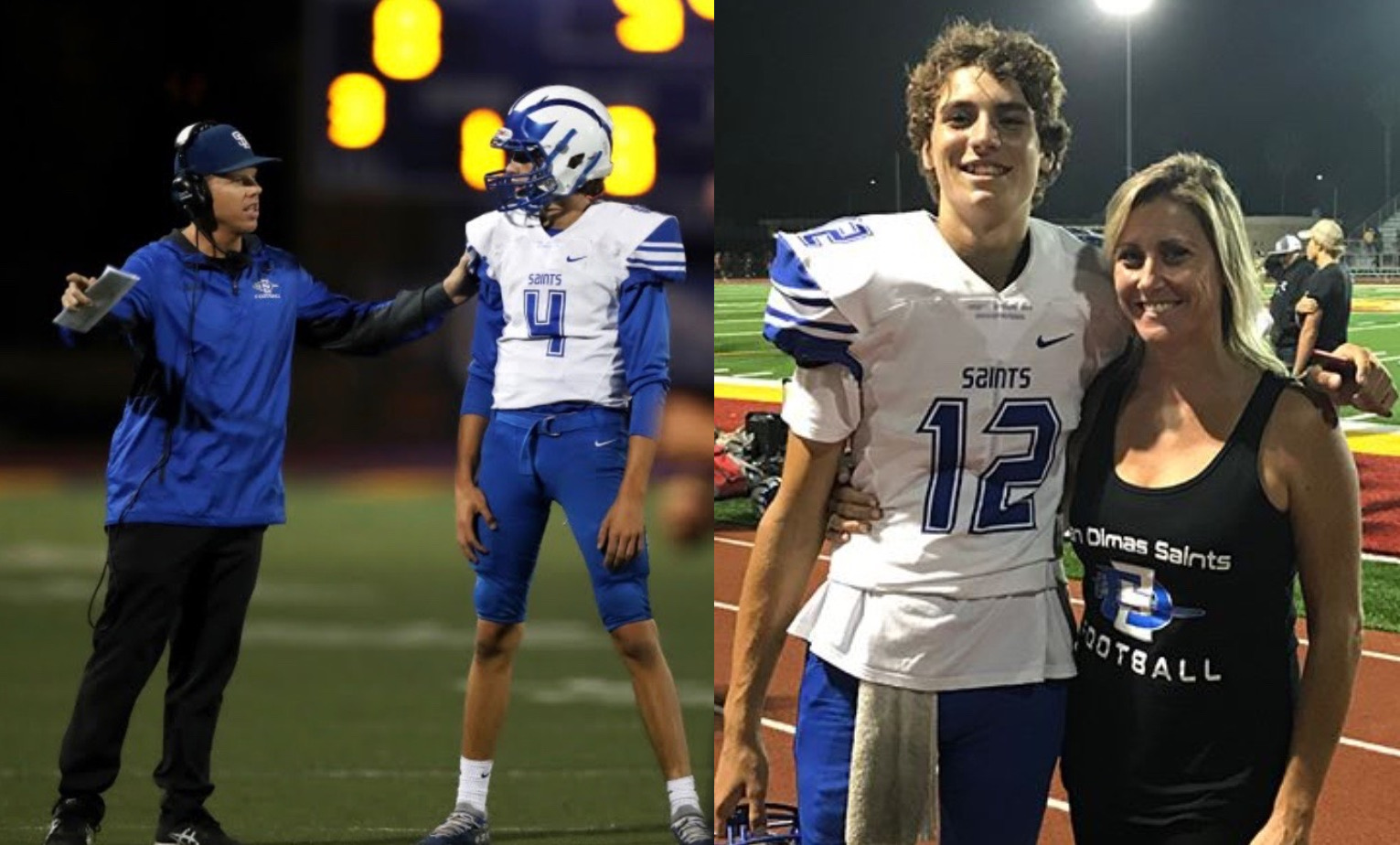 Football/Baseball: Pictured L-R: Bulick w/football coach, Mark Holman, & Ryan with his mom, Shannon Bulick. By Brian Reed-Baiotto, Sports Editor Don’t let his lean frame and boyish face fool you, because incoming senior and San Dimas quarterback Ryan Bulick has the arm and athleticism to take over a game. He plays for a Saints offense […] 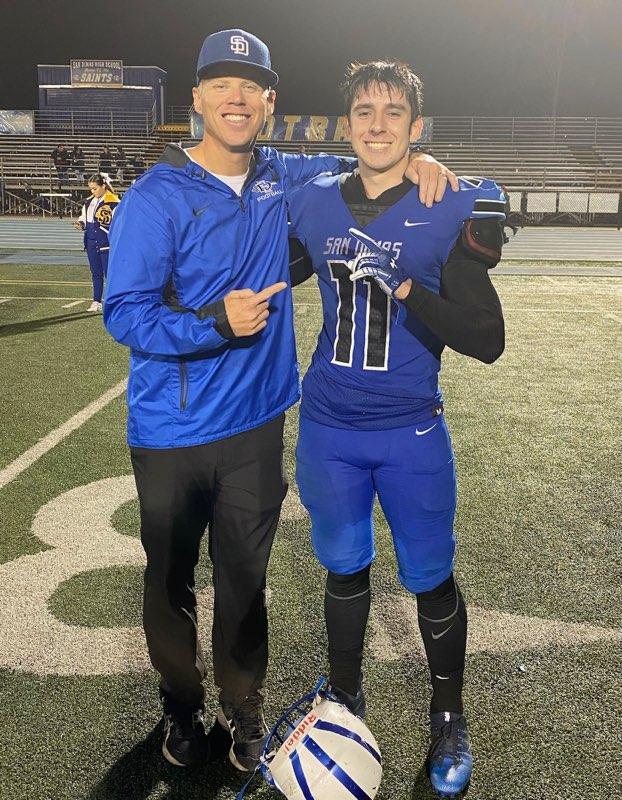 Football: By Brian Reed-Baiotto, Sports Editor San Dimas senior Nick Cuda was one of the San Gabriel Valley’s most elite and versatile football players in 2019. Cuda was the featured back in the Saints’ high-powered ground game, which averaged 360 yards per game. But he also made his presence felt at cornerback, as well as […]

Football: By Brian Reed-Baiotto, Sports Editor There are a number of athletes in the San Gabriel Valley that fit the definition of ‘elite’ and ‘game changer.’ But no player did more to help a program win games in more ways than did Glendora senior Cade Marshman. The two-way starter (receiver-defensive back) also returned punts and […] 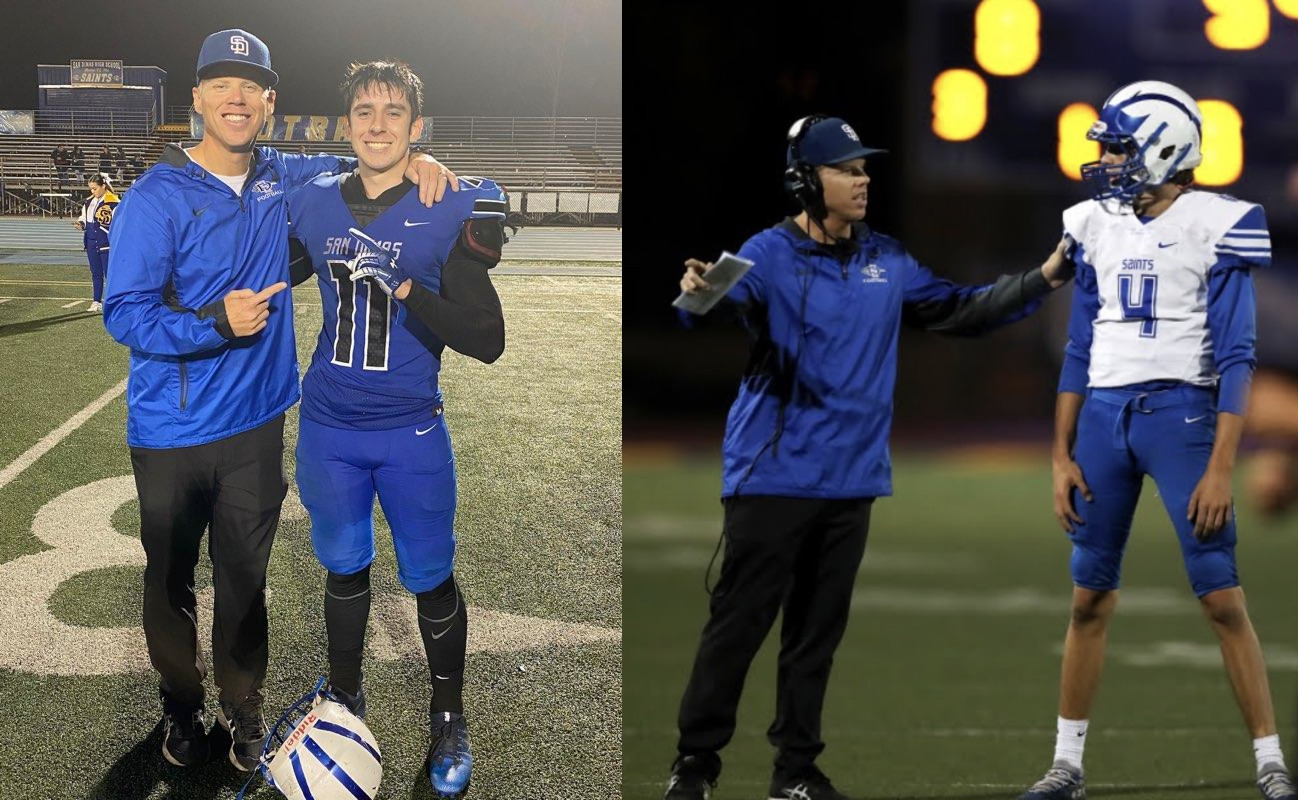 Football: By Brian Reed-Baiotto, Sports Editor It seems that many sports fans go no further than wins and losses when determining a great coach. Perhaps it’s the leader of a team that has the most talent and makes the deepest playoff run. If you’re able to delve a tad deeper, though, the best coach can […]

Pictured L-R: Dustin O’Hara outside of GHS & O’Hara with his parents & friends. By Brian Reed-Baiotto, Sports Editor Dustin O’Hara stepped onto Glendora High School soil one last time on Sunday evening. The GHS Superfan is moving this week with his family some 2,371 miles away to Hickory, North Carolina. Thankfully, O’Hara and his […] 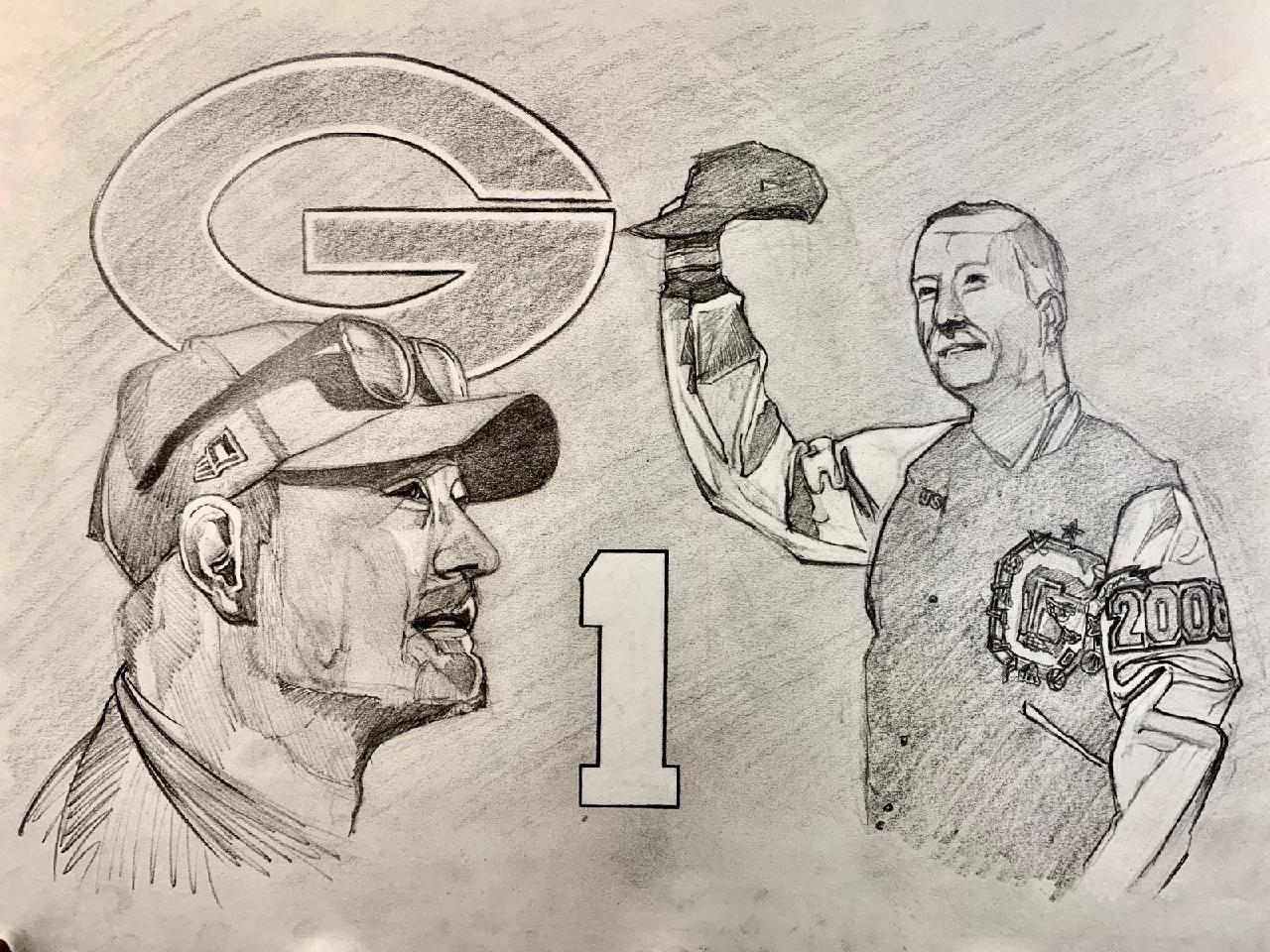 High School Sports: Drawing by: Al Salgado By Brian Reed-Baiotto, Sports Editor With all the ugliness it seems we’re forced to endure on a daily basis, whether that be the local or national news, the toxicity of the current political discourse or a myriad of other sad or depressing stories online, something very special happened […] 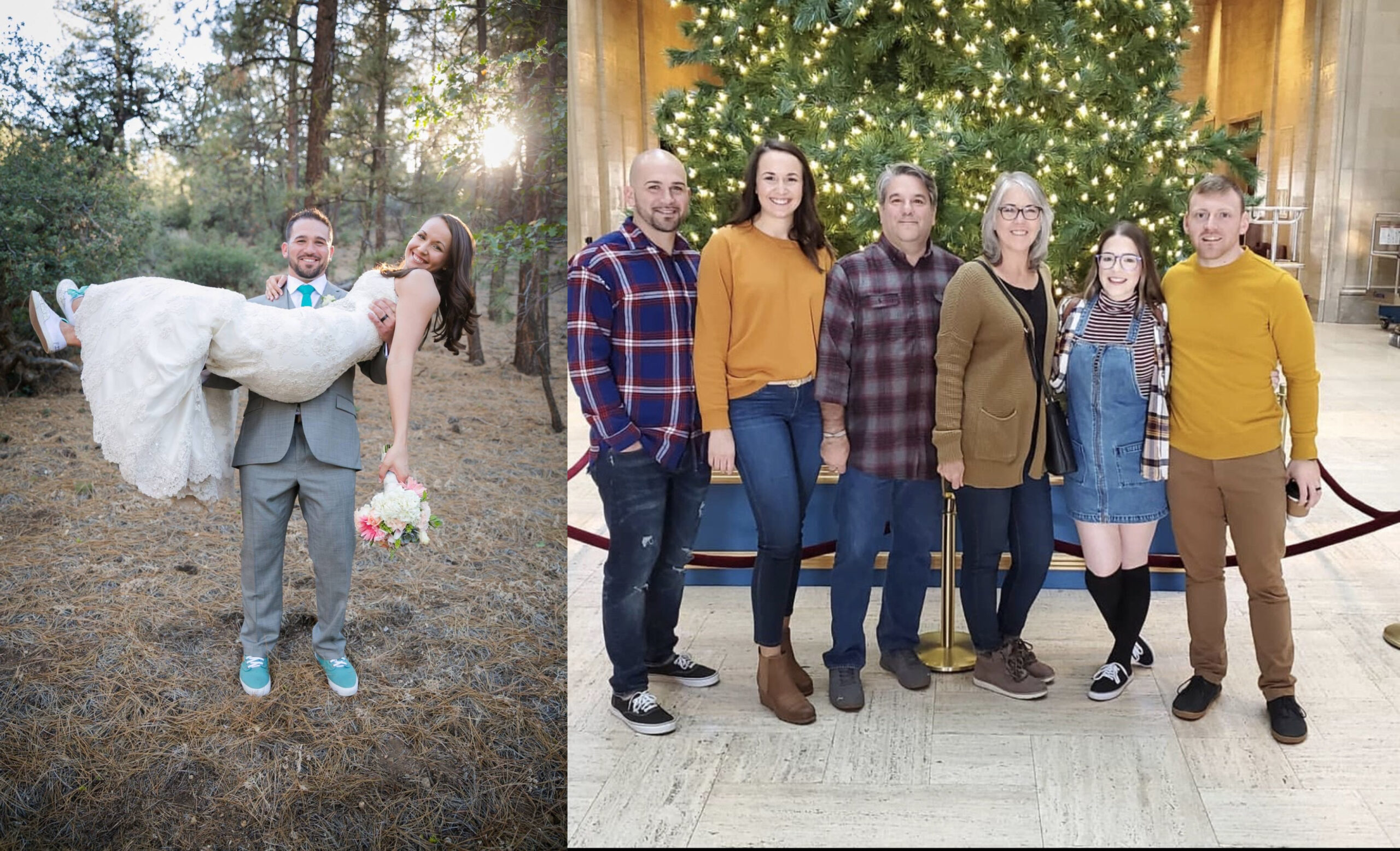 By Brian Reed-Baiotto, Sports Editor I met Nick Field back in 2006 and it was during the darkest moment of his young life. While covering a summer baseball playoff tournament for a local newspaper, a man working the event suggested a story topic that would end up being one of the most rewarding and heartbreaking […] 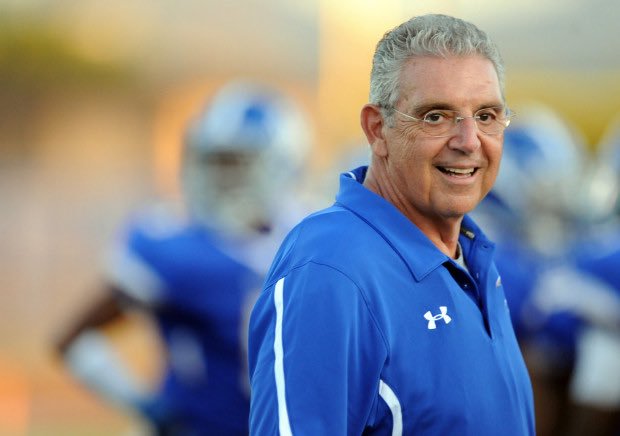 By Brian Reed-Baiotto, Sports Editor Lou Farrar, one of the winningest high school football coaches in the history of California died on Sunday at the age of 73. The Charter Oak legend didn’t lose his battle with cancer as many say after a loved one passes away from this heinous affliction. It’s actually quite the […]

Football: By Brian Reed-Baiotto, Sports Editor It doesn’t seem real. The San Gabriel Valley has lost a giant. And it happened many decades too soon. Jim Bonds, who spent the last 20 years of his life leading the St. Francis football program, passed away Wednesday morning at the age of 51. Bonds was diagnosed with […]

Football: ** Thanks to Ryan Tomey for these photos of the late Jim Bonds & Ted Corcoran & Corcoran talking to St. Francis players. By Brian Reed-Baiotto, Sports Editor Nearly nine days after his passing, St. Francis announced on Friday that they’re going to stay in-house in replacing the late-great Jim Bonds. The Golden Knights’ […] 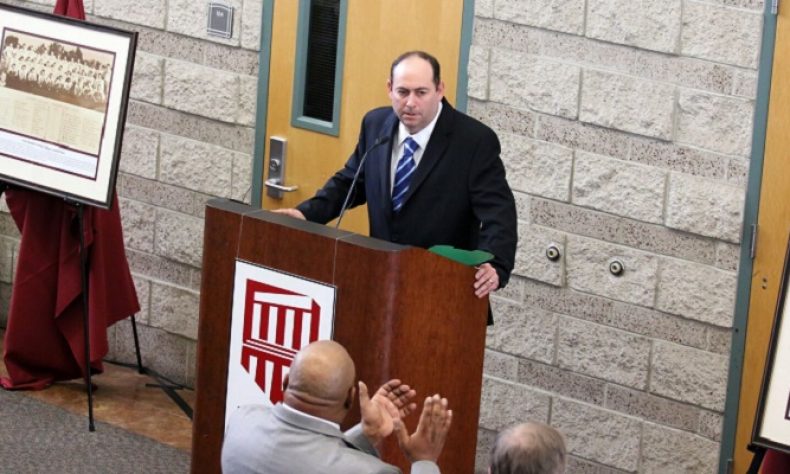 By Brian Reed-Baiotto, Sports Editor While PCC’s athletic programs aren’t necessarily known for being a consistent powerhouse, its Sports Information Director, Robert Lewis, is known for his 25 years of excellence. Lewis, 51, is seen by those at the school and within the community college circles as the gold standard for his tireless work, […]

College Football: Needless to say, it’s been a rough two weeks at St. Francis with the passing of head football coach Jim Bonds. He was just 51. But forward steps are being made by all, and that’s exactly what Bonds would have demanded of them. Two days ago, the La Canada school announced the program […] 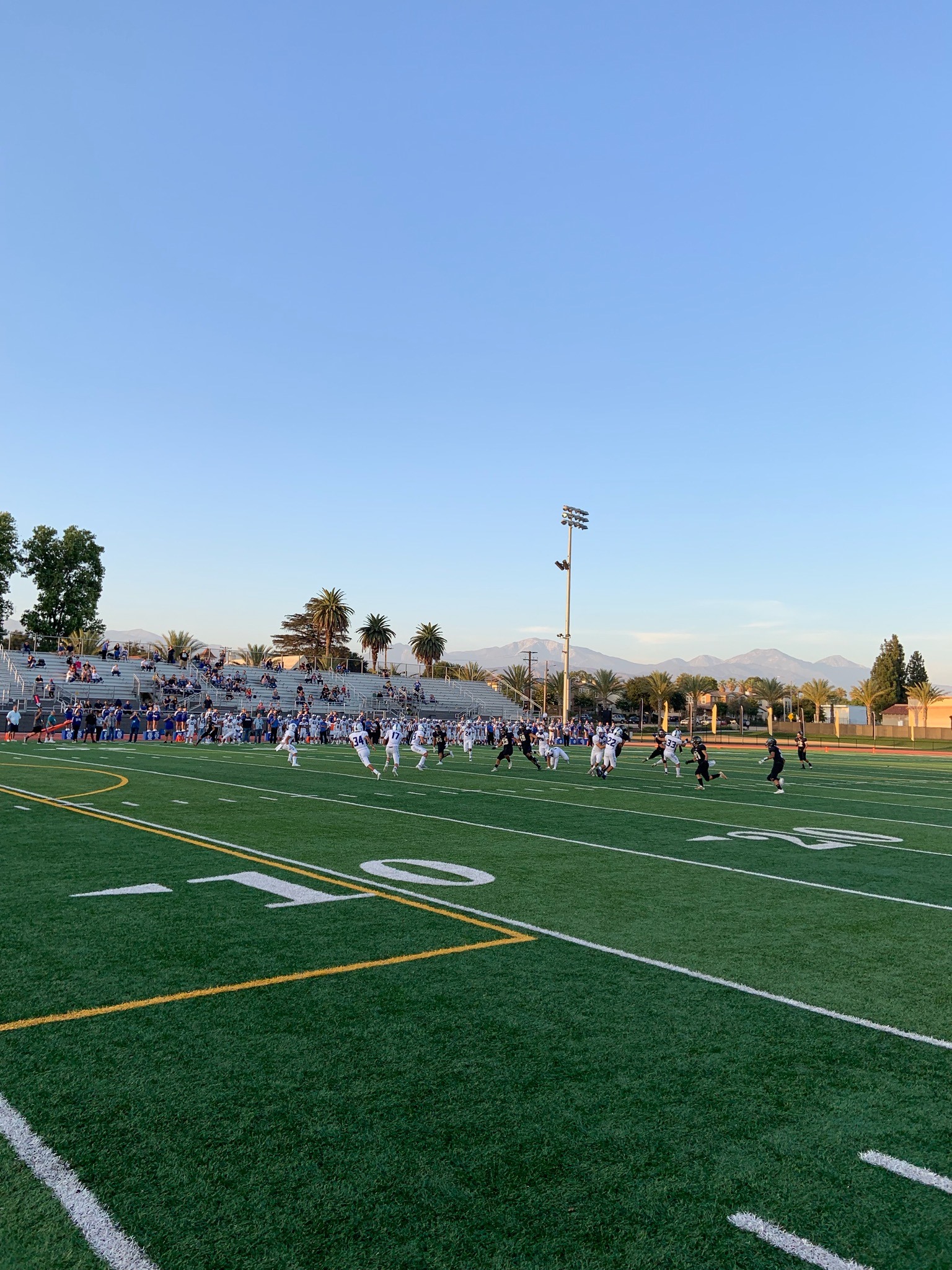 What a way to start his senior season. Northview quarterback James Jimenez dominated throughout Thursday’s opener against visiting El Rancho. Jimenez was 15 of 20 passing for 302 yards and three touchdowns. All three scores were to the Thompson brothers. Jimenez also led the Vikings in rushing, with 106 yards and one score on the […]

To say the No. 1 ranked team in the (CIF-SS) preseason Division 9 poll got out fast in their season opener would be an understatement. Bonita scored all 42 of their points in the first half. Sean Jastrab threw for four scores and 220 yards in just the first two quarters. The Bearcats earned a […] 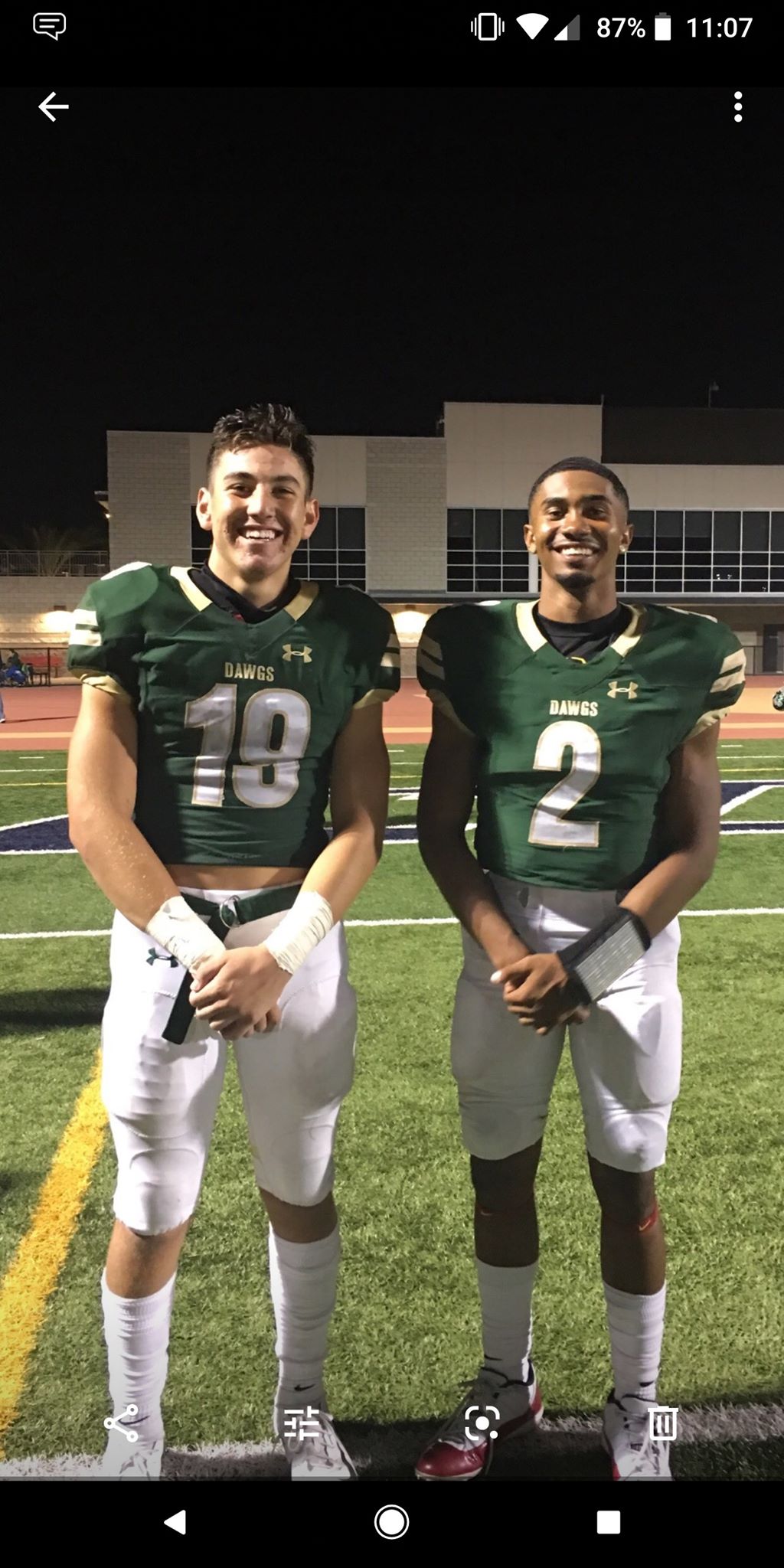 Khalil Ali began his senior year with a bang. The South Hills quarterback accounted for all four Huskies’ TD’s in the 28-12, season-opening victory over Eisenhower. All four were through the air. Ali hit Jordan Sanchez for three TD’s and Thonye Charles for the fourth and final score, which came in the third quarter. In […]

Maranatha didn’t throw the ball much in Friday’s season opener against Crean Lutheran in Irvine. But that was because they didn’t need to. The Minutemen scored 28 points in the first quarter and never looked back. MHS took down Crean Lutheran, 34-17, in week zero of the 2019 season at Portola High School. Zakarri Black […]

Damien couldn’t have scripted a better or more effective start against their highly ranked visitors from Glendora in Friday’s’ 2019 season opener. The Spartans went 15 plays on the game’s opening drive, ate up nearly nine minutes of clock and went up 7-0 when Jordan Barton hit Justin Ponce for a 3-yard TD pass. And […]