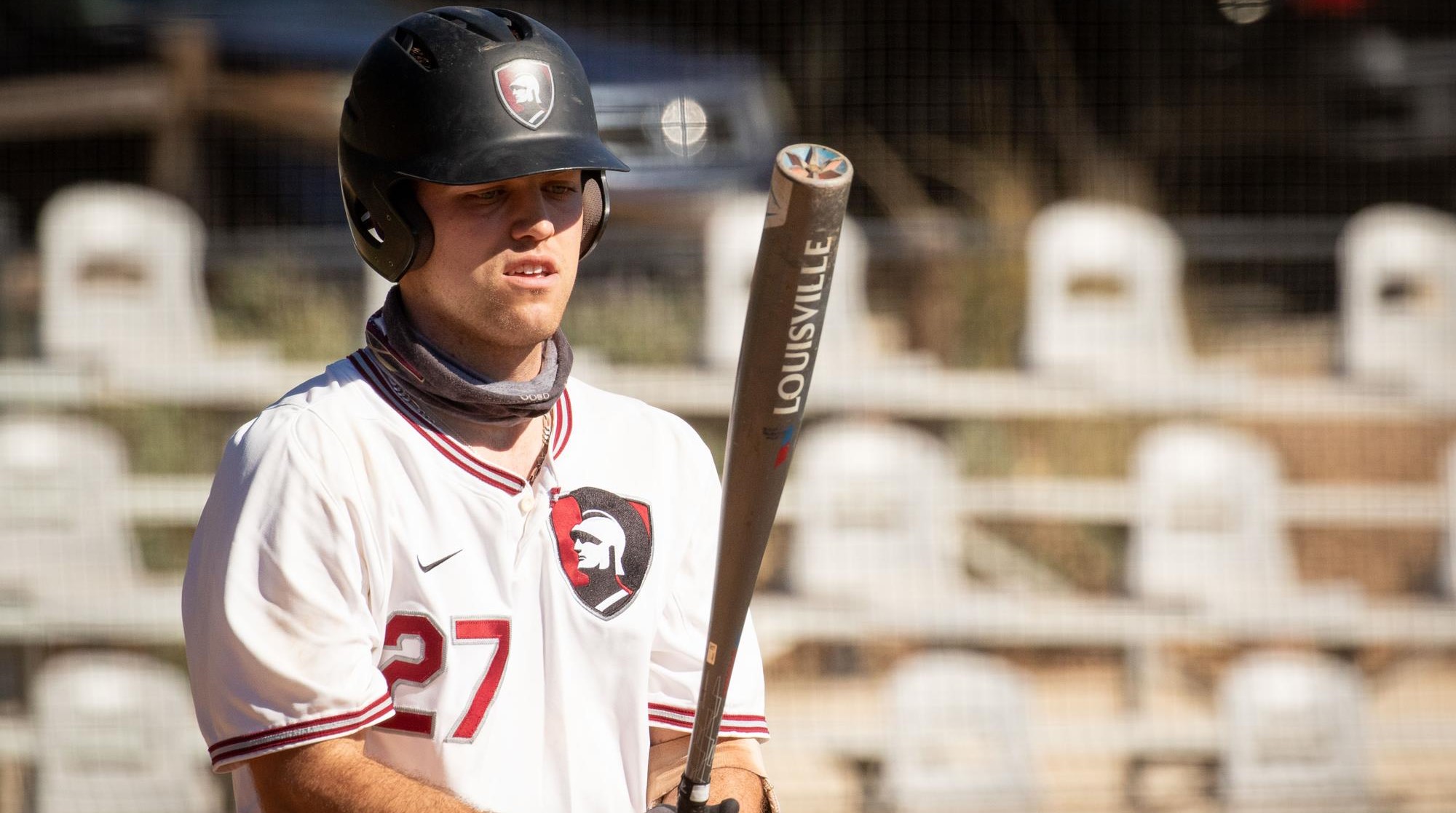 Daniel Netz has everything in the world going for him.

You would need to be acquainted with Daniel to know that, however, because bragging or being high on oneself doesn’t run in the Netz family DNA.

Daniel was the first of three children born to Lisa and Dan Netz.

He’s also been a terrific big brother to his siblings, Dawson and Devyn.

Dawson and Devyn starred for the Maranatha baseball and softball programs, respectively, and they both currently pitch for the University of Arizona.

Dawson and Devyn both have multiple no-hitters to their name, and in 2016, Dawson set a CIF-SS record for consecutive scoreless innings pitched after refusing to allow a run to cross the plate in nearly 60 innings.

And while watching his brother and sister receive a ton of accolades, Daniel didn’t show any signs of jealousy or envy, because he was both proud and happy for their success.

In prior features, both Dawson and Devyn said on a number of occasions that their inspiration to succeed came from their big brother and by the example he set for them.

What hasn’t been told and needs to be, is the fact that Daniel himself, through dedication, hard work and sacrifice, turned himself into a solid baseball player and prioritized his education in a way that many athletes fail to.

And Daniel has a history of finishing strong.

At Maranatha, he batted just .217 during his sophomore campaign.

But Netz busted his butt and one season later, he raised his average by 112 points.

By the time his senior year rolled around, Daniel had more than doubled his batting average from 2014.

He finished his prep career by hitting at a .444 clip, and that also included 31 hits, 12 runs scored, seven doubles and a triple.

Daniel’s 24 RBI’s that year was tops for the Minutemen.

Netz would go on to play at PCC for one year and spent the last three at Westmont College in Santa Barbara.

After a couple of challenging years statistically at the collegiate level, Netz again saved his best for last.

And he added a new wrinkle to his game, the long ball.

Daniel didn’t go deep in his high school or college career until 2021.

But he sure made up for it this season.

Daniel’s 12 home runs and 38 RBIs were both second best for the Westmont program.

In 2021, he nearly doubled his hits total from the previous season and Daniel went from scoring 14 runs in 2020 to 31 this year.

But it was those 12 home runs and upping his RBI total from 10 to 38 that helped the Warriors finish just two-games back of first-place Vanguard and Hope International in the GSAC standings.

As well as Netz played during his baseball career, it was earning a degree in Business Economics at Westmont that will impact his life the most.

And lastly, it’s Daniel’s character and the way in which he carries himself and treats others that has his family, friends, teammates and coaches so proud.

Quotable:
Westmont baseball coach, Robert Ruiz: “Daniel was the type of player that every coach wants in their program. He was never about excuses, but always about solving problems. He looked for solutions to improve his game, his role and his impact on the team, even when he was in the lineup everyday. He thrived in his time here and his role grew exponentially over time. He became a dependable player that we often looked to to carry us through big moments. Beyond his impact on the field, Daniel was someone who we valued for his leadership and commitment to excellence off the field. He was a great teammate who always looked for ways to add value. He remained positive in difficult situations and grew into the type of leader you want in your community. I am proud of the accomplishments he made, the impact he made and the legacy he left on our program. Westmont was fortunate to have had him in our program and as a student on our campus.”

Maranatha baseball coach, Matt Shupper: “I was privileged to coach Daniel for four years and to this day, I remember him as one of the kindest kids that I’ve ever been around. He was a great competitor and loved the game. He has an infectious smile and a very funny side to him that very few get to see. He was also a very loving and caring person to his teammates and his family. Daniel had many clutch hits for us and he was able to play a number of positions well. He was always willing to do anything we needed of him, because he’s the ultimate teammate. I was so happy to see all of his hard work pay off with the success he had at the collegiate level.”