Thanks to Jeffery Griffith for the photos:

The last time Pasadena beat Arcadia in a Pacific League baseball game, Joe Bacon was in the third grade.

In fact, the Bulldogs hadn’t defeated AHS since April 8th of 2014.

Arcadia has won at least a share of the last three Pacific League titles, and the odds are, the Apaches will do again in 2022.

And that’s what made Tuesday’s 8-1 victory so special for the boys in red.

Bacon played a starring role for the Bulldogs.

The PHS junior went the distance and allowed just the one run on five hits. 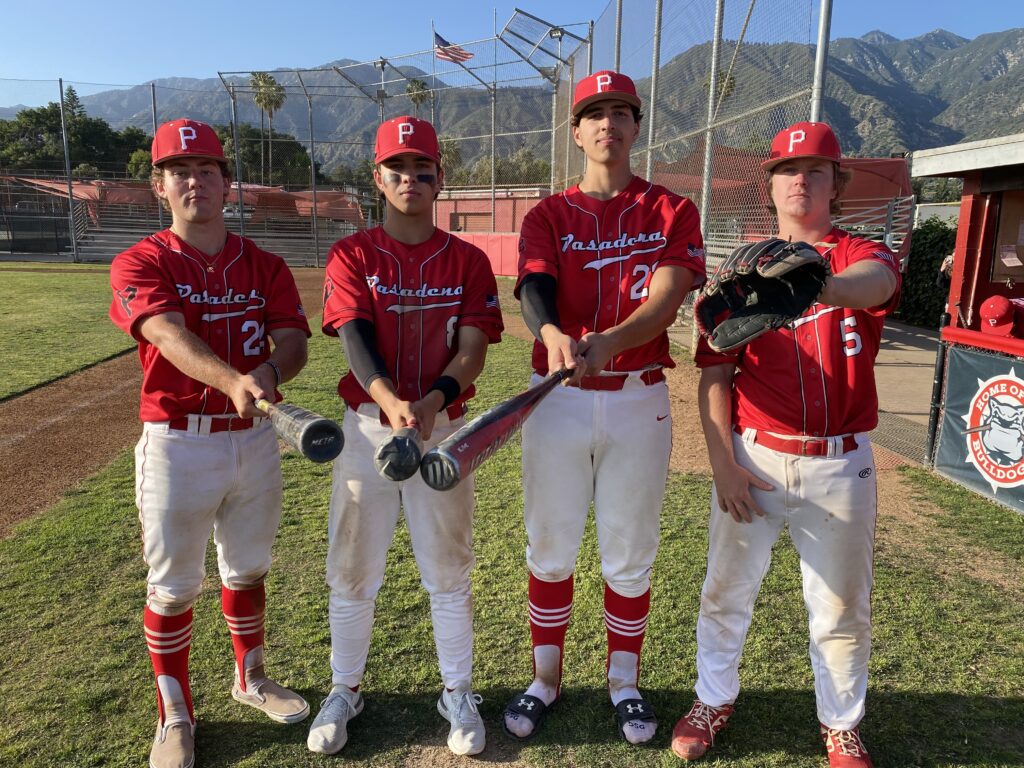 It took Bacon 86 pitches to finish what he started.

The 2022 season hasn’t gone as well as PHS would have liked, but there have been some highlights sprinkled here and there, including a -0 victory over Burroughs in eight innings.

The Bulldogs enter the final week of the season with a pair of league games with their rivals from Muir, who are 4-15 this season, and just one-game ahead of last-place Hoover.

Bacon will be looking for his fourth consecutive Pacific League victory as he’s expected to start Tuesday’s game at Muir.