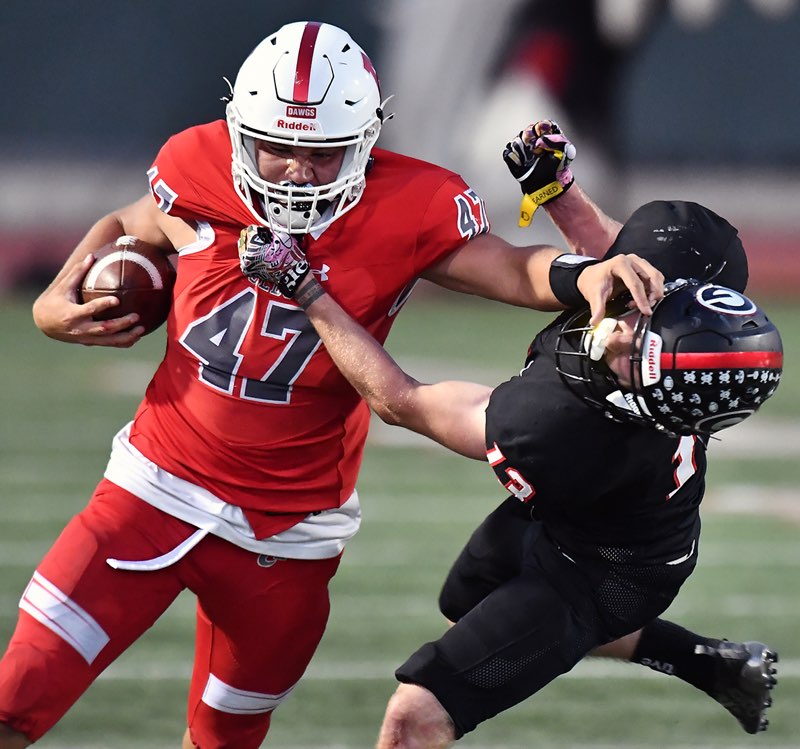 In a game that was likely to be determined by the Ayala and Glendora running backs, a freshman quarterback took over and stole the show.

The Tartans’ Braydon Brus and Noah Acuna, and the Bulldogs’ Elijah Crockett and Jacob Badawi, have bled both their opponents and the game clock dry through the first three weeks of the 2021 spring football season.

But on Friday night, and with all eyes on the running backs, Ayala freshman Bryan Wilson picked apart the Tartans defense.

Wilson completed 11-of-12 passes for 160 yards and a pair of TD’s in the first half alone. 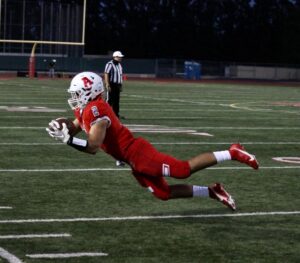 Ayala handed Glendora its first loss of the season, shutting out the Tartans, 35-0, thanks to superb play on both sides of the ball.

Chandler Carthan’s early interception of Jake Denerson was the first spark and the Tartans would never be able to mount much of a challenge.

Monroe caught six passes for nearly 100 yards, including a 29-yard scoring strike to open the floodgates.

The Ayala defense deserves a tremendous amount of credit after holding Glendora to 59 yards of total offense.

Jake Denerson completed three of his 13 pass attempts for 23 yards and an interception.

Wilson would finish with 197 yards passing, and that included a 20-yard TD pass to Chandler Carthan.

Jacob Badawi and Elijah Crockett both scored on short TD runs in the first half. 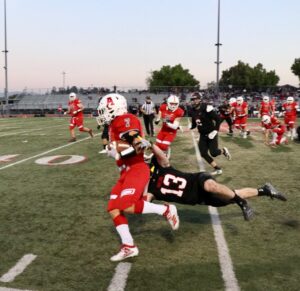 As intense and spirited as the game was, one scary moment brought the entire crowd and both sidelines to a complete silence.

Ayala’s Deniz Koseoglu was back to punt and got hit on the leg for what was determined to be a personal foul.

His leg snapped and equally as unsettling as the view was, the loud snapping sound it made when it broke horrified all in attendance.

Koseoglu reportedly snapped his leg back in place before being taken to a hospital in the back of an ambulance.

It goes without saying that we all wish Deniz a quick recovery.

Up next: Glendora will finish the season on Thursday at Bonita, and Ayala will take the five-mile trip to Chino Hills High School on Friday.