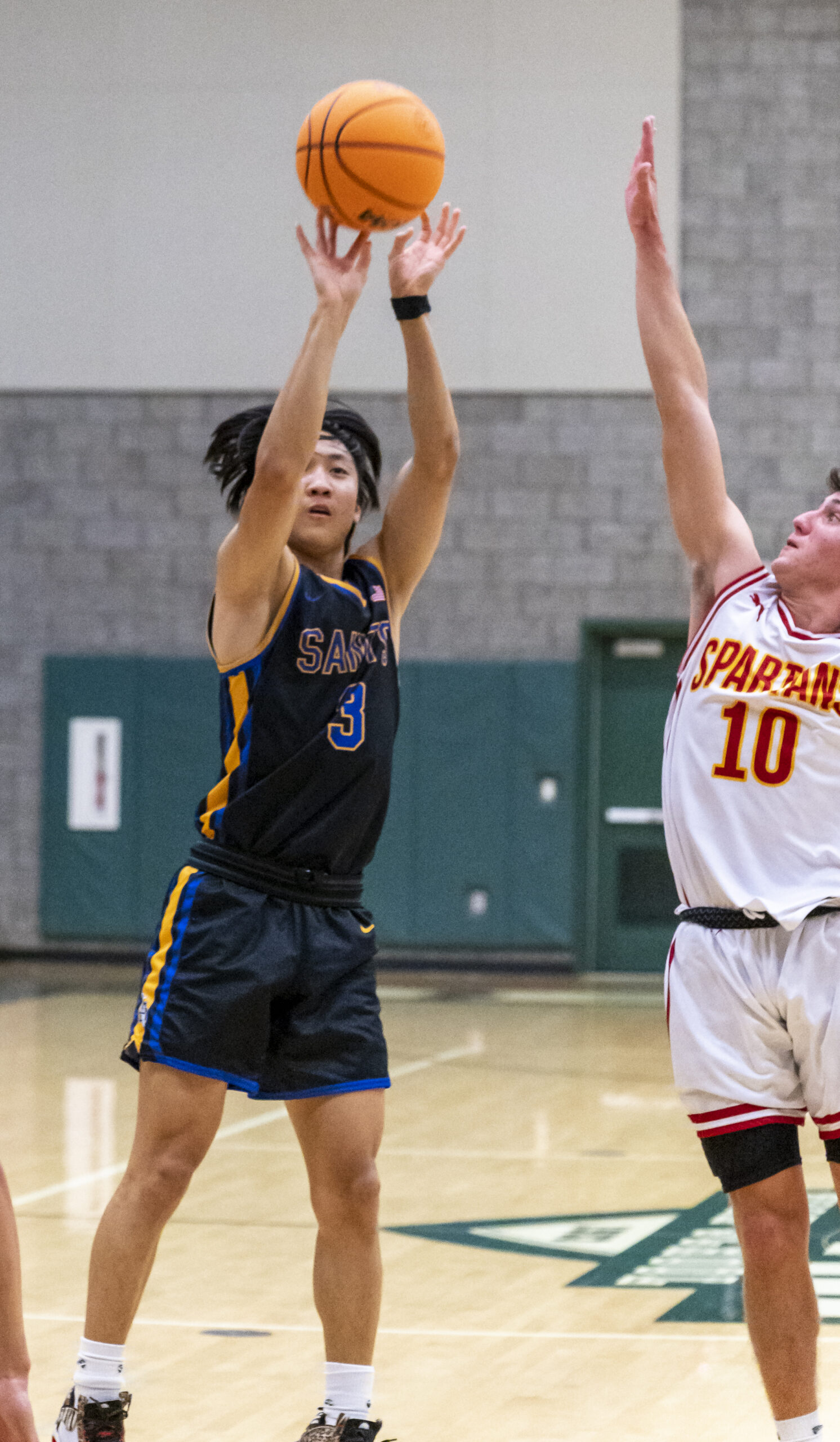 The Saints had a 12-point advantage in the fourth quarter, but to the Spartans’ credit, LCHS shaved the lead to three.

San Dimas, however, did just enough at the free-throw line to edge LCHS at Bonita in a Green Division game at the Classic at Damien.

The Saints got 14 points, six rebounds and four assists from Aaron Park.

And Logan Hodson chipped in with eight points, 12 rebounds and three assists

Matthew Plocher had 11 points and Josh Pastor finished with 10.