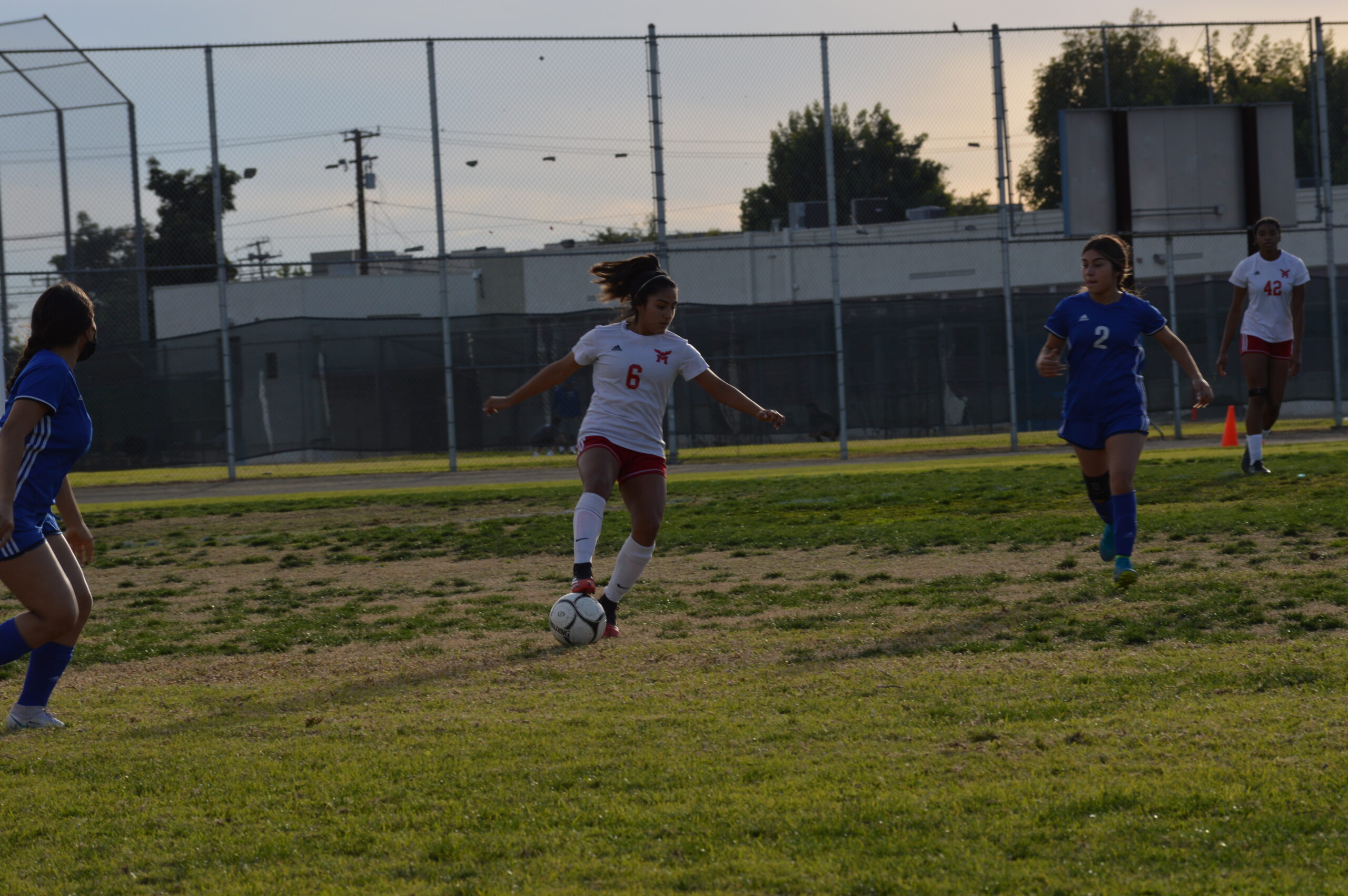 Marshall Fundamental improved to 5-0 in Mission Valley League games thanks to victories over El Monte and South El Monte this week.

The next afternoon, Marshall Fundamental claimed a 4-0 victory over South El Monte.

Mary-Ann Ballard, Cora Adomou and Cadence Fisher chipped in one goal each.

On Tuesday, Brianna Marquez scored twice, while Cadence Fisher and Cora Adomou had one goal apiece.

Up next: Marshall will travel to PHS today (Friday) to take on the Bulldogs (2-4-1).