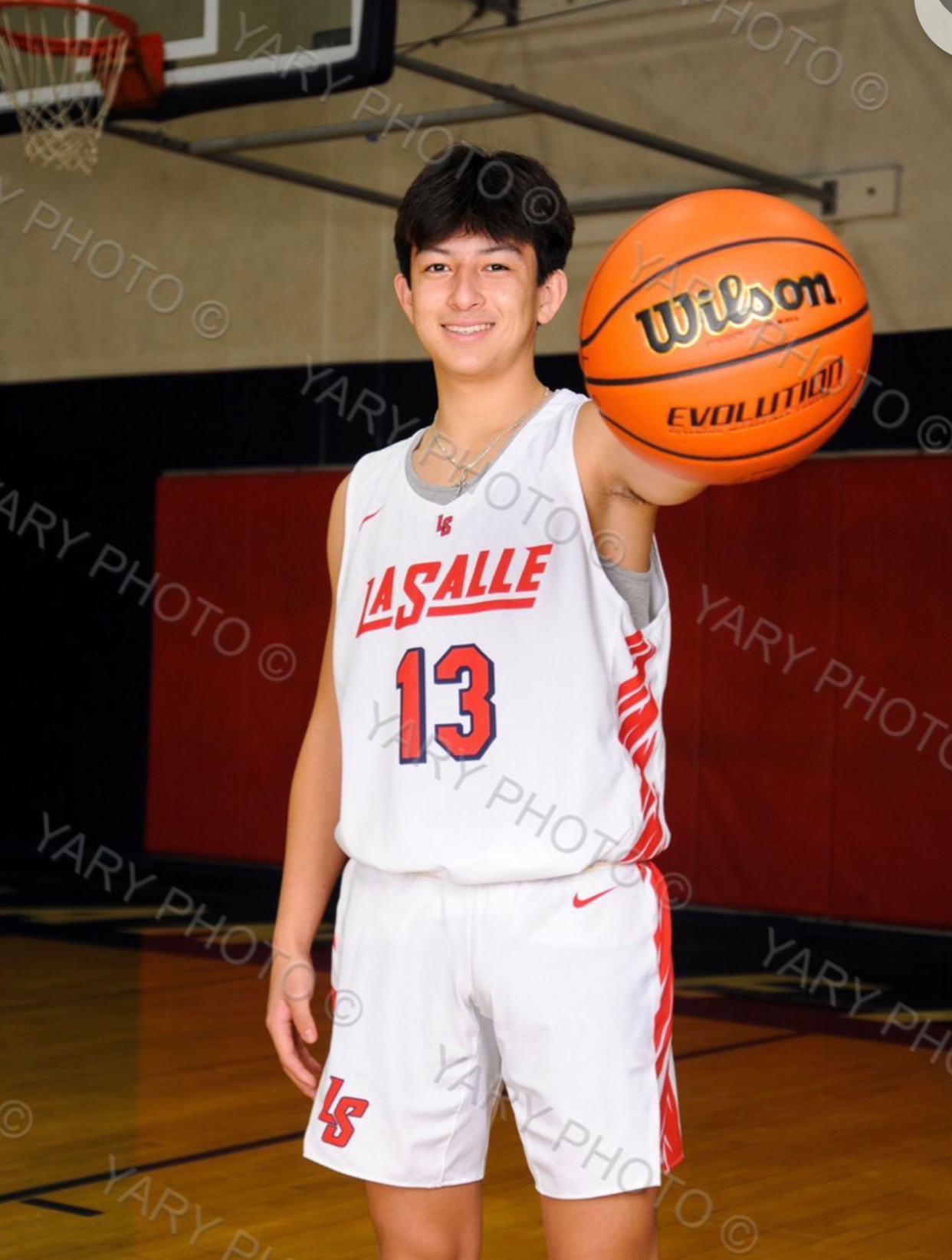 Thanks to La Salle for this photo of Jacob Chin

Unfortunately, COVID seems to be inviting itself back into our daily lives.

A number of winter-sport tournaments have beeb canceled or altered, and the La Salle boys basketball program had their schedule adjusted at the South Pasadena Tournament on Tuesday.

The Lancers were supposed to play Grant in the quarterfinal round of the Gold Division.

But after Grant had to drop out. La Salle would face and defeat Providence, 70-67, to win its second consecutive game since returning from a break.

Derek Peterson continues to lead the way with a game-high 25 points.

Jason Patterson contributed 17 points and nine rebounds in the win.

La Salle captain, Jacob Chin, might have scored just two points, but the senior, who Coach Mike Lynch calls his ‘leader’ and ‘my coach on the court,’ dished out 13 assists, which is the most any Lancers player has tallied in Lynch’s seven years at the Pasadena school.

Up next: La Salle will battle Mission Prep (6-6) Wednesday night in the semfifinal round of the Gold Division.