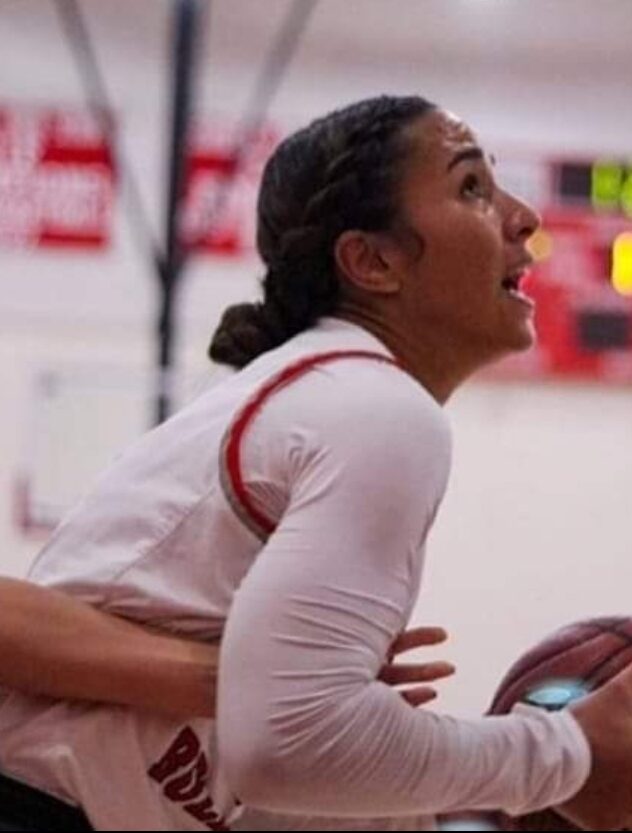 Olivia Hodges had a monster week for the Pasadena girls basketball program.

The Bulldogs have just seven players this year, and yet they’ve been competitive in each of their four games.

After a pair of Pacific League losses to open the season against Burbank and Crescenta Valley, the Bulldogs claimed a two-point victory over Crossroads, and on Friday, PHS won its first Pacific League game, a four-point triumph over Arcadia.

On Tuesday, she had 30 points and 13 rebounds in the loss to CV.

One night later, PHS won its first game of the season, defeating Crossroads, 64-62.

In the win, the Bulldogs’ senior had a career-high 35 points, to go along with her 11 boards and three steals.

On Friday, Pasadena got Pacific League victory No. 1, edging Arcadia, 60-56.

In spite of fouling out with five minutes left in the game, Hodges had 20 points, 11 rebounds and five blocks.

Hodges would be the first to credit her teammates, not just for outlasting the Apaches after fouling out, but also for persevering the end of the third quarter and all of the fourth with just four players on the court.

Christine Manoukian played a starring role, scoring a game-high 22 points for the Bulldogs.

Up next: Pasadena will host Hoover on Thursday.