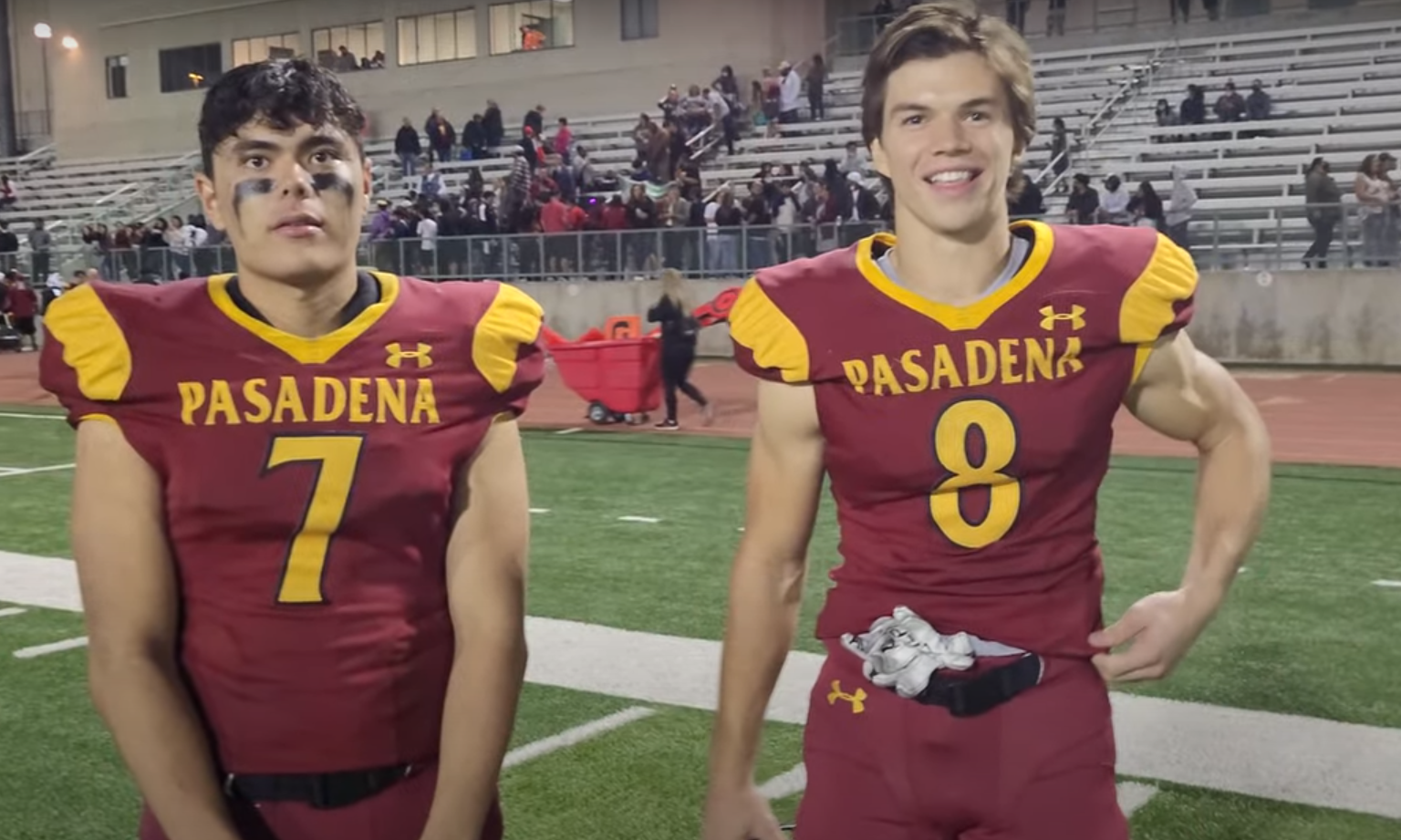 Athletes of the Week:

Having chemistry with teammates is invaluable in any sport, and perhaps none greater than football.

PCC quarterback Kade Wentz and receiver Wheeler Smith have been the best of friends for nearly their entire lives.

And before suiting up for the Lancers, Wentz and Smith played together at San Marino High School.

On Saturday, that chemistry was obvious.

Wentz hit Smith on an 85-yard TD in the second quarter to give PCC a 7-0 lead over visiting Grossmont.

The Lancers’ duo opened the second half with a 16-yard scoring play and PCC would go on to dominate the Griffins, 41-10.

The significance of Saturday night’s victory meant PCC claimed an eighth victory of the season, and that ties for the most wins some 18 years ago.

Wentz completed 15 of his 24 pass attempts for 267 yards and three TD’s, and that included a 48-yard scoring strike to Kenneth Russell in the third quarter.

Smith finished with four receptions for 124 yards and those two scores.