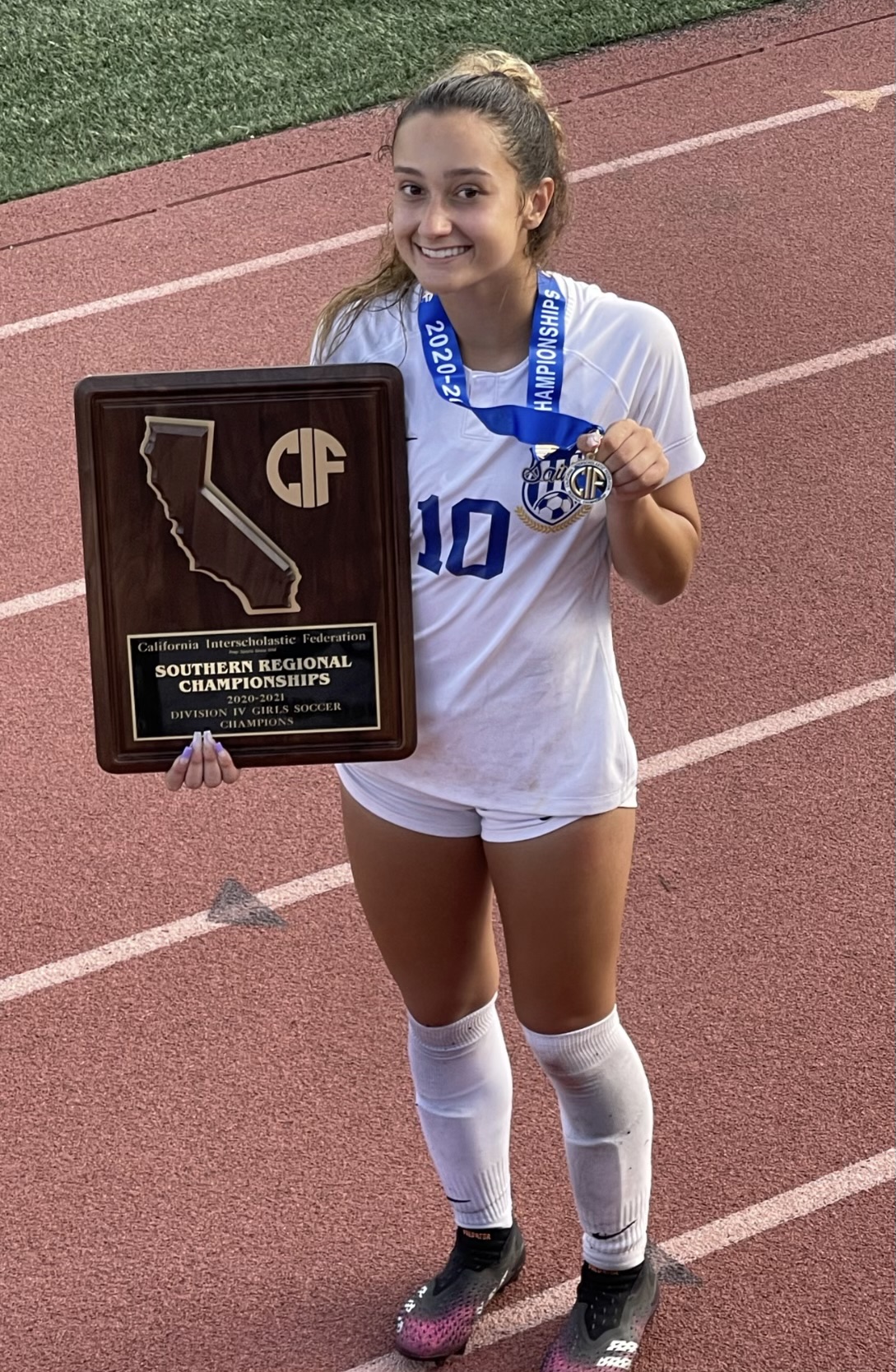 And to pour salt into their collective wound, it was the Saints first loss in 2021.

One week later, though, San Dimas defeated San Marcos, 2-1, in Tuesday’s quarterfinal round, and they followed that up two days later with a 5-0 drubbing of Paraclete.

That set up a rematch with El Segundo in Saturday’s D-4 title game.

And  San Dimas was able to get the redemption they wanted so badly with a 5-2 victory over the Eagles on their own field.

Limos scored once on Tuesday, and twice each in the semifinal and championship games.

She now has 46 goals, which is thought to be the most in the state of California.