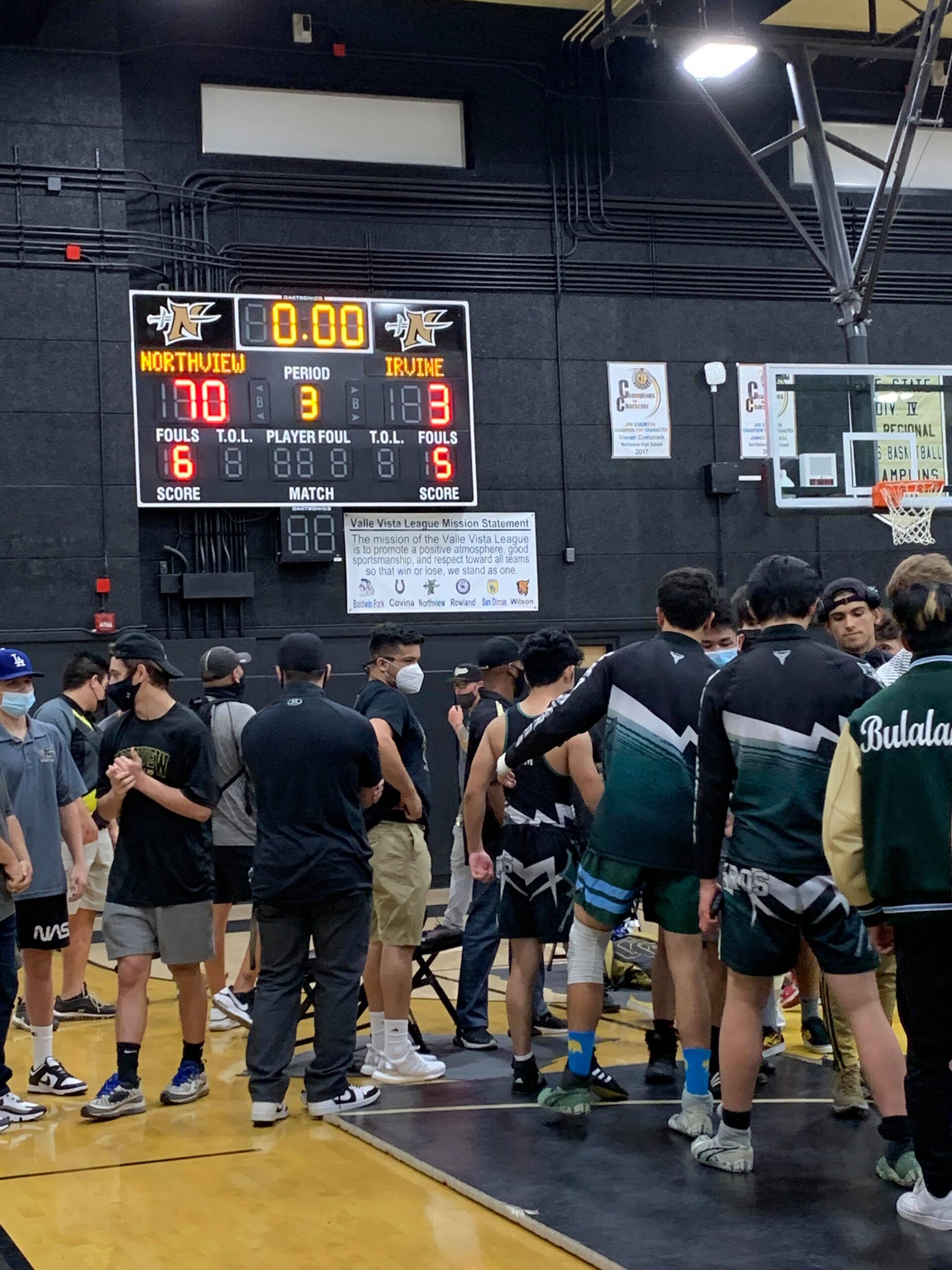 Northview’s Jacob Tapia (120 pounds) started the night with a pin and the Vikings would go on to crush Irvine, 73-3, in the first round of the CIF-SS Division 2 team duals.

Up next: The top-seeded Vikings will host Etiwanda on Saturday at 1.

The Eagles defeated Paramount, 45-30, in their first-round match.