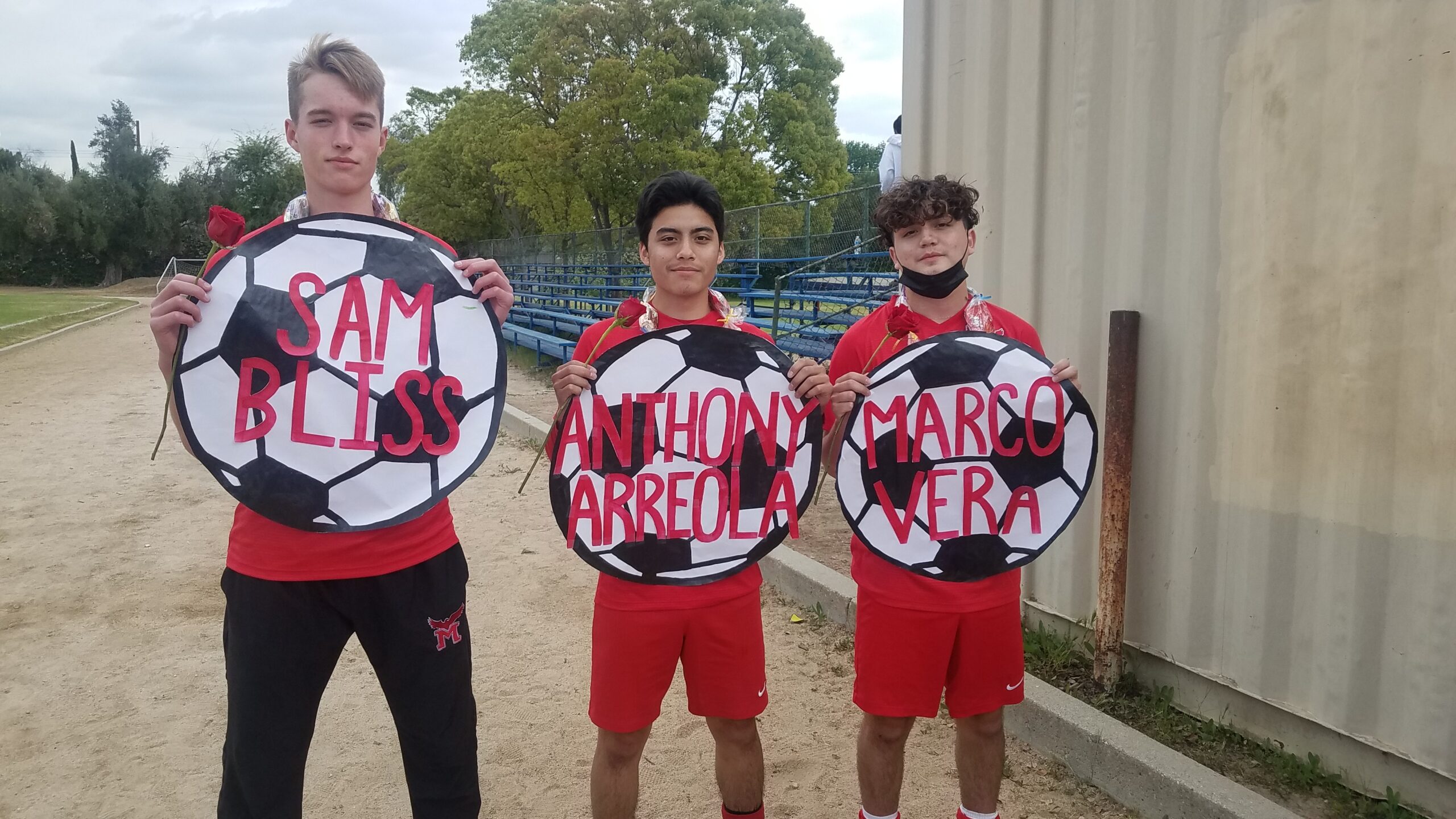 **Thanks to the Marshall Fundamental soccer program for sending in this report:

Marshall Fundamental’s senior night was highlighted by yet another opportunistic win.

This time it was a 4-1 victory over South El Monte.

Based on the latest scores, Marshall Fundamental keeps its solid second place in the Mission Valley League and, more importantly, on track for the 2021 CIF-SS playoffs.

The senior night win could not have been possible without the help of this year’s graduating class: Anthony Arreola, Sam Bliss, and Marco Vera.

The seniors’ contributions ensured Marshall to maintain a favorable result for the entire game.

Eduardo Reyes with two goals, and Aaron Espana with 1, provided the total of three goals in the first half.

Tex Bonham kept the nets safe in the first segment of the game, with an anemic, but effective 3 saves.

Early in the second half, South El Monte capitalized on a high cross with a lucky header that caught Marshall’s substitute keeper, Rayshon Robert, off balance.

In this manner, South El Monte would score their only, and last goal of the contest.

Goalkeeper Robert recovered from that miscalculation and saved all three shots on target mustered by South El Monte during the second part of the game.

Victor Camacho made the fourth goal.

The final whistle with the final score of 4-1 was a welcomed win for Marshall Fundamental.

All year, the efforts from Eagle Senior players, combined with the work from the remaining, resilient, Marshall Soccer squad, in a surprisingly positive transitional season, is almost a certain destiny calling for something soccer-awesome to happen.

The Eagles cannot wait for that to be revealed in the near future!