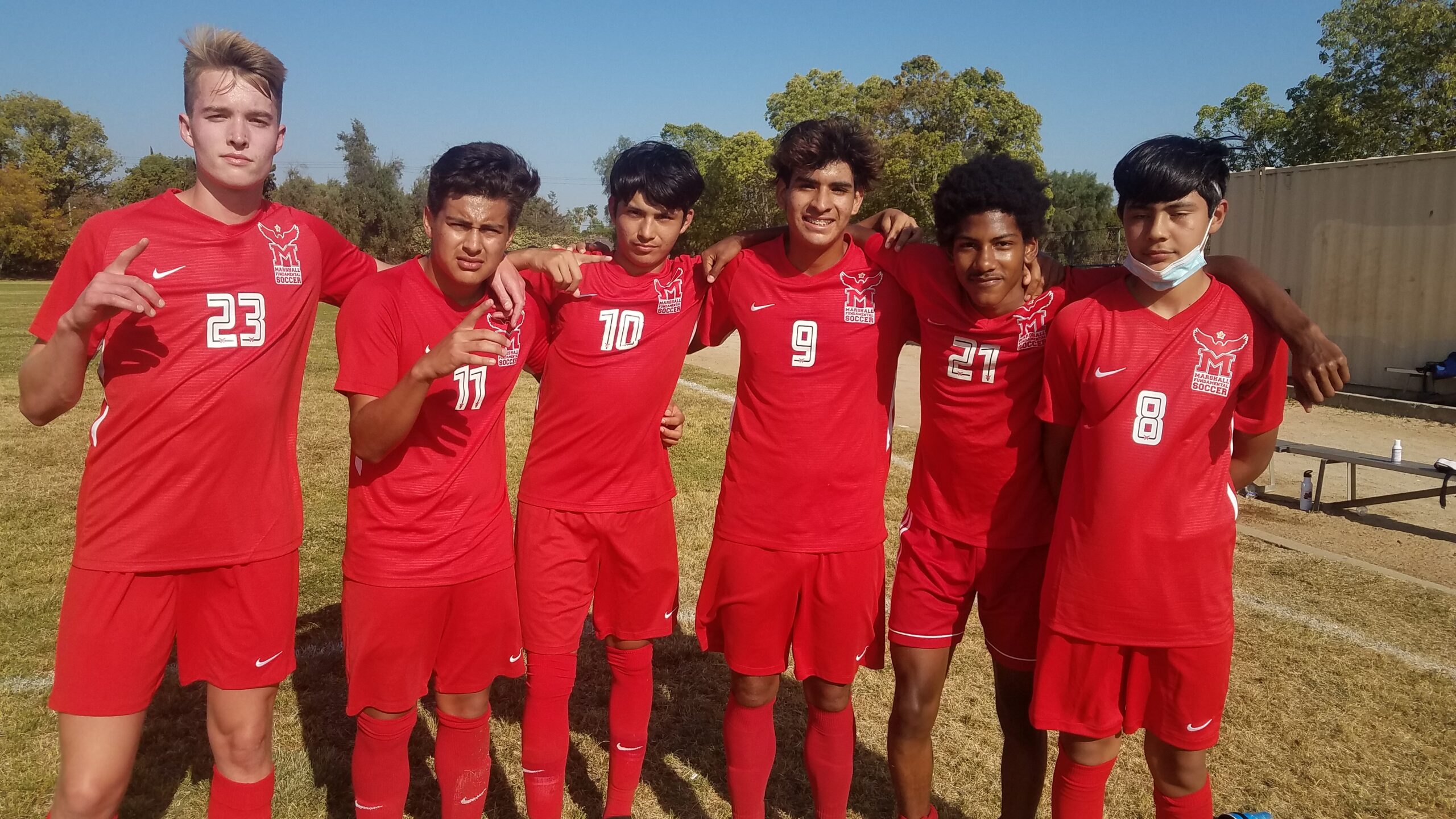 **Thanks to the Marshall Fundamental boys soccer program for sending in this game report:

This week, we are looking to continue to find our winning ways and making the CIF-Southern Section playoffs.

Today was a better day with a 3-0 win vs. Mission Valley League rival EL Monte.

It was a tough contest all first half versus a very well organized Lions’ defense.

Aaron Espana broke the stalemate about minute 20 of the first half.

We continued to control the tempo of the game in the second half by producing good offensive runs, all while our goal posts were well guarded by Tex Bonham, who has seven saves on Tuesday.

Our offensive play finally produced a goal from a set play via strong header from Cristian Villegas at minute 15 in the second half.

Another goal came from our persistent offense, via Sam Bliss, at minute 20.

The win granted us mental relief and the second place in the Mission Valley League standings.

Up next: The Eagles will host Rosemead on Thursday at 3:15.